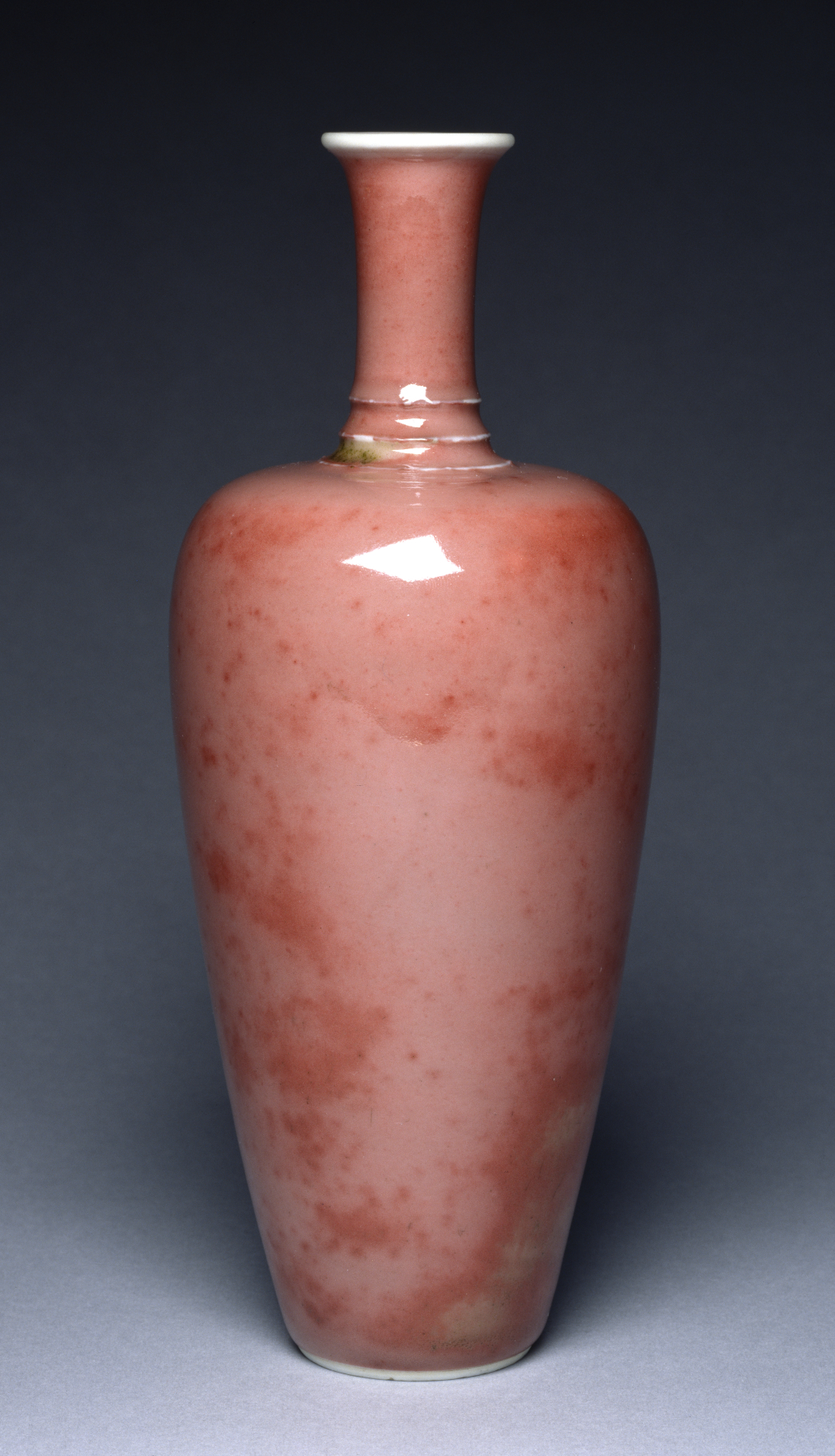 This vase of apparently simple shape swells slowly as it rises from its foot. At the shoulder it contracts sharply, and at the neck there are three sharp-edged collars punctuating a point of union and breaking the glassy smoothness of the body of the vessel; the mouth spreads slightly. Beneath the glassy surface, one can detect subtle modulations from dull pink to red to grayish green - the whole offering a seemingly infinite variety of nuances. In Chinese, the color is sometimes called kidney-bean red, and the shape is that of a "three-string vase" (after the rings on the neck). The vase was made as one of a set of eight different vessels, all intended for the scholar's table. There were flower vases of different shapes, together with vessels used for washing brushes and holding red seal-paste. The glaze is now thought to be the result of sandwiching a layer of copper pigment between two layers of clear glaze - the end-product of a period of experimentation with copper red glazes that began in the late 17th century. The shape of the vase is an intellectualized and refined version of Song Dynasty wares. Evidently there was court patronage; this vase may once have been owned by the first Prince Yi (1686-1730), thirteenth son of the Kangxi emperor and ancestor of its 19th-century owner. 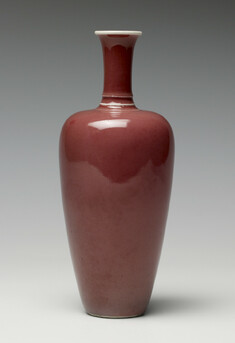