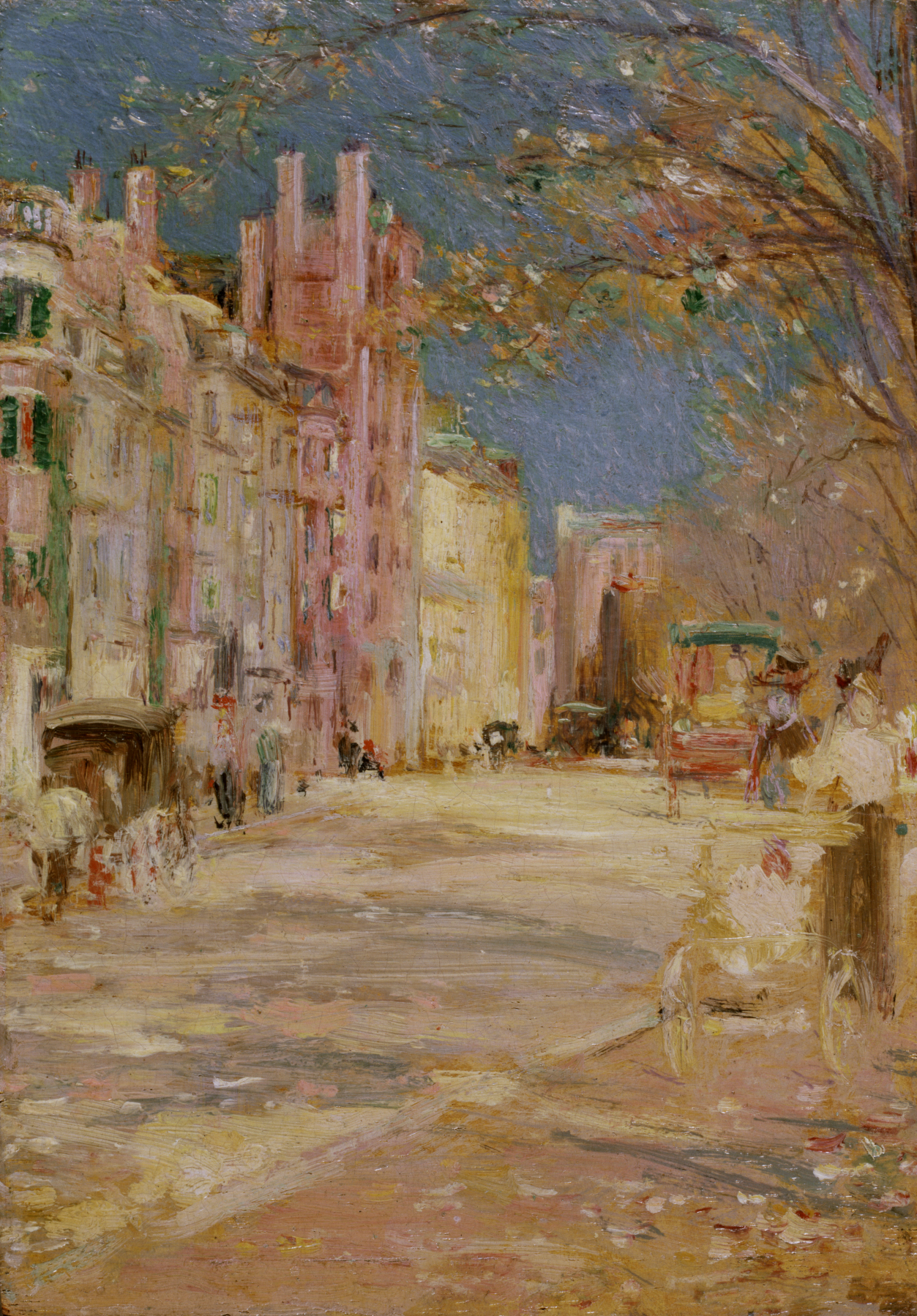 For years, Bannister painted landscapes with muted colors that recalled the works of the French Barbizon school so popular among New England collectors during the second half of the 19th century. However, in one of his last works, which he painted during a stay in Boston in the late 1890s, Bannister adopted a much more vivid palette.

Bannister, the son of a black immigrant from Barbados and his Scottish-Canadian wife, was born in St. Andrews, New Brunswick, Canada. Initially a seaman, he settled in Boston, where he eked out a living as a hairdresser and as a hand-tinter of photographs. With the encouragement of his wife, he turned to painting and for a while shared a studio with Edwin Lord Weeks. His atmospheric landscapes found a ready market, especially in Boston. At the Philadelphia Centennial Exhibition in 1876, Bannister received a first-place medal. He was the first African-American artist to win a national award, but the judges were surprised by his ethnic background. Bannister resided in Providence, Rhode Island, where he became one of the seven founding members of the Providence Art Club, an institution that still flourishes today.

Museum purchase with funds provided by the Eddie and Sylvia Brown Challenge Grant and matching funds for the acquisition of African American Art, 2002