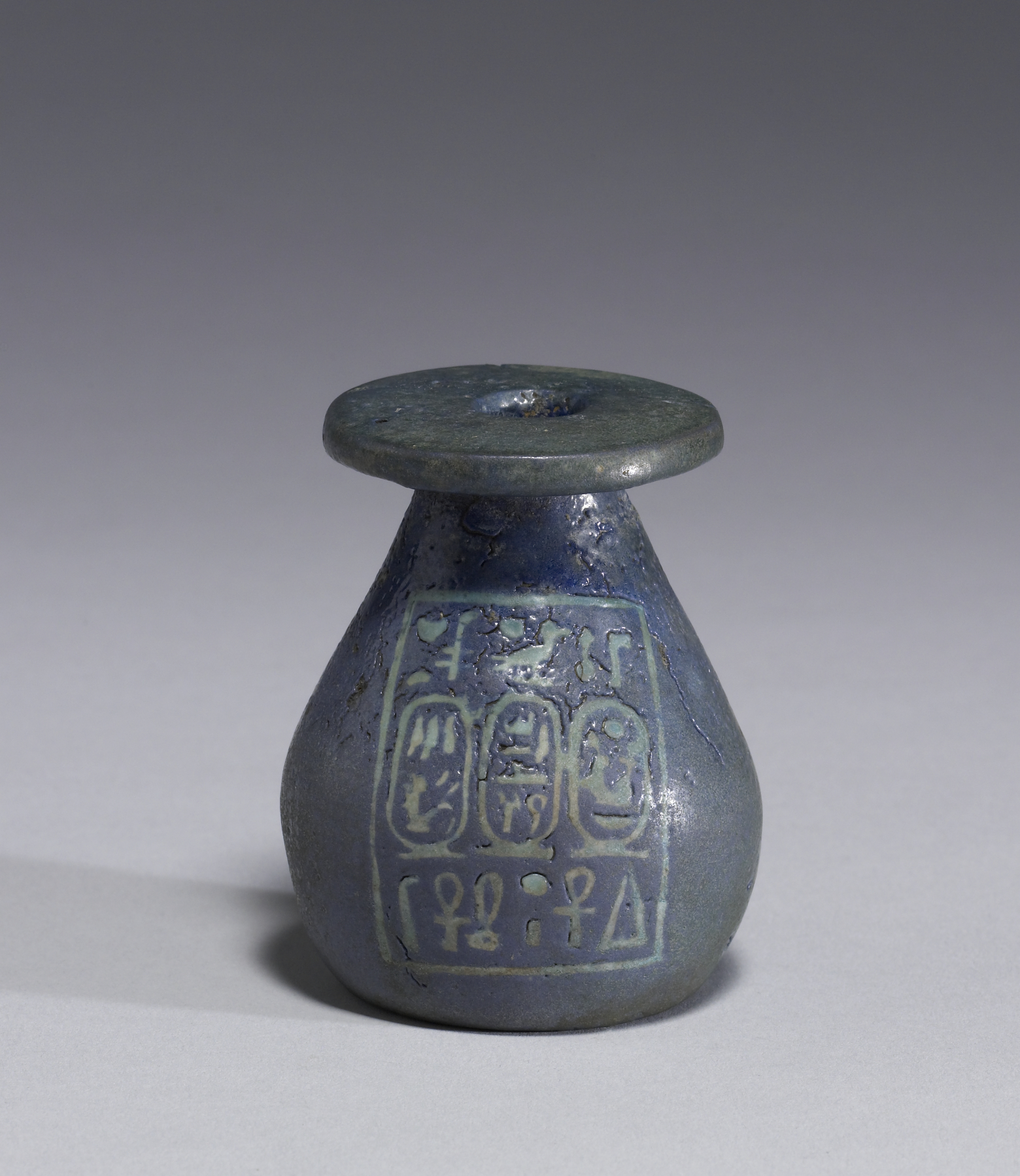 Vase with Names of Amenhotep III and Queen Tiye

Royalty of the 18th Dynasty commissioned luxury goods in glazed faience and glass. Vessels bearing royal names could have been reserved for royal use or given as gifts to worthy subjects or visitors to the court. This vase contains the names of King Amenophis (Amenhotep) III and Queen Tiye.

This small vase was once a part of the MacGregor collection. The vessel's shape imitates a bag or a sack. It was a popular shape during the 18th Dynasty in pottery, stone, painted wood (to imitate stone), as well as faience. The bottom of the vessel is flat allowing it to stand freely on a flat surface. The flat top of the vessel could have originally been closed by a similarly shaped flat lid, as is seen in many examples dating to the 18th Dynasty.

The vessel shows a dark residue on the inside. Although chemical analysis has not yet been performed to determine what kind of substance the vessel contained, it is possible that it originally contained some kind of expensive cosmetic, possibly kohl, oil, or perfume.

[Translation] Perfect god, Neb-maat-Re, son of Re, Amenhotep-Ruler of Thebes, may he live like Re; Royal wife, Tiye, may she live.