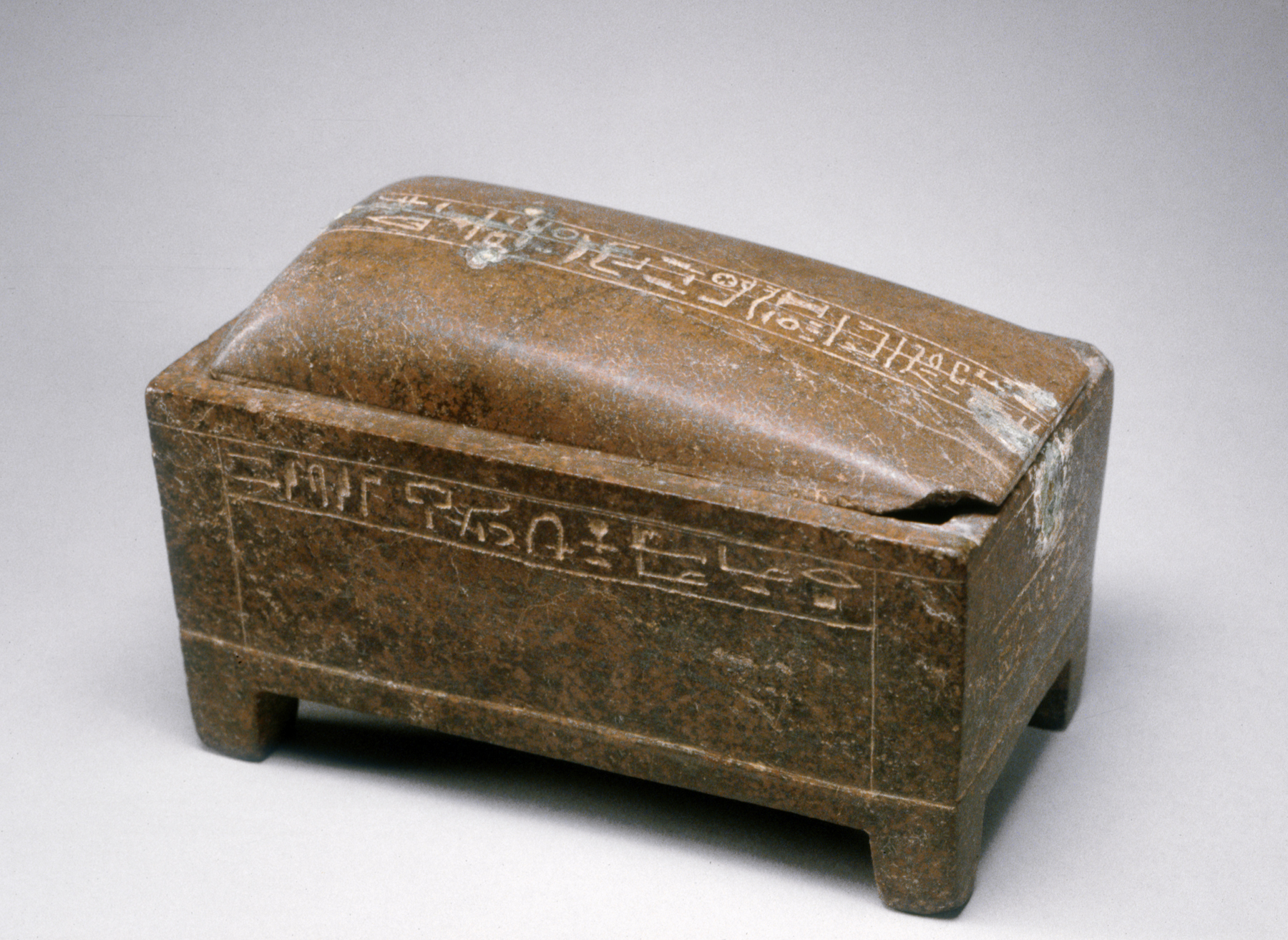 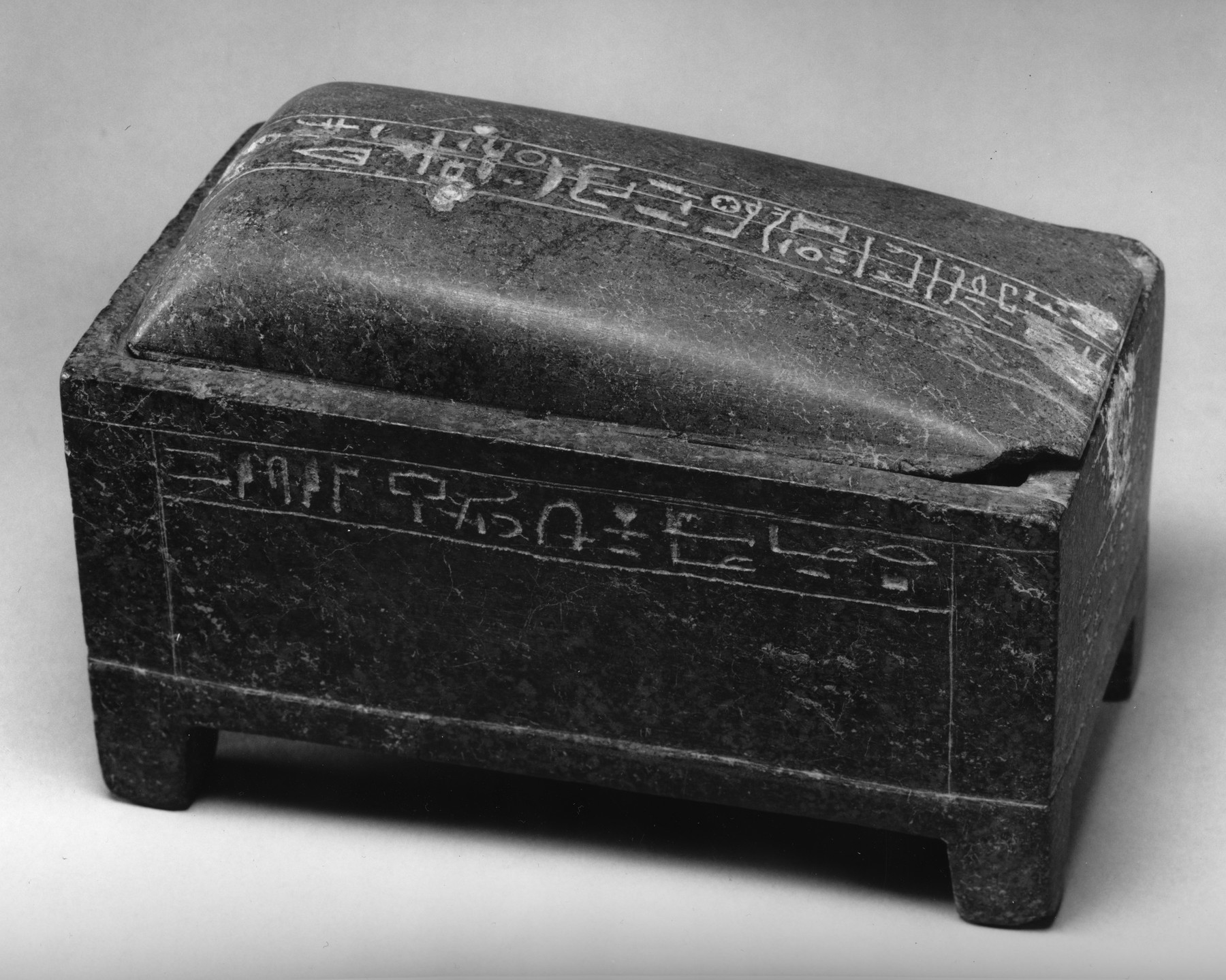 This unusual container, in the form of a miniature shrine or shrine-shaped sarcophagus, was made for an important official, the treasurer and steward Neter-isy, and his wife Nub-em-seshy. Since the lid is inscribed with an offering text and Neter-isy is called "the justified," meaning deceased (on the right side of the box), the container was probably a funerary object included in the couple's tomb.