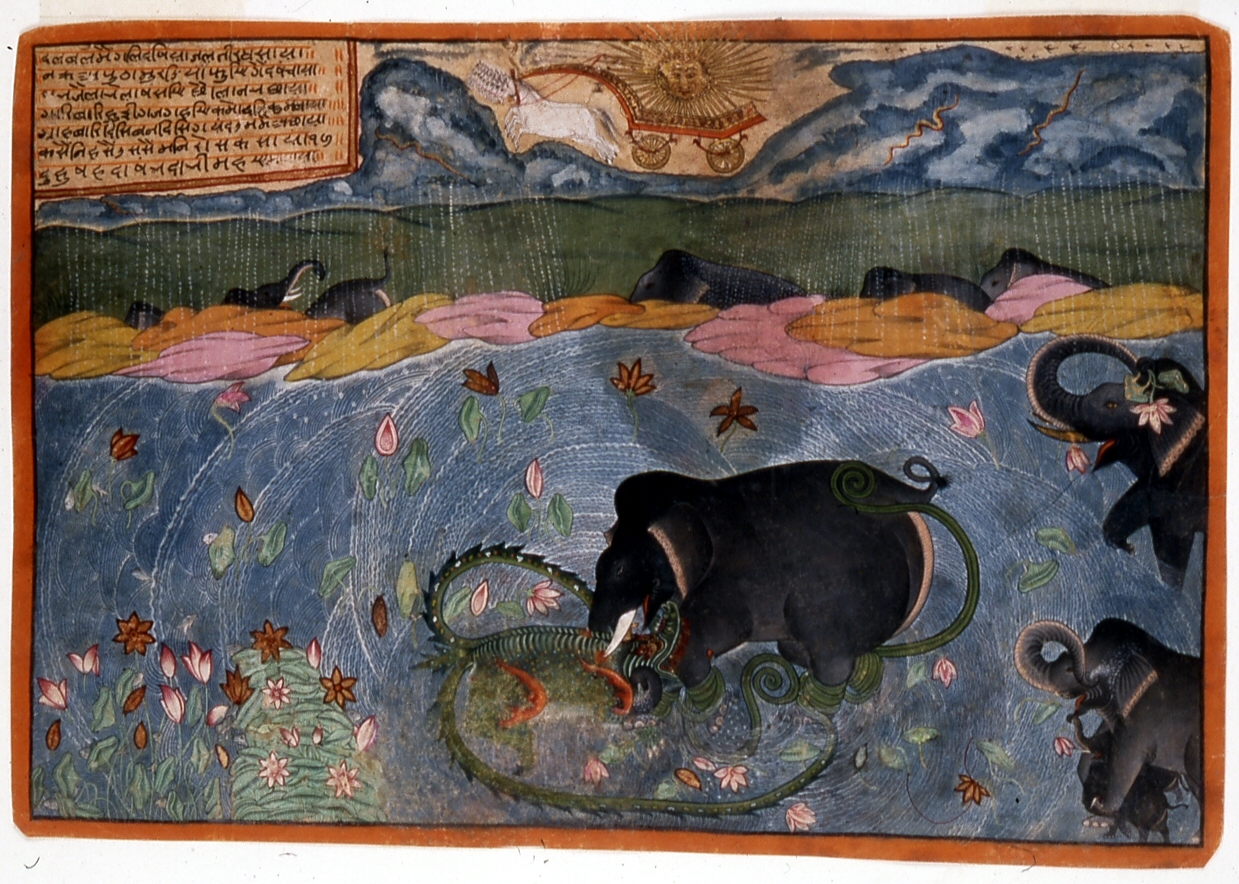 The Elephant King Attacked by a Crocodile

A herd of elephants is playing in a river when their leader is attacked by a crocodile. As this transpires, the elephant calls for the god Vishnu to save him. Because the elephant’s faith in Vishnu is sincere, the deity comes to his rescue. The story demonstrates the strength of genuine faith and Vishnu’s willingness to help the faithful. The image of the sun being pulled by a horse-drawn chariot at the top of the painting is one convention for depicting Surya, the solar deity in Hinduism.