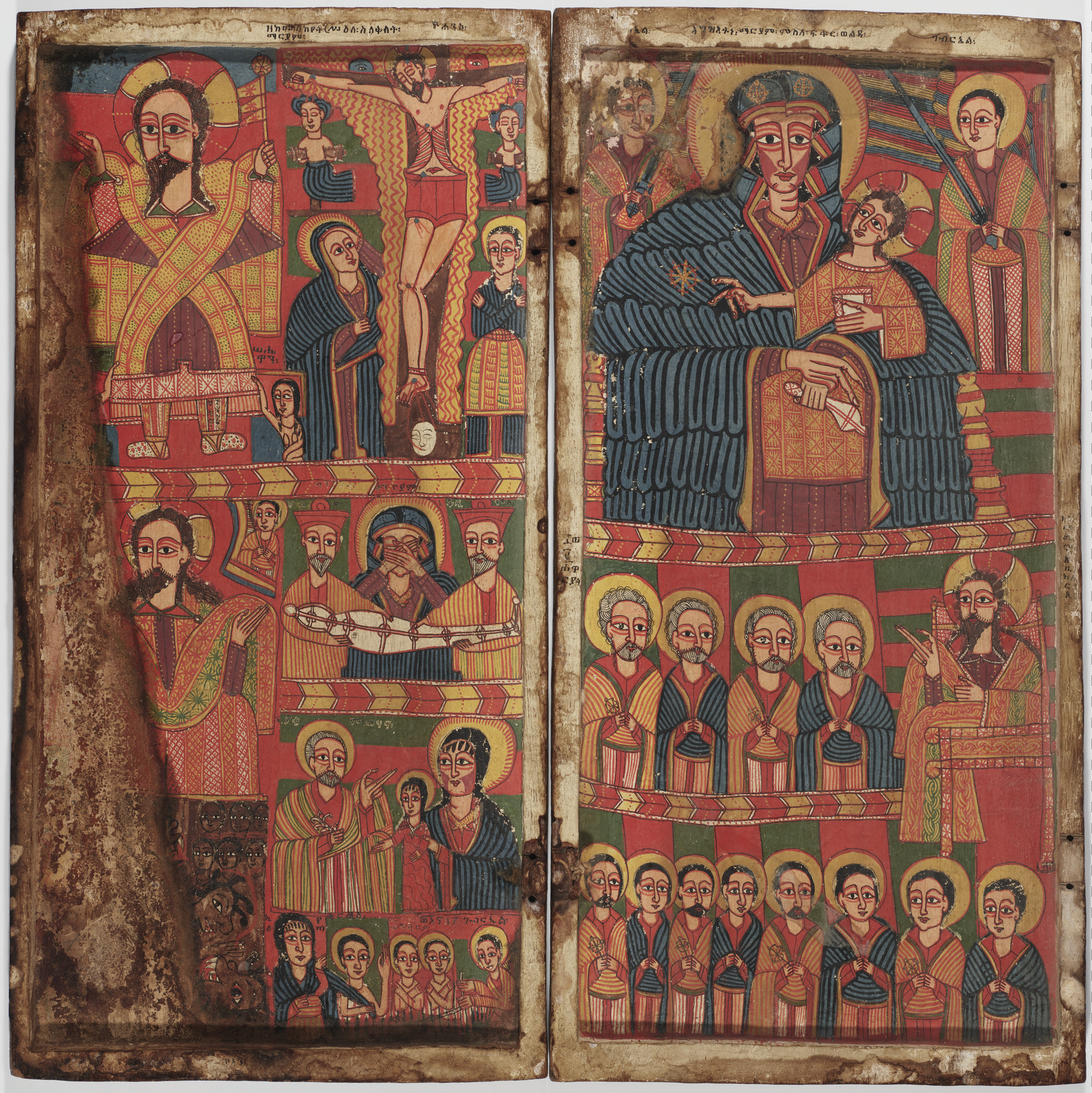 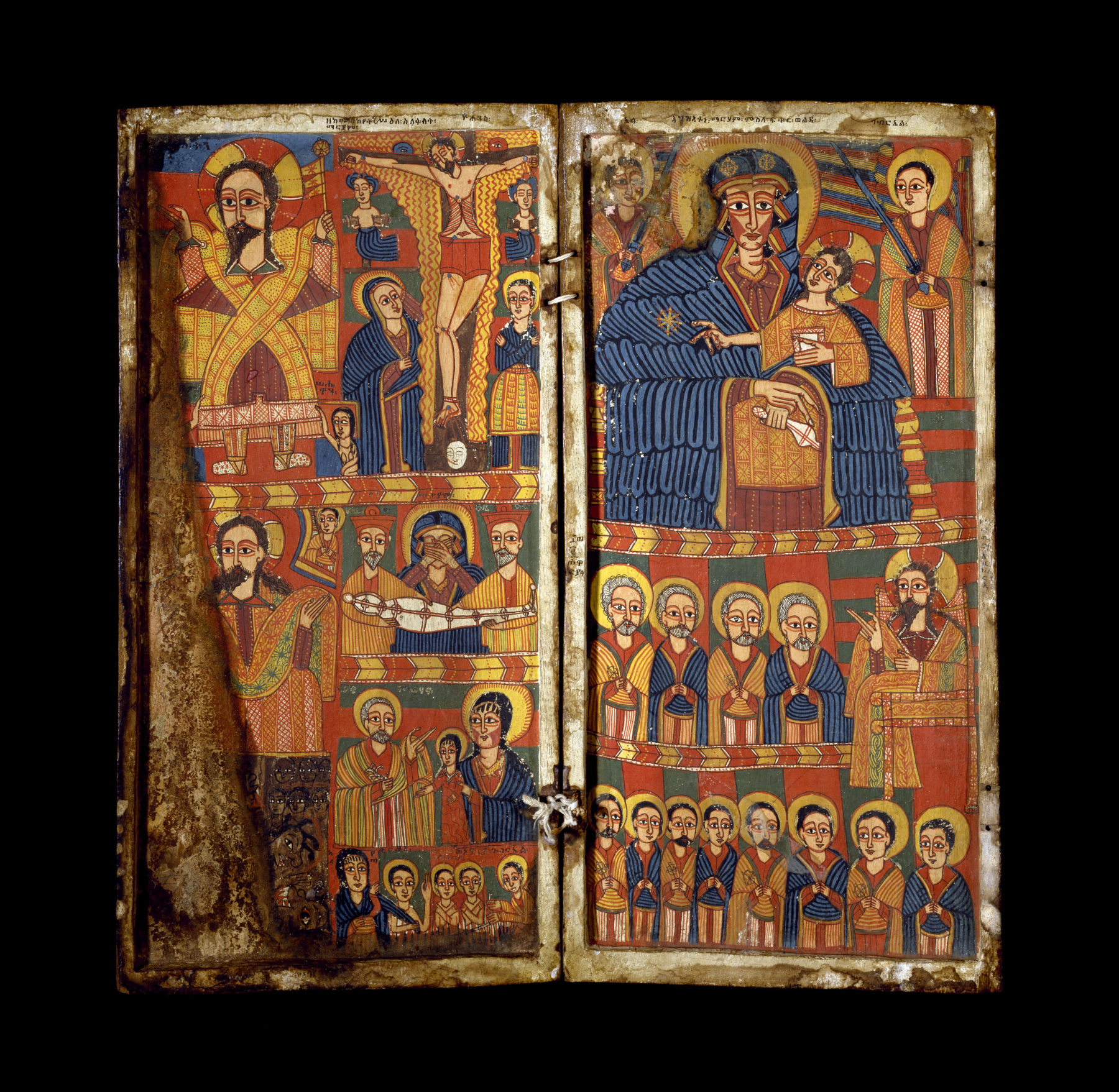 Diptych with Virgin and Child Flanked by Archangels; Scenes from the Lives of Christ and the Virgin, and Saints

The paired holes along the outer edge of the right panel indicate that this painting was originally a triptych, now missing its right panel. What is seen here as a right wing is standard iconography for central panels, combining a Virgin and Child based on the Santa Maria Maggiore icon with Christ Teaching the Apostles. Although the Anastasis and the Crucifixion typically flank the central panel, here they appear together on the left wing with other scenes. The details in this wing stress the Virgin's participation in Christ's Passion, thereby providing a moving counterpoint to the central panel where Mary appears with her infant son. The density of the icon's pictorial program suggests that the missing panel also featured an extensive narrative. Because the left wing ends with the Last Judgment, it seems likely that the right wing opened with early scenes from the life of Christ, such as the Nativity, and concluded with Passion scenes that preceded the Crucifixion. The painter's exuberant sense of color is characteristic of early Gondarine painting, appearing in both icons and works on parchment. The alternating horizontal and vertical bands of color connect this painting to works produced in the region of Lasta.