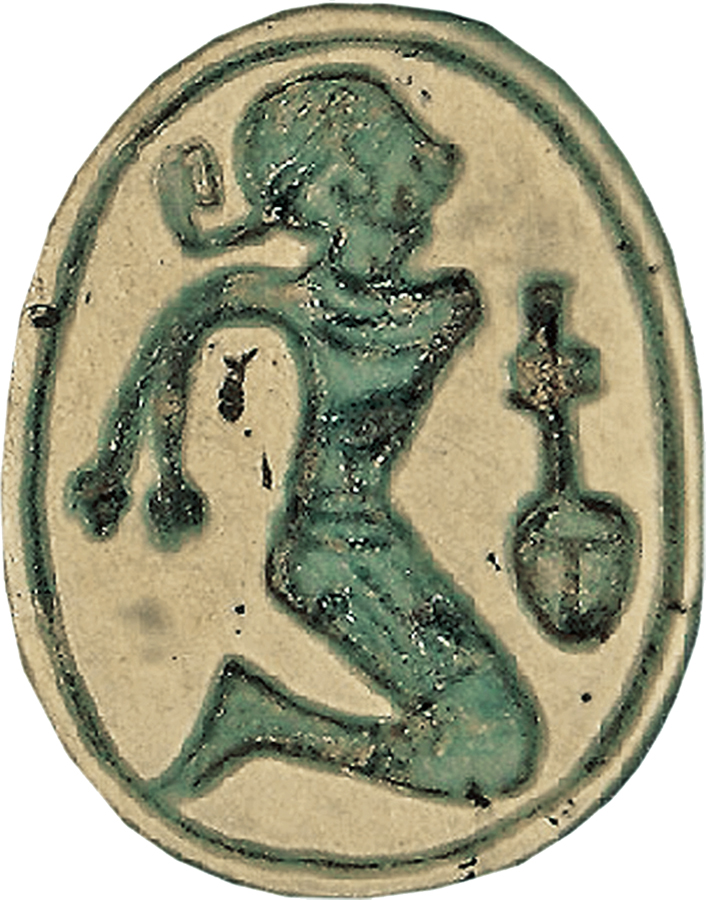 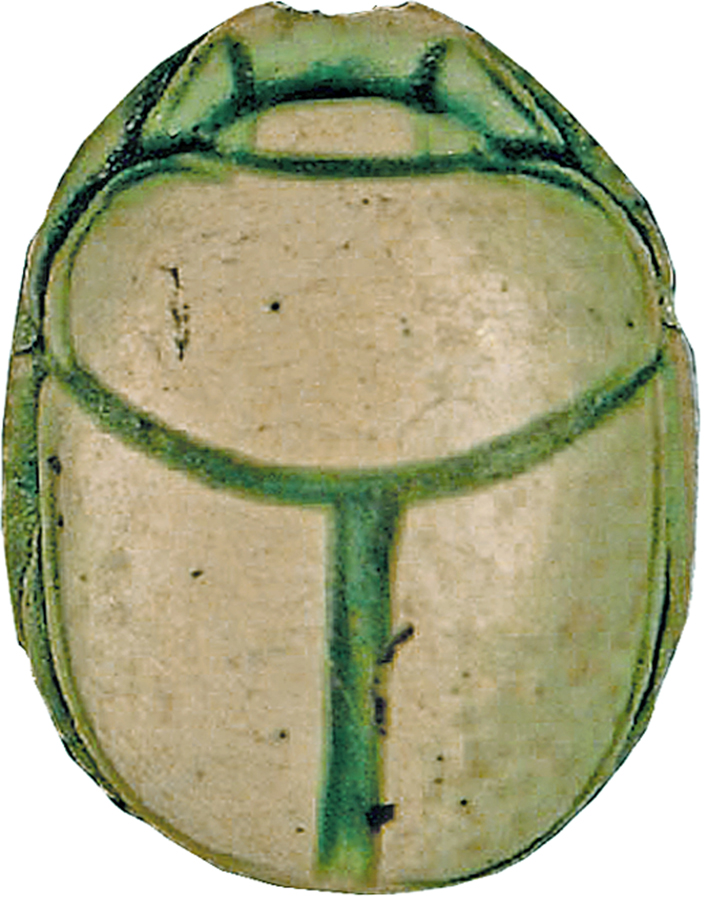 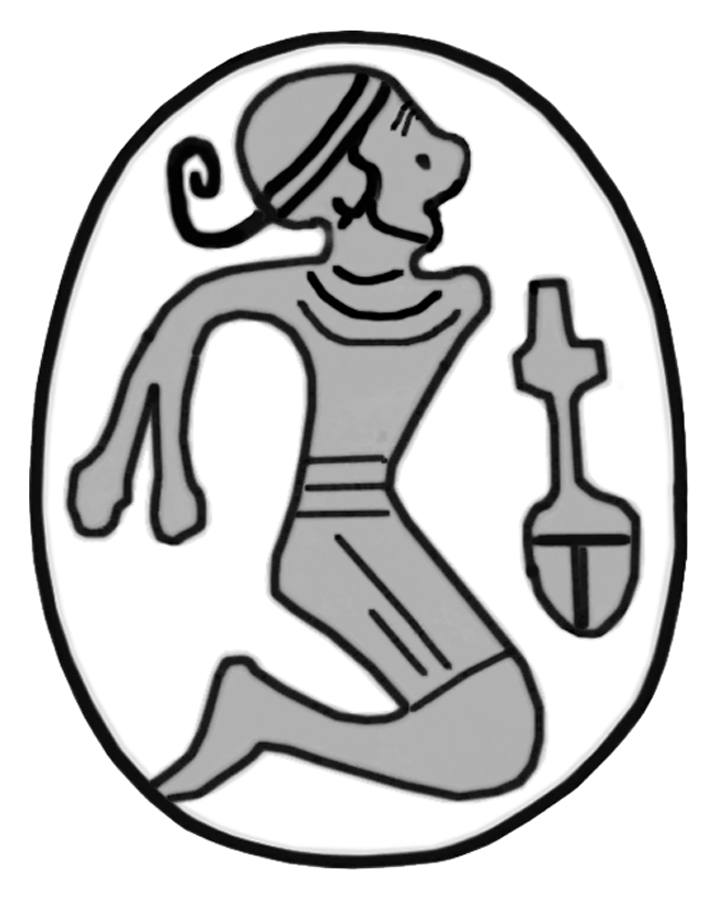 The bottom of this scarab displays the figure of kneeling prisoner with his arms fettered behind the back. He wears a headband with curled ends, a collar around his neck, and a short kilt with belt; a large nfr-sign is placed in front of him. The figure of the captive dominates the scene, but the size and placement of the nfr-sign, which counterbalances the fettered arms of the captive, clarifies that he is part of a perfectly controlled situation. The highest point of the back is pronotum (dorsal plate of the prothorax) and elytron (wing cases). Both parts have incised borderlines, a thick, curved partition line, and a thick line between the wing cases. The semicircular head is flanked by triangular eyes; the plates are irregularly trapezoidal, and clypeus has two very small central base marks.

The proportions of the top are slightly unbalanced, the head and clypeus slightly short, and the pronotum large in comparison to the elytron. The slender extremities have natural form, and diagonal hatch lines on the frontlegs for the tibial teeth. The oval base is somewhat asymmetrical and smaller at the head part.

The scarab is longitudinally pierced, was originally mounted or threaded, and probably served as an amulet. It refers to perfect control of chaotic elements (enemy), and is possibly a statement of the victory over the Kerma Empire. Such an amulet should protect its owner from danger. It is imaginable that the soldiers who protected the southern borders or participated in military campaigns to the south used it. The iconography of the prisoner makes it possible that he represents a man from Kerma, the southern enemy of the Egyptians. The understanding of the figure as hieroglyph for "enemy, rebel" is also possible, but it is more likely that it is a specific icon for the enemies of Kerma, who are now "perfect," because Thutmose I had defeated them.

[Inscription] Icon of a kneeling prisoner with his arms fettered behind the back; he wears a headband with curled ends, a collar around his neck, and a short kilt with belt; an nfr-sign is placed in front of him.