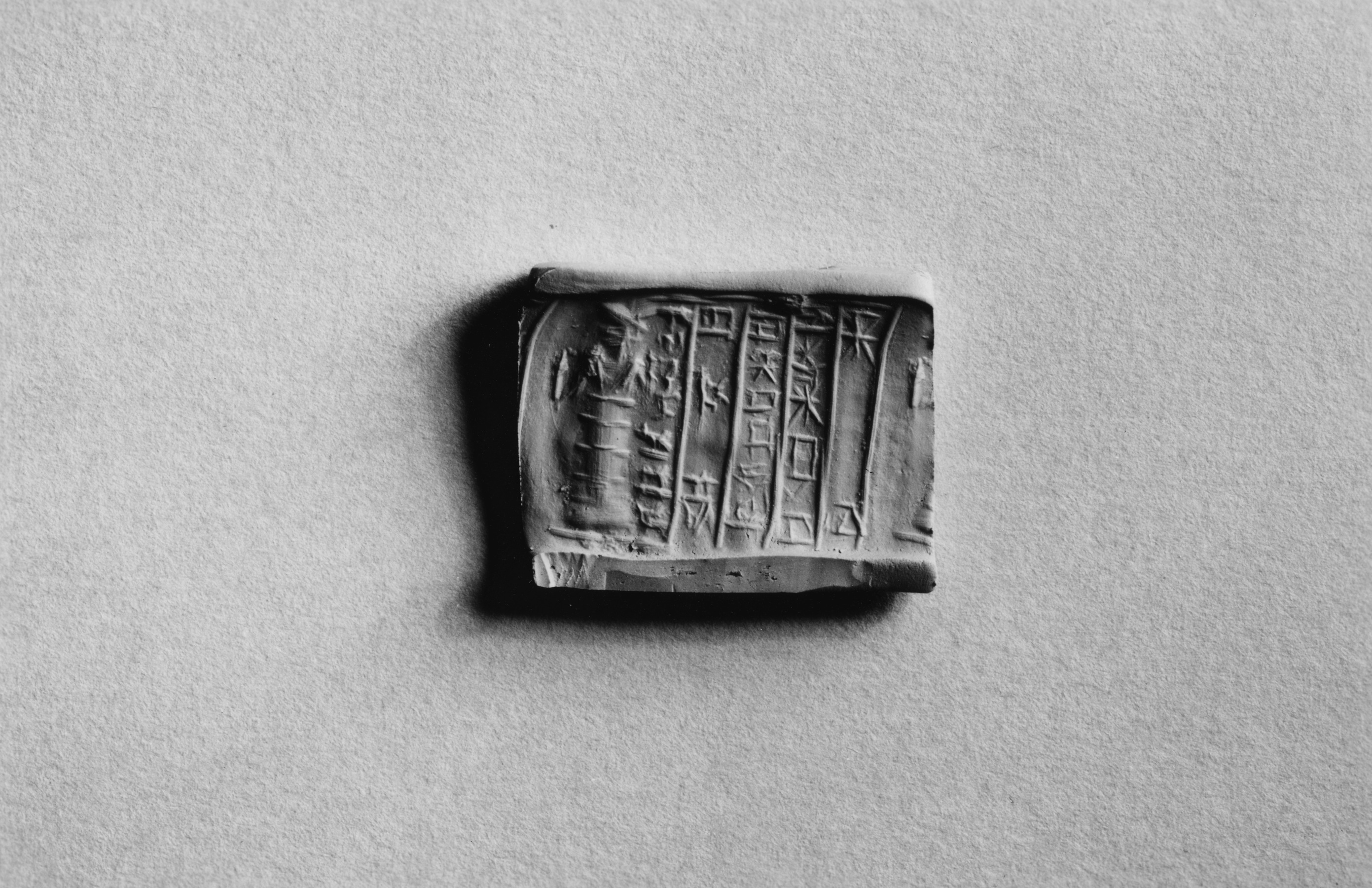 Cylinder Seal with a Standing Figure and an Inscription

This seal depicts a worshipper standing with their arms raised. Five registers with cuneiform inscriptions have been incorporated into the scene. The orientation of the figure and the seal's style suggests that this might not be authentic.