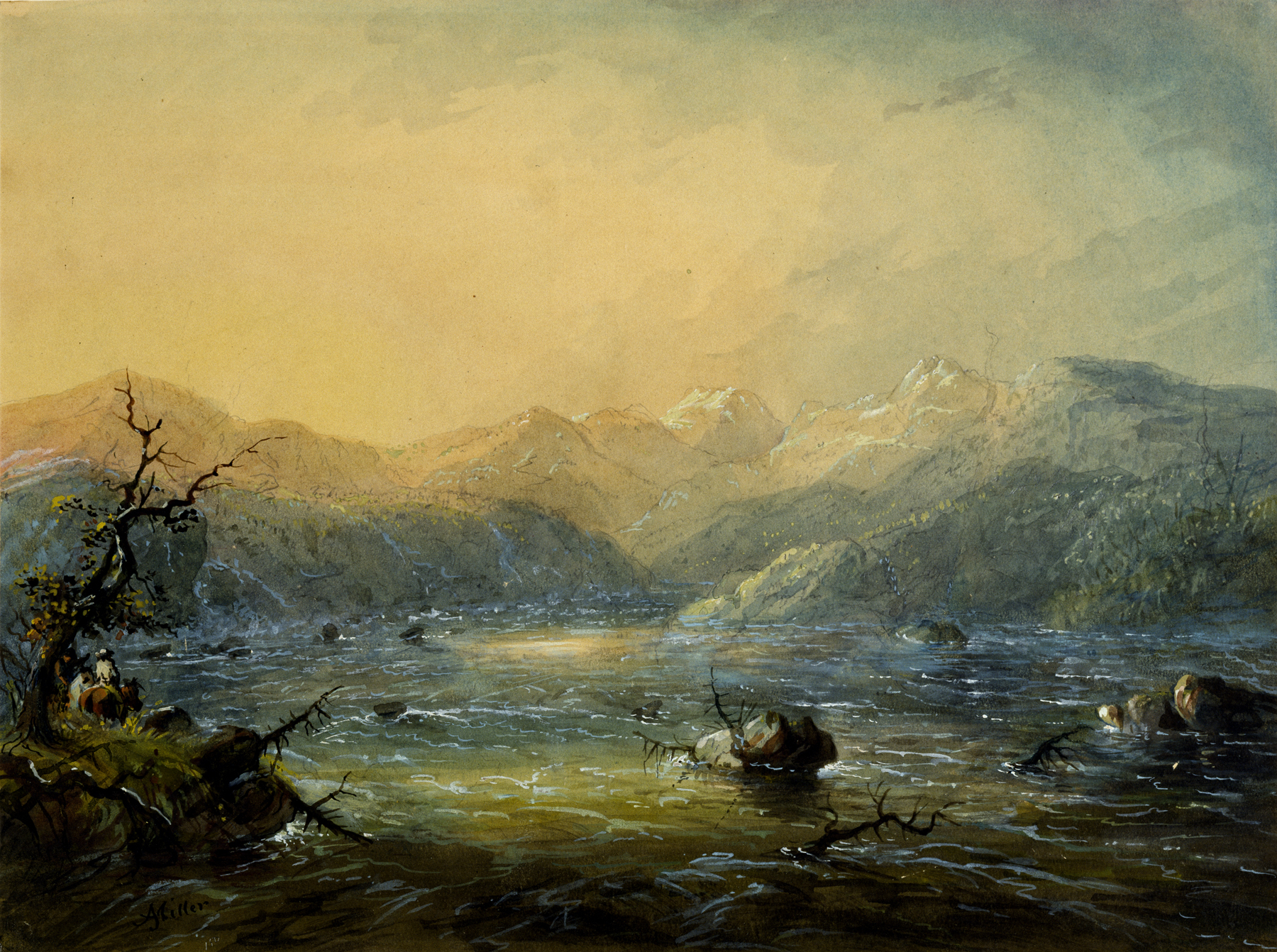 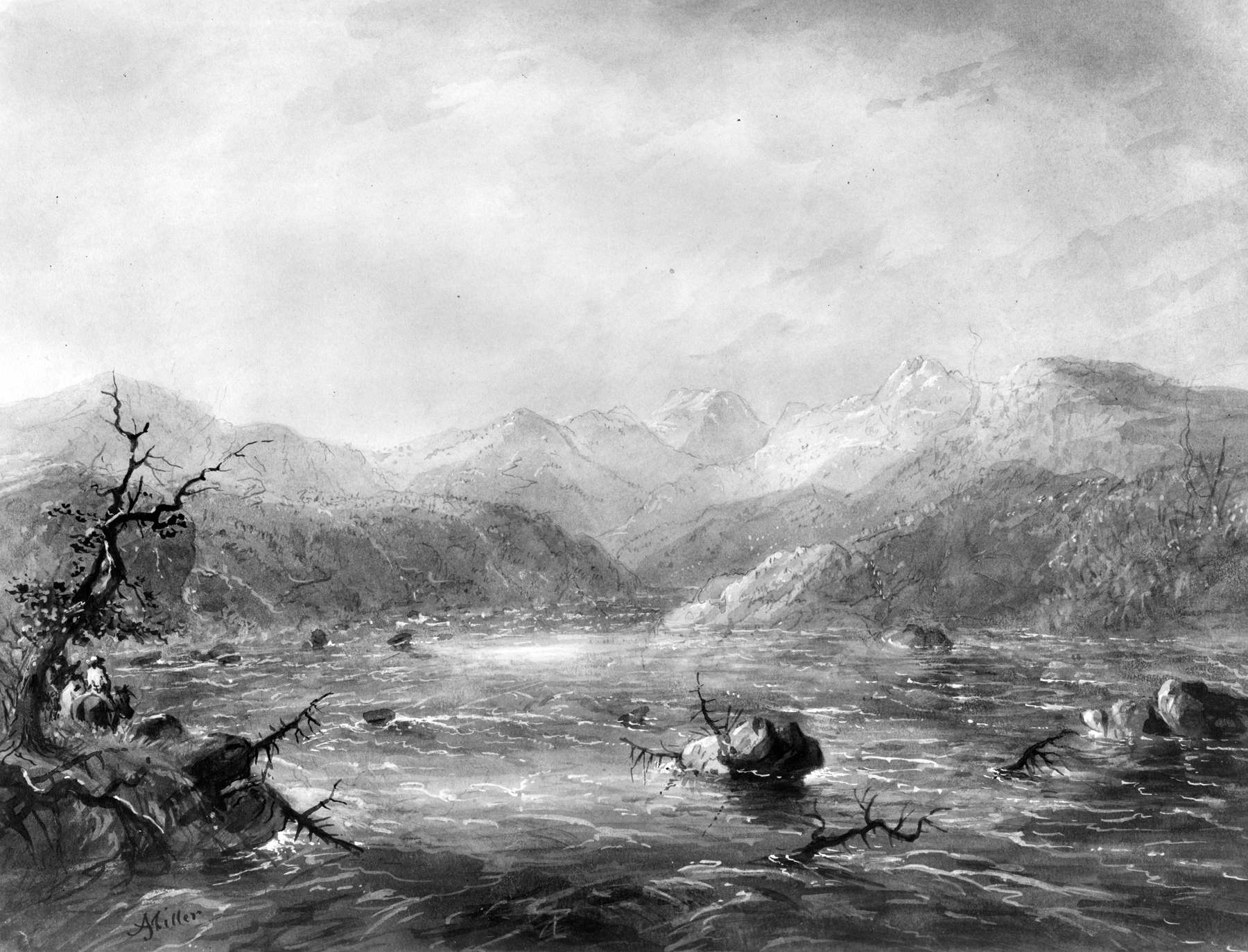 "While sketching this wild scene, we observed our Commander and a mountaineer riding round to various points, and to our question when he returned, 'Whether he inteded to cross?' he answered 'Yes.' Not the slightest necessity existed for this (except that river looked a little in opposition), as we had to return again:- but this willfulness on the part of the torrent settled the question. As my companion P--- had been drowned in a similar crossing, the prospect was not overpleasant. In a little time the mountaineer called out to us, 'Allons nous en - mes amis! J'ai la trouvé la place.' We rejoined him & in he plunged. The water rushed with such force that, although it was near his arm pit on one side, it was below his knee on the other, at the same time drifting him down the river, but we saw him reach the opposite shore in safety." A.J. Miller, extracted from "The West of Alfred Jacob Miller" (1837).