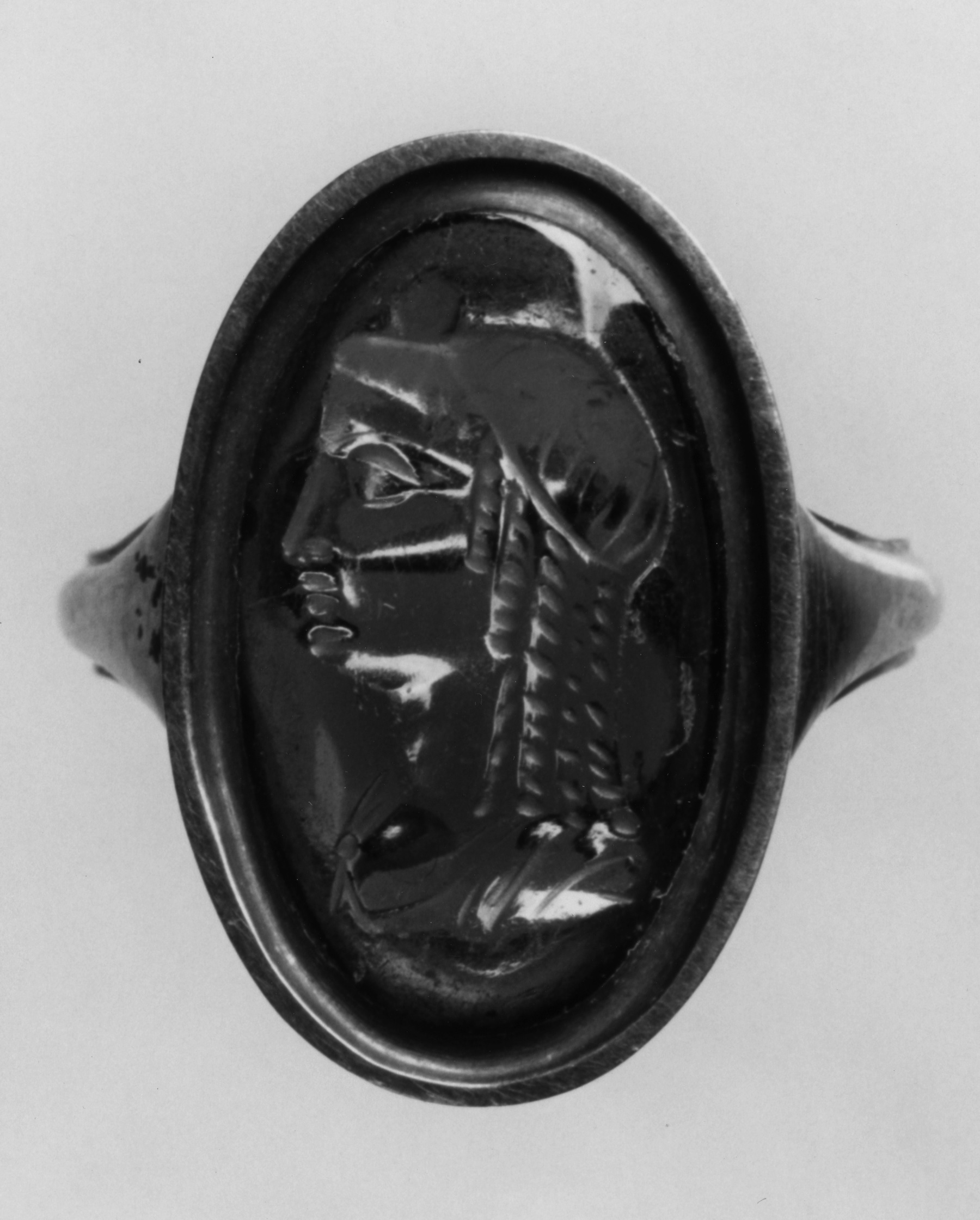 Intaglio with Bust of a Woman Set in a Ring

This intaglio shows the draped bust of a woman, possibly Isis or a Ptolemaic queen, in profile to the left. She is wearing a crescent crown atop corkscrew curls, which are first seen in royal portraits on coins of Cleopatra I (ca. 205-176 BCE). The hair style and the small crown on her head associate her with the image of the goddess Isis, but the wide open eyes and the heavy chin are typical features in portraits of Ptolemaic rulers. Rings with skillfully cut portraits of rulers were introduced during the Hellenistic period. Sources suggest that such rings were bestowed as gifts on esteemed military leaders or high officials.