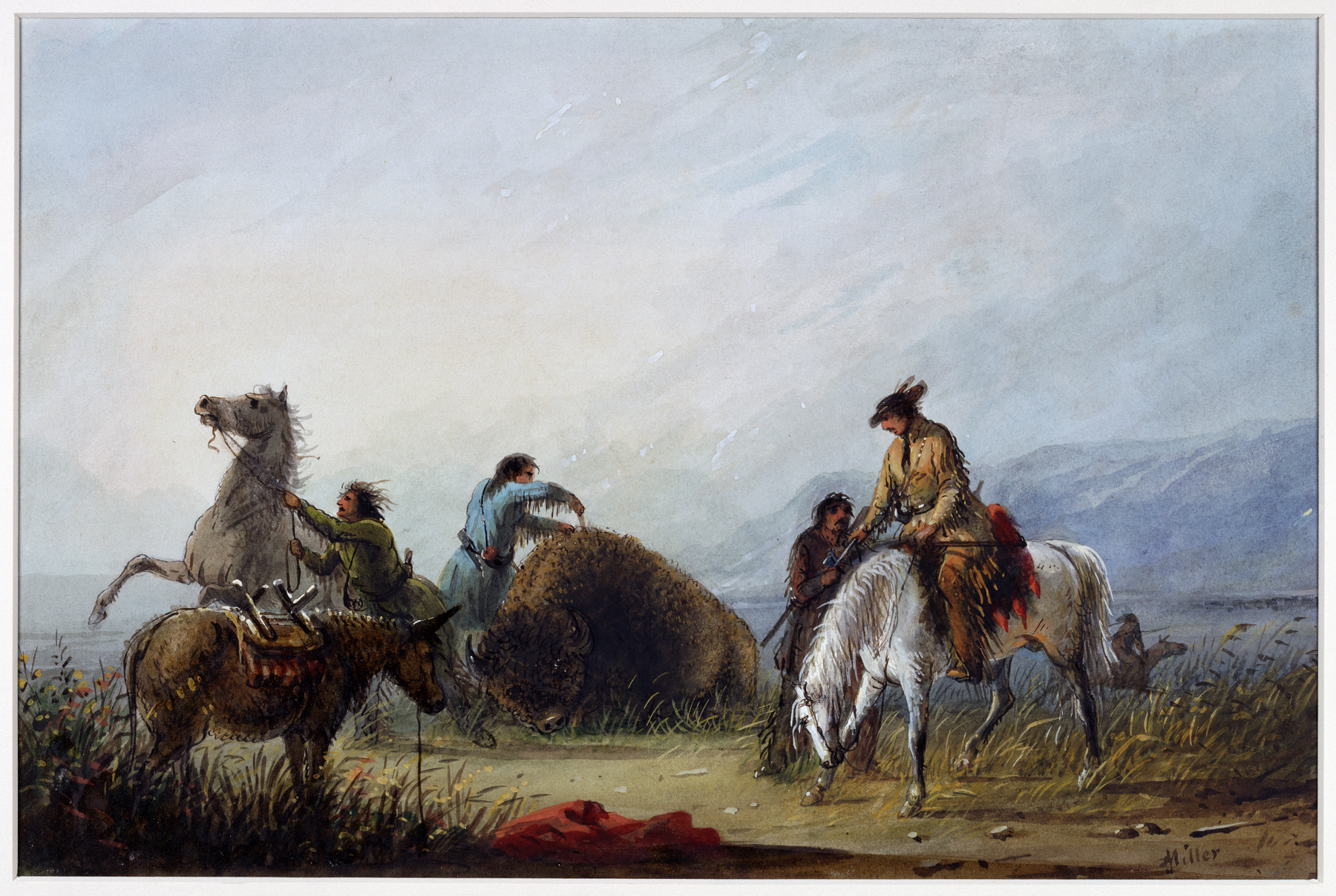 "With the aid of two or three of the hunters the Buffalo is raised from his fallen position and places in a sitting posture, in order to take that most superlative morceaux, the "Hump rib." A cut is made longitudinally with a knife, the skin on each side flapped down on the shoulder,- and a trapper to the right in the sketch is receiveing a tomahawk in order to separate the spinal process. After this valuable piece is secured, the fleece and side ribes follow, and the balance, if there is no pressure in the camp, is left for the expectant wolves, who appear to claim it as their perquisite, and often are sitting at a distance watching their interests in the matter. The horse to the left is new to the business and is alarmed at the smell of blood and carnage. Directly in front of him is a Sumpter mule, equipped to bear the meat to camp." A.J. Miller, extracted from "The West of Alfred Jacob Miller" (1837).