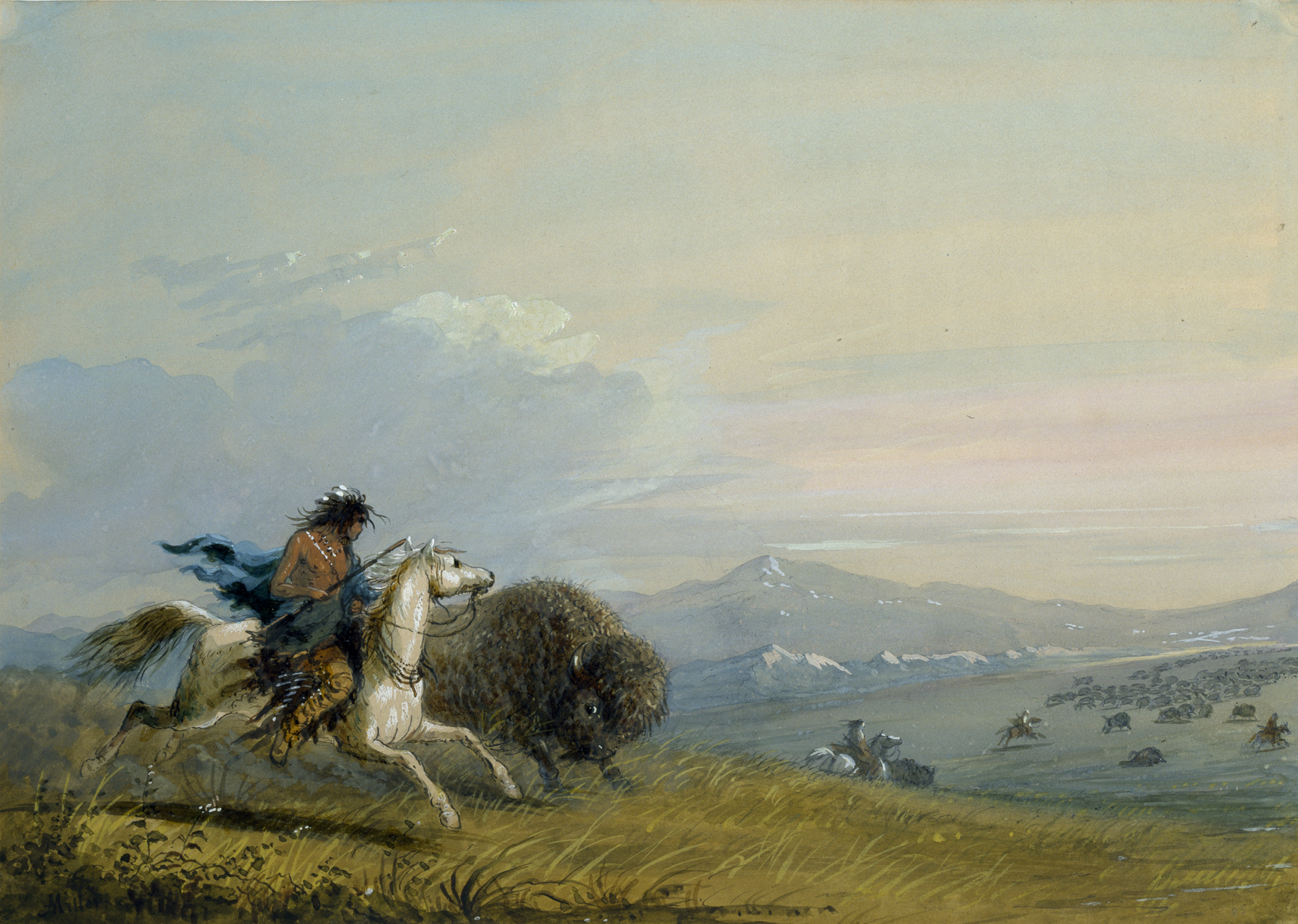 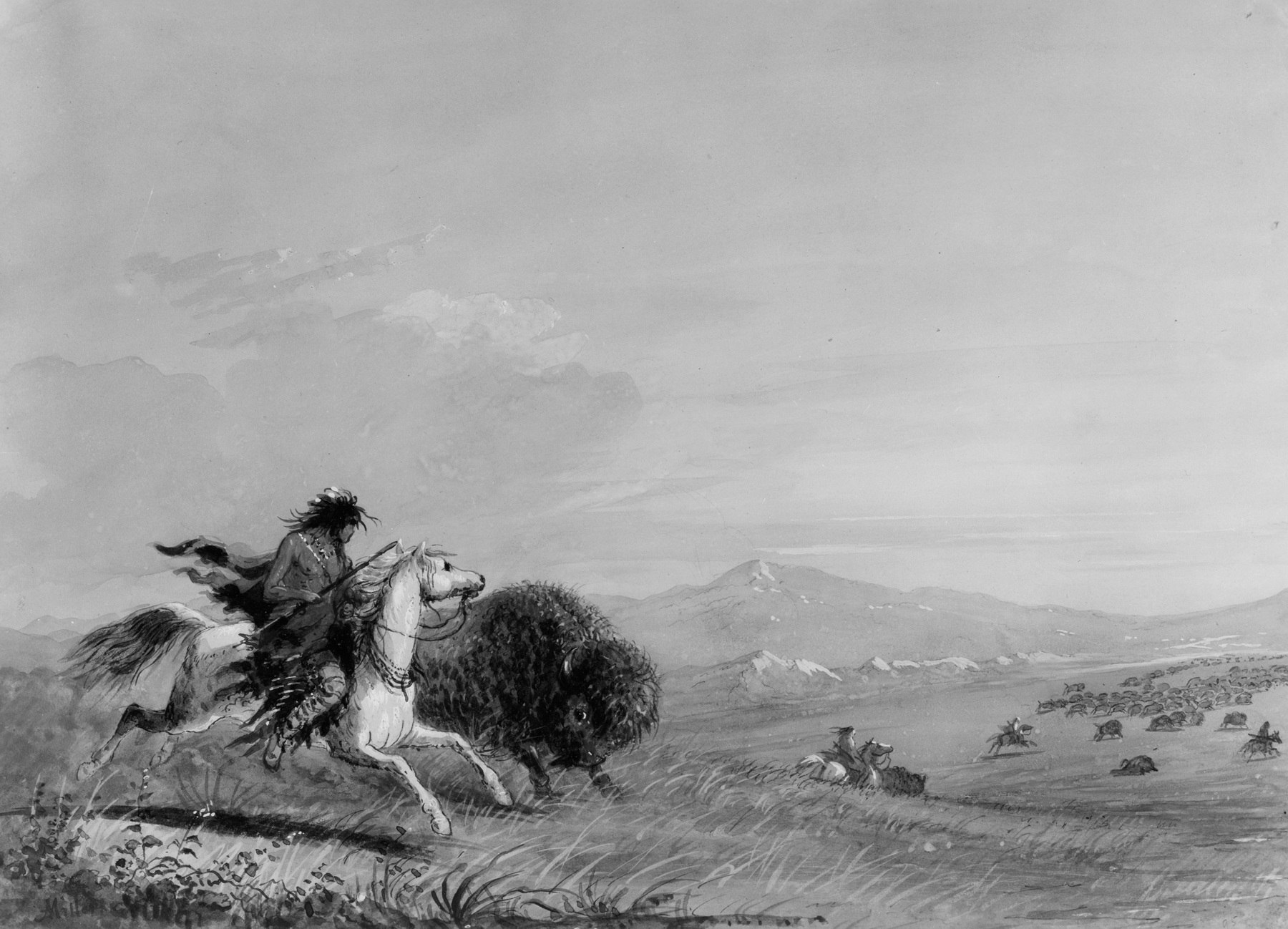 "The hunter has singled out and disengaged from the main body of the Buffalo his reference, and is now running, and about to shoot him. While others are in hot pursuit of the retreating band, on the rise of the hill,- these hills militate against the speed of the animal, as their great weight in front soon tires them down. The Pawnees are slaughtering them mainly for their furs. The robes they manufacture are for the market, and they show great skills and considerable taste comparatively in ornamenting them in colors. Women are chiefly engaged in tanning the inner side of the robes, and are adepts in giving softness and pliability to the skin:- the larger ones are generally prepared in halves and sewed together, very neatly at the centre. When ready they are packed in bundles of about a dozen, and conveyed to the Forts, or stations for trading, nearest to their camp." A.J. Miller, extracted from "The West of Alfred Jacob Miller" (1837).