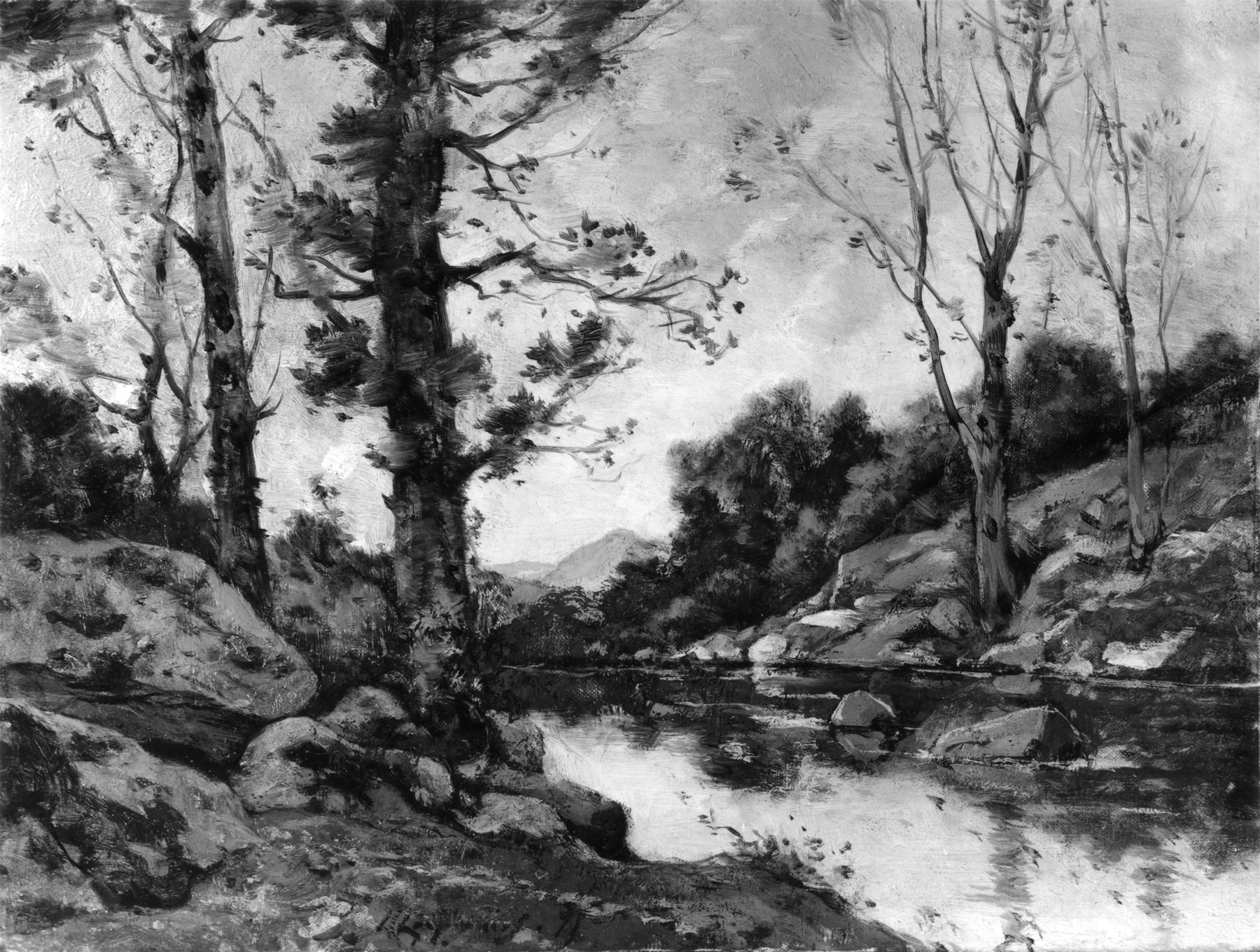 Harpignies enjoyed an extraordinarily long career, which lasted more than seven decades. He is associated particularly with central France and the countryside around the Loire River and its tributaries, such as the Allier River. He was deeply influenced by the work of Corot, as is evident in the light, bluish tones of this picture.