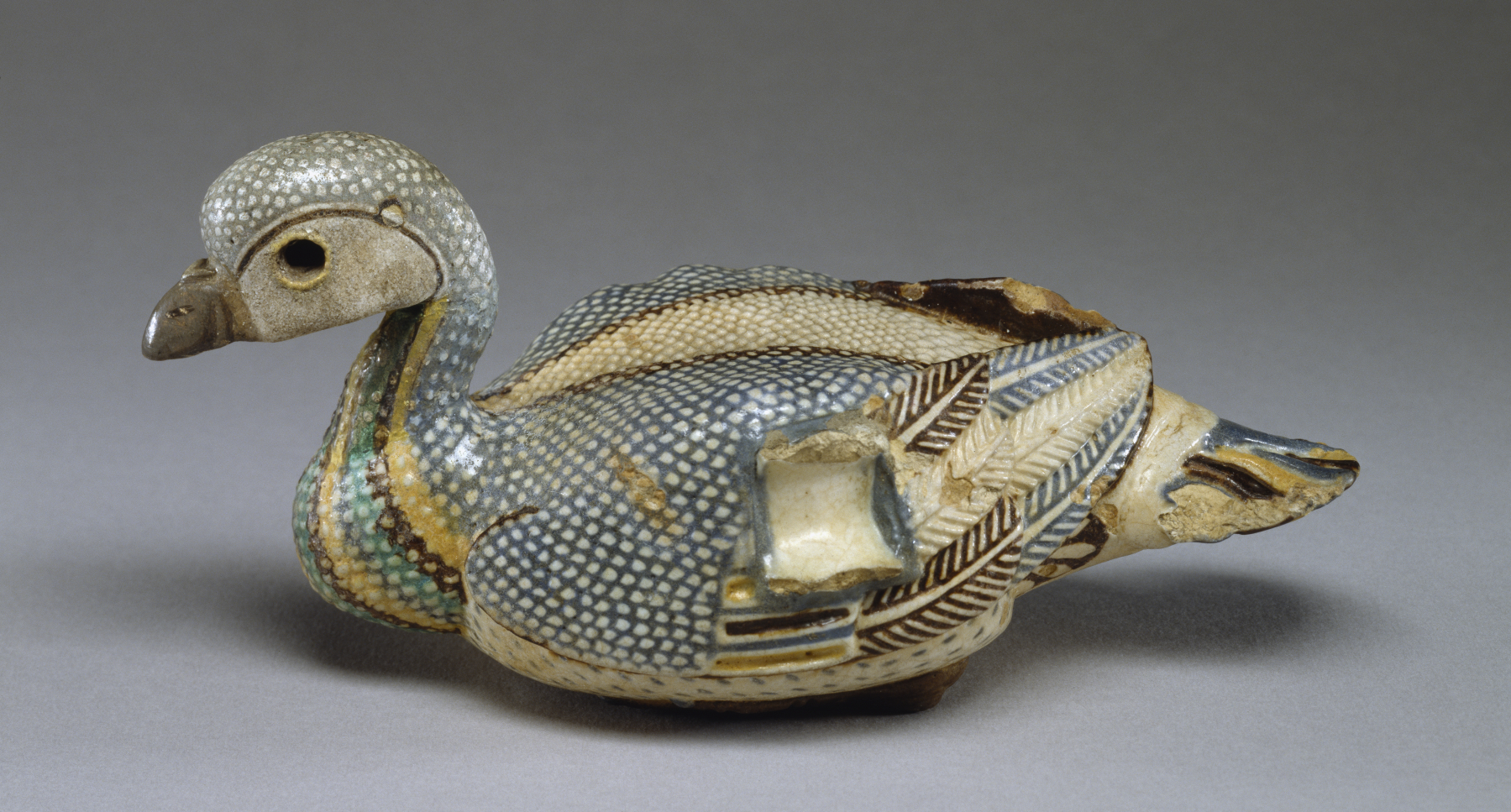 Vase in the Shape of a Duck

Egyptian faience is a composite material composed of ground quartz and natron (sodium carbonate and sodium bicarbonate). Most faience is glazed in a vivid blue or green color; the polychrome faience seen here is much more complicated to produce. During the 26th Dynasty, the Greeks established merchant colonies in Egypt. Faience workshops in these towns produced goods for the local population, as well as products in an Egyptian style for export.

The duck was mold-made together with the remains of its ring handle on the bird's left side. The surface of the body displays a raised dot pattern, while the end of the wings have a feather pattern. The form may have been inspired by the red-figure duck vases of Etruria and south Italy. The duck is depicted with such detailed naturalism that the underside even has delicately modeled webbed feet.