Each of the vessels in this service performed a sacred function in the liturgical service. Strainers and spoons were used to filter and stir the wine. 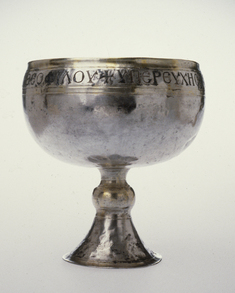 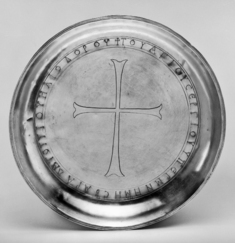 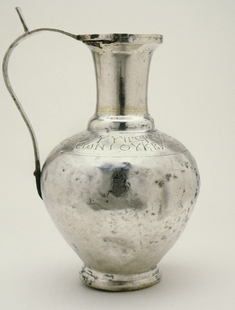 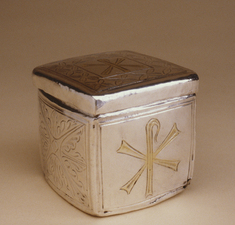