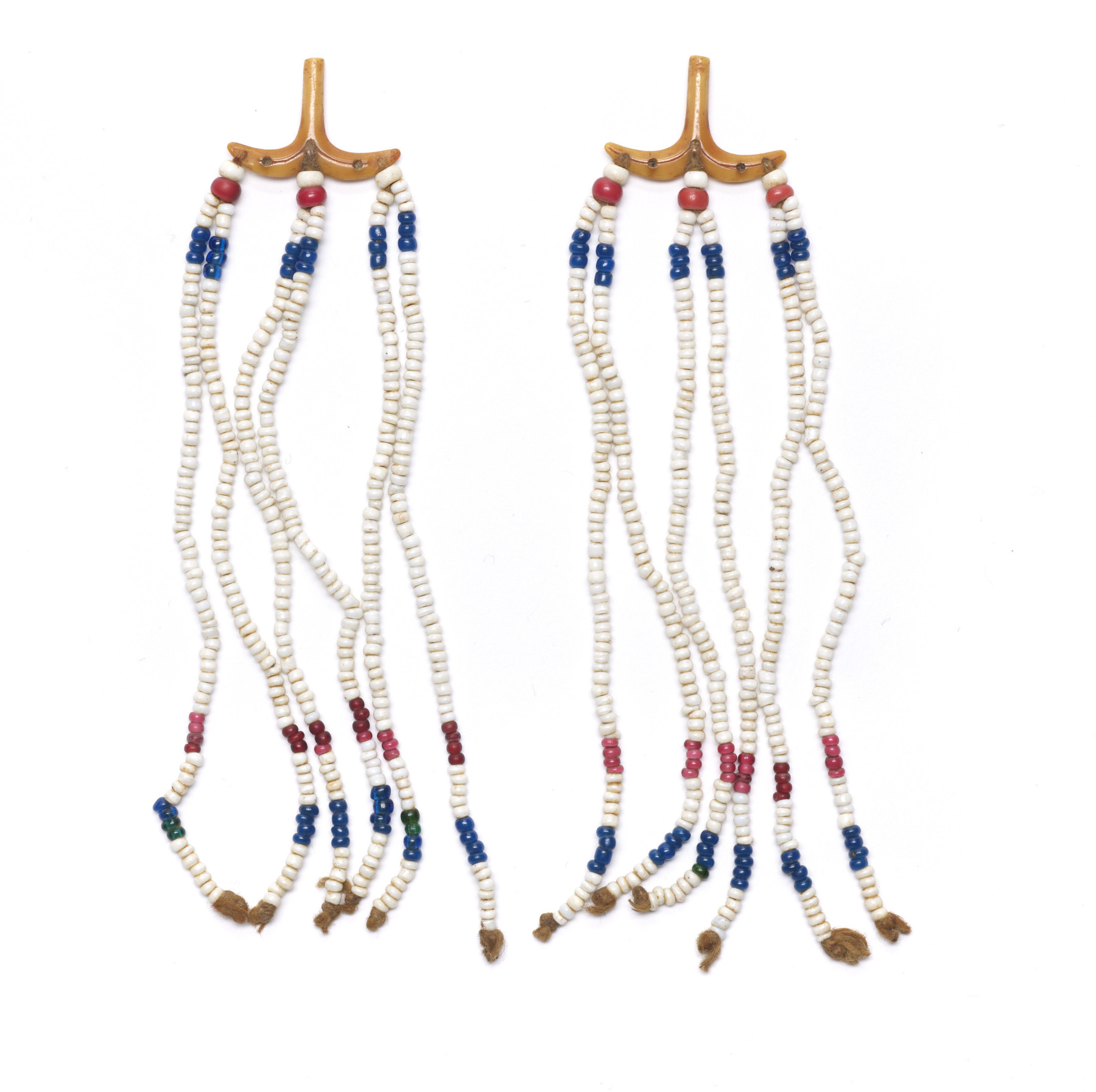 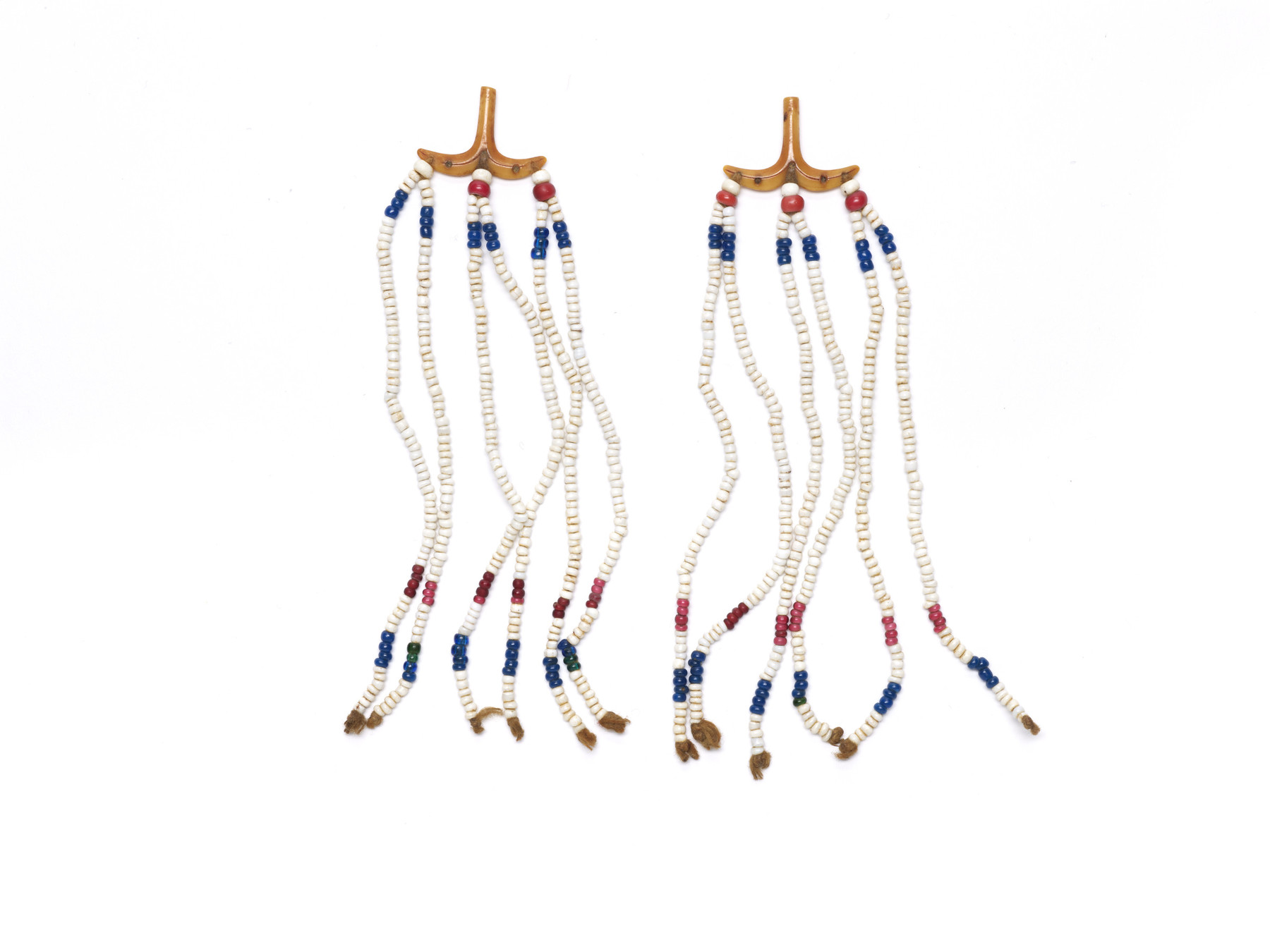 Labrets, or ornaments worn around or under the lips, have been a powerful marker of identity and social status in a number of parts of the world. In the Alaskan context, the style, size, and decoration of such labrets conveyed information about the wearer's social and regional affiliation and identity. In some cases, people enlarged their lip piercings, and consequently their labrets, when they married or underwent other life rites of passage.
These particular labrets seem to have been predominately worn by women, in the area near Nunivak Island in modern-day Alaska. The t-shaped pieces of walrus ivory at the top of these would be inserted through piercings under the lower lip, leaving two curved, caramel-colored bars visible, from which were strung strands of beads. In this case, most beads were white, set off by bands of red and blue. Several other examples of beaded labrets from Nunivak from the early 20th century are known that are quite similar, suggesting this color combination may have had a deeper meaning and significance.

Gift of the estate and family of Mrs. Olga Monks Pertzoff, 1985