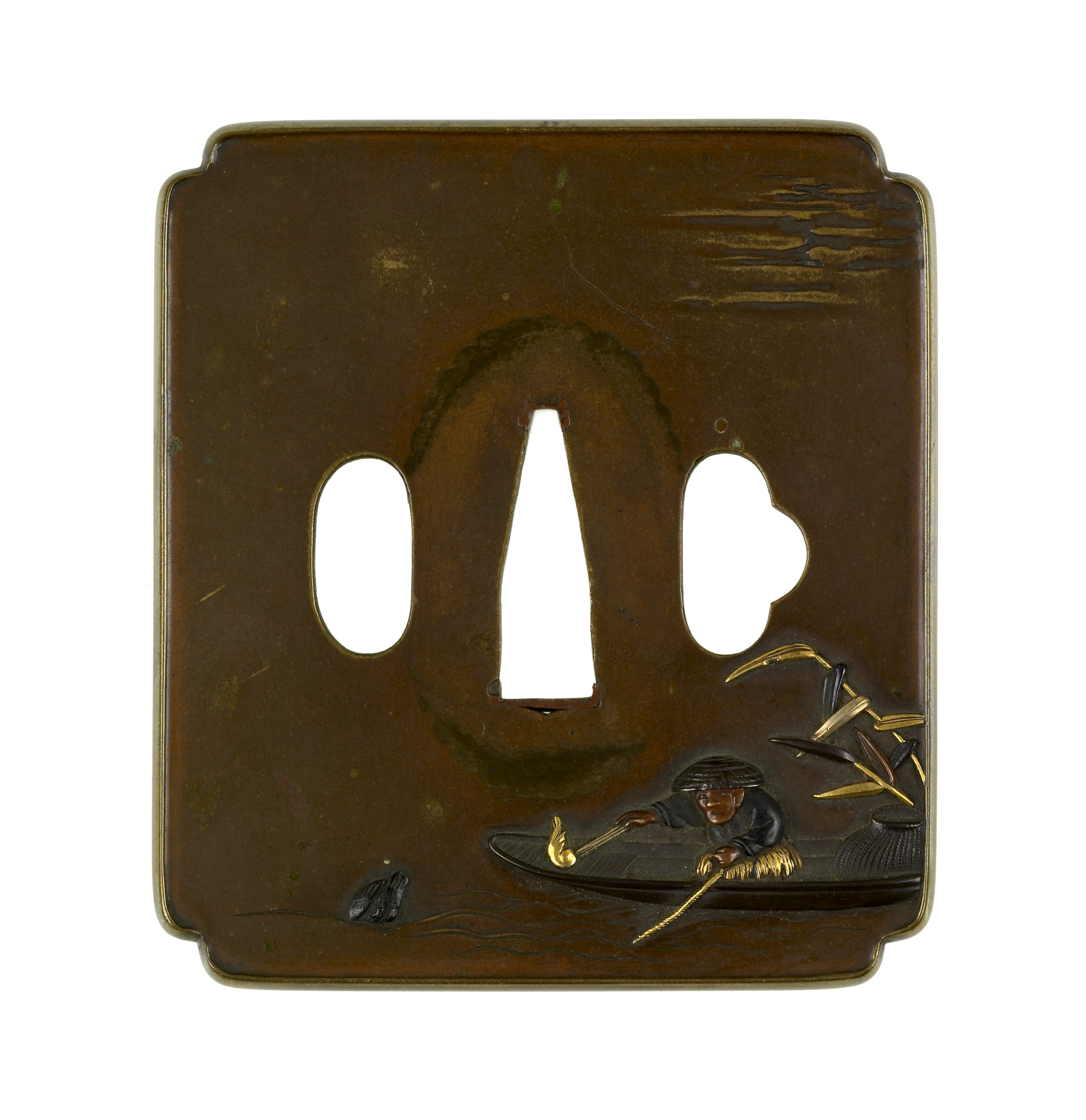 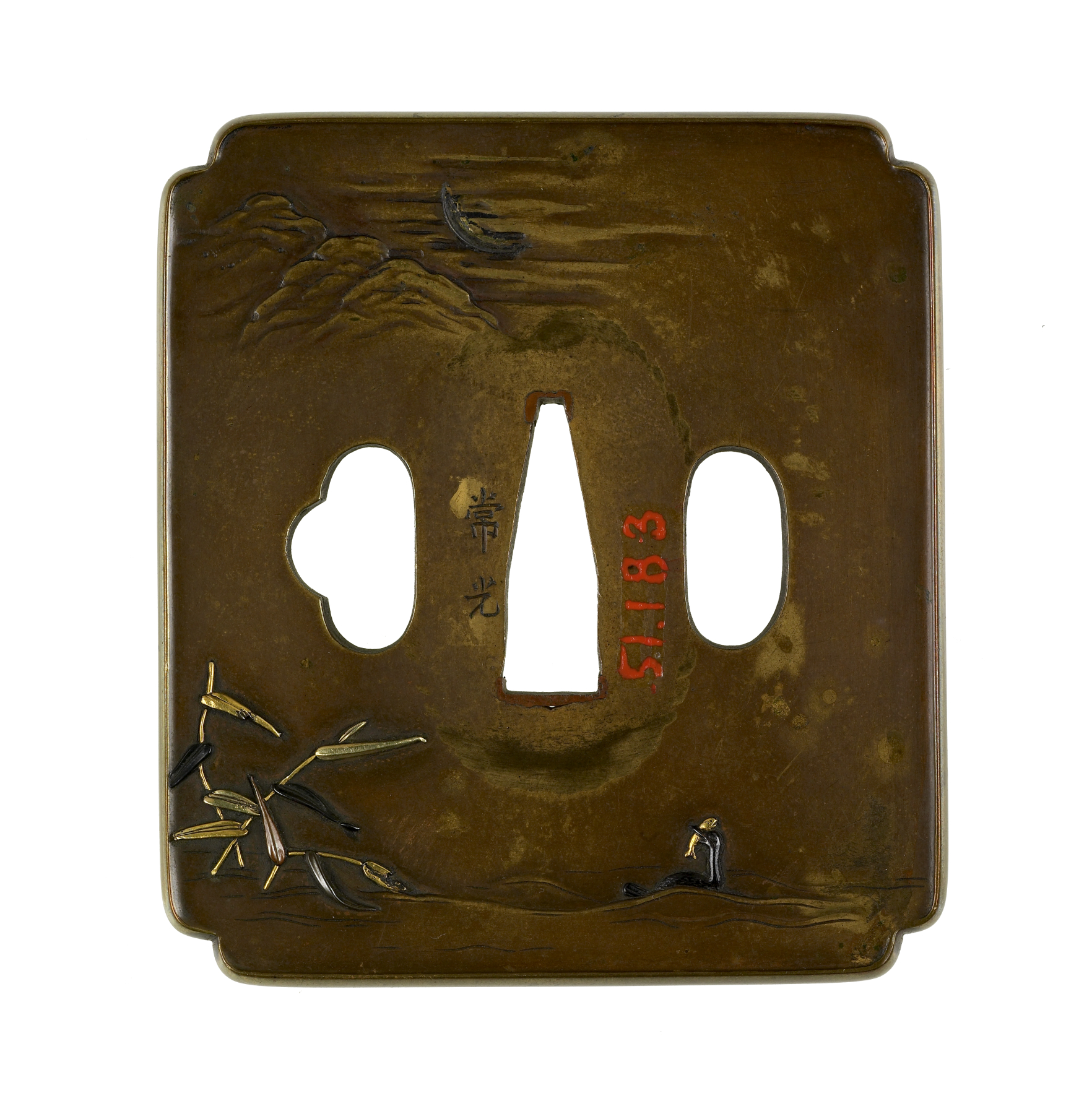 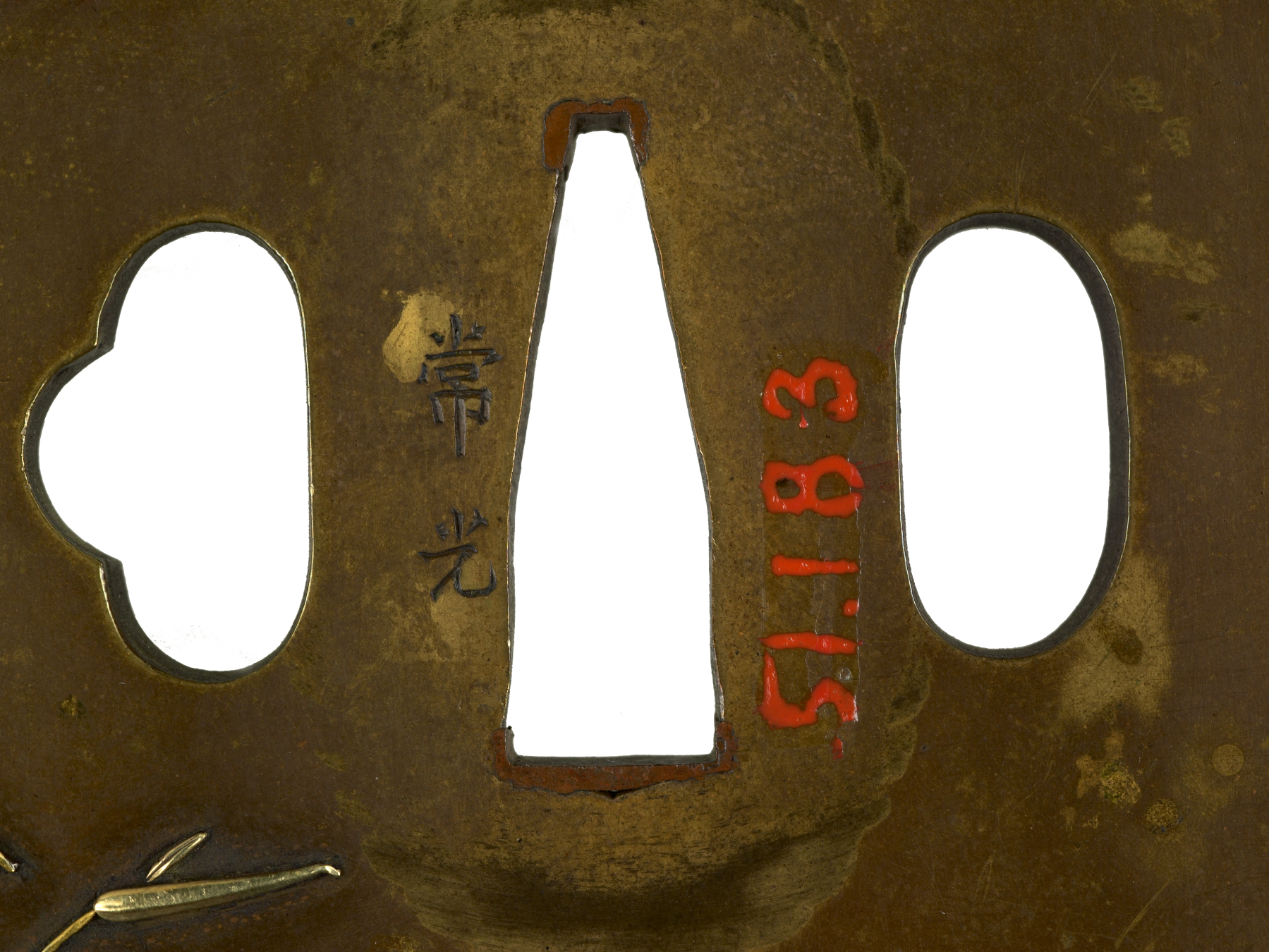 Tsuba with Cormorant Fishing at Night

The scene depicted on this tsuba is of a fisherman using a cormorant bird to catch fish. As this activity has traditionally occurred at night, the fisherman holds a torch over the water to help the bird find the fish. In his other hand, he holds a rope attached to the bird. A ring is tied around the bird's neck to prevent it from swallowing the fish it catches. The bird with its head submerged can be seen at the lower left of the tsuba. On the back, a cormorant has emerged from the water with a fish in his mouth. While cormorant fishing is no longer a primary means of catching fish, the practice has continued as a tourist attraction in areas such as Gifu in central Japan. Cormorant fishing is a summer activity.