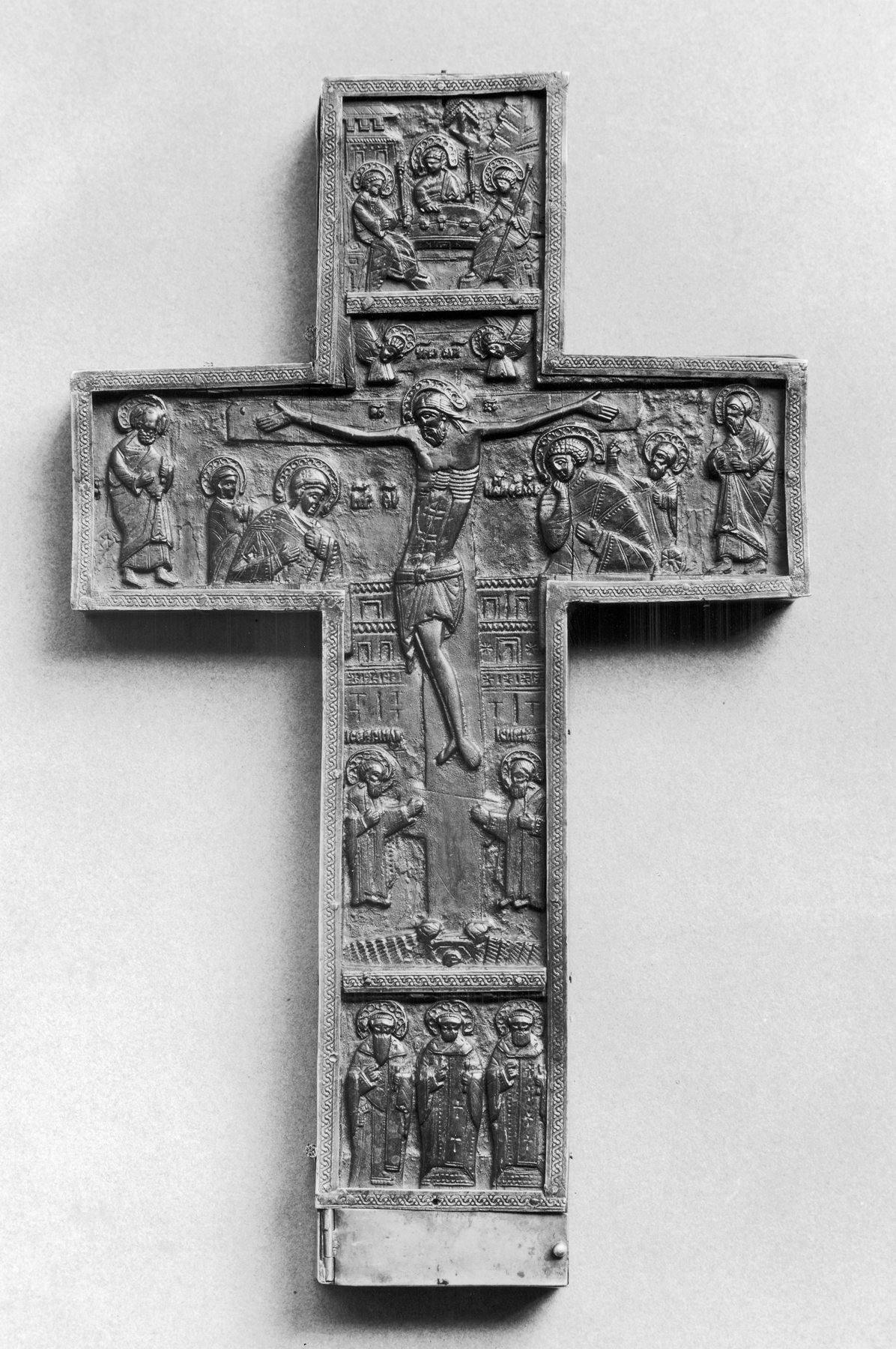 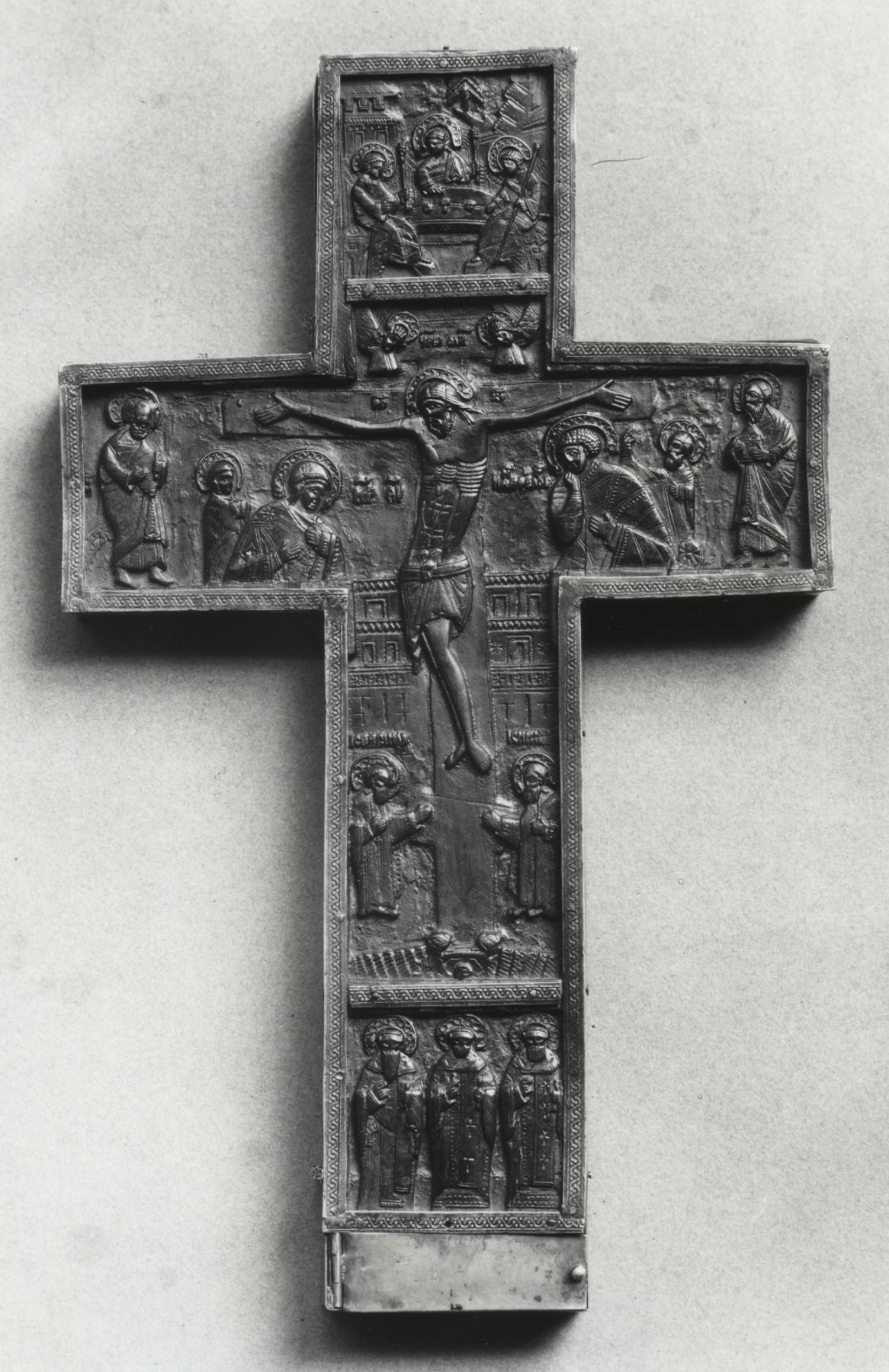 This woodcarved relief icon shows the Crucifixion in front of an architectural rendering of the city of Jerusalem. The apostles Peter and Paul appear at the ends of the arms, preceded by the Virgin, Lazarus' sister Martha, Saint John, and the centurion Longinus. Two Russian monastic saints, Sergius of Radonezh and Cyril of Belozersk, are shown in prayer at the base of the cross. The Three Angels visiting Abraham, at the top, symbolize the Holy Trinity and correspond symbolically with the three holy bishops Gregory, John Chrysostom, and Basil at the bottom. The silver frame was added long after the crucifix had been carved: it has an assayer's mark from the city of Astrakhan dated 1850.