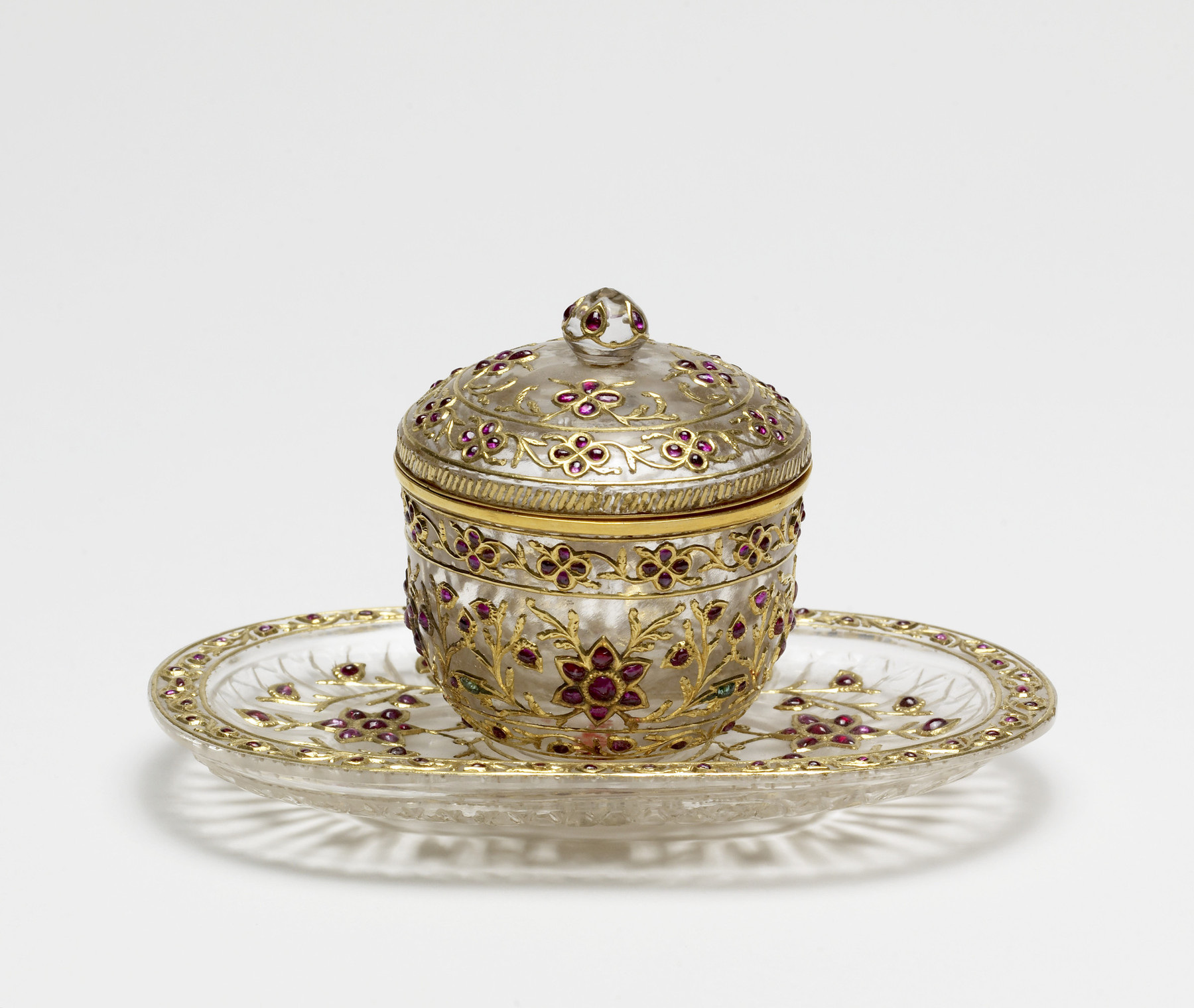 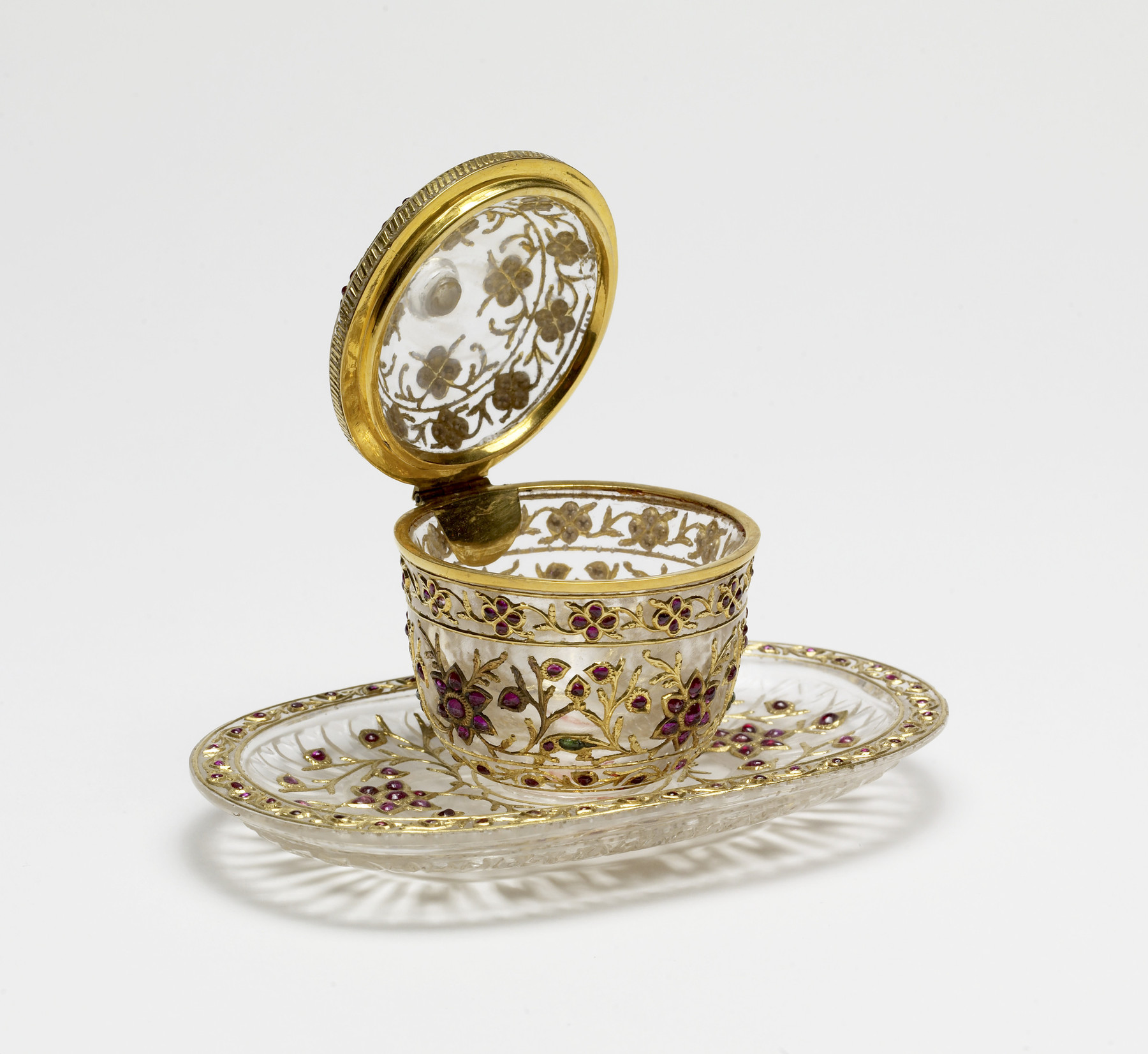 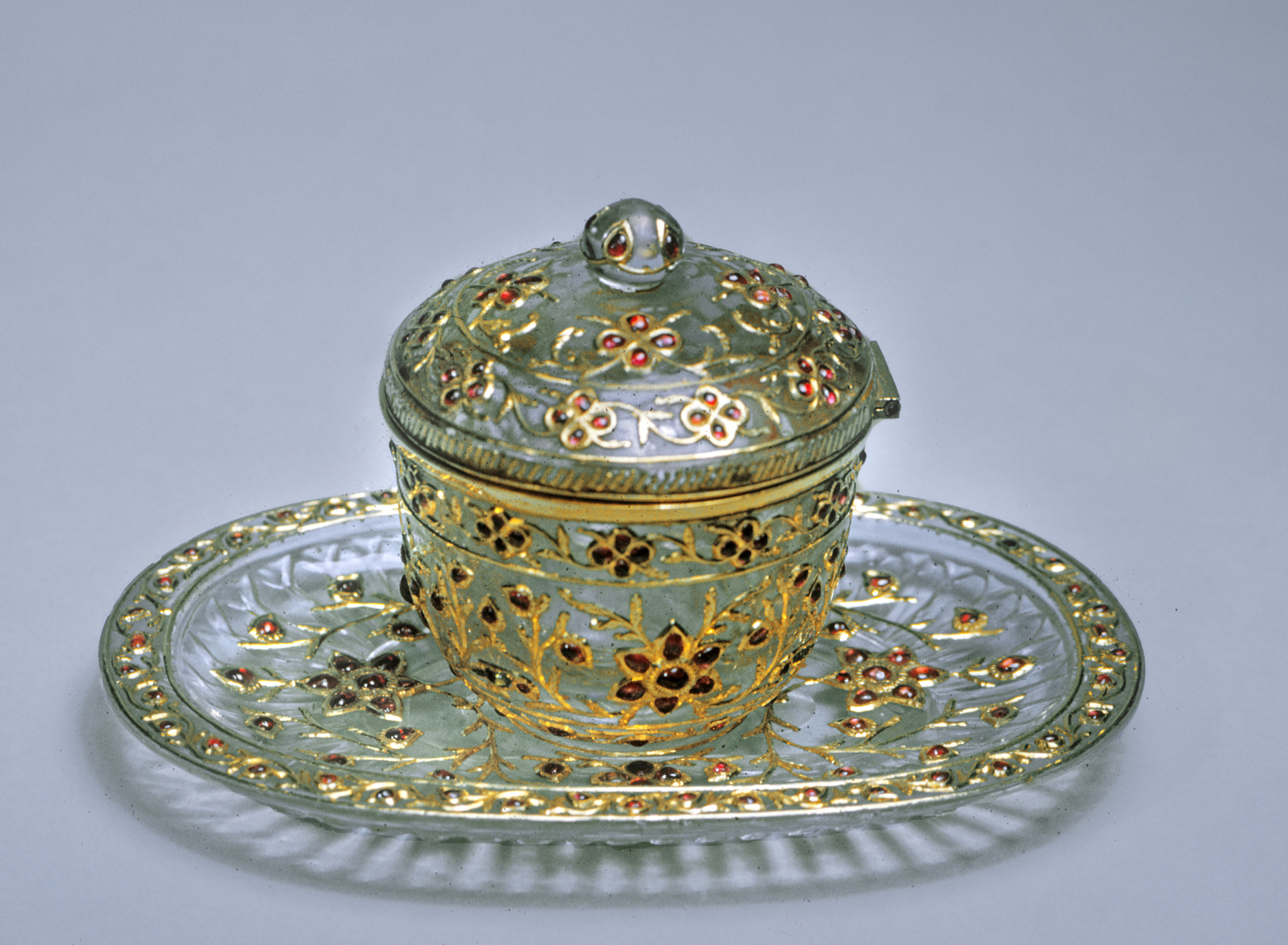 Container and Tray with Floral Pattern

India has a rich tradition of jeweled arts. Gold and gems were used to embellish a variety of functional objects, such as boxes, spoons, pen boxes, and small containers. The most distinctively Indian approach to gem setting is the "kundan" technique, seen here, in which soft and malleable nearly pure gold is pressed around gems to hold them in place. No claws or prongs are used in this process so that surfaces may be seamlessly decorated. Craftsmen continue to use the "kundan" technique in India today.