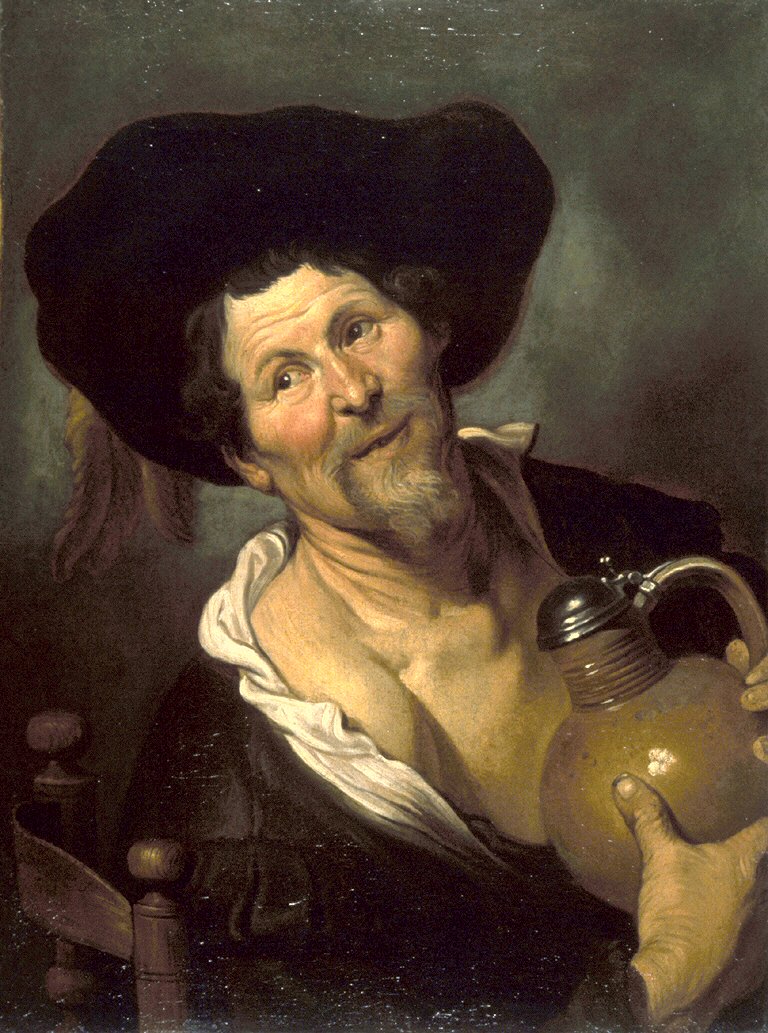 Enjoying his beer, this smiling, disheveled peasant presses his jug to his chest and turns towards an unseen comrade. By organizing the man's gestures around a diagonal, Seghers introduces a sense of ongoing action. The drinker's easy-going air and proximity to the viewer make him seem like an individual with a personal story, not just an amusing type. Gerard Segher's father was an innkeeper, which may explain something of the human quality of his tavern subjects. Between 1613 and 1620 the artist traveled and worked in Italy and possibly in Spain. The extremely subtle play of light in the present painting may well influenced by his experience there. The Jolly Drinker can be compared to Seghers' numerous tavern scenes that have a Christian theme, as the scene of St. Peter Denying Christ of ca. 1623 in the North Carolina Museum of Art.

Gift of Lisbeth and Stephen Kornreich in memory of Augusta and William Modley, 1996