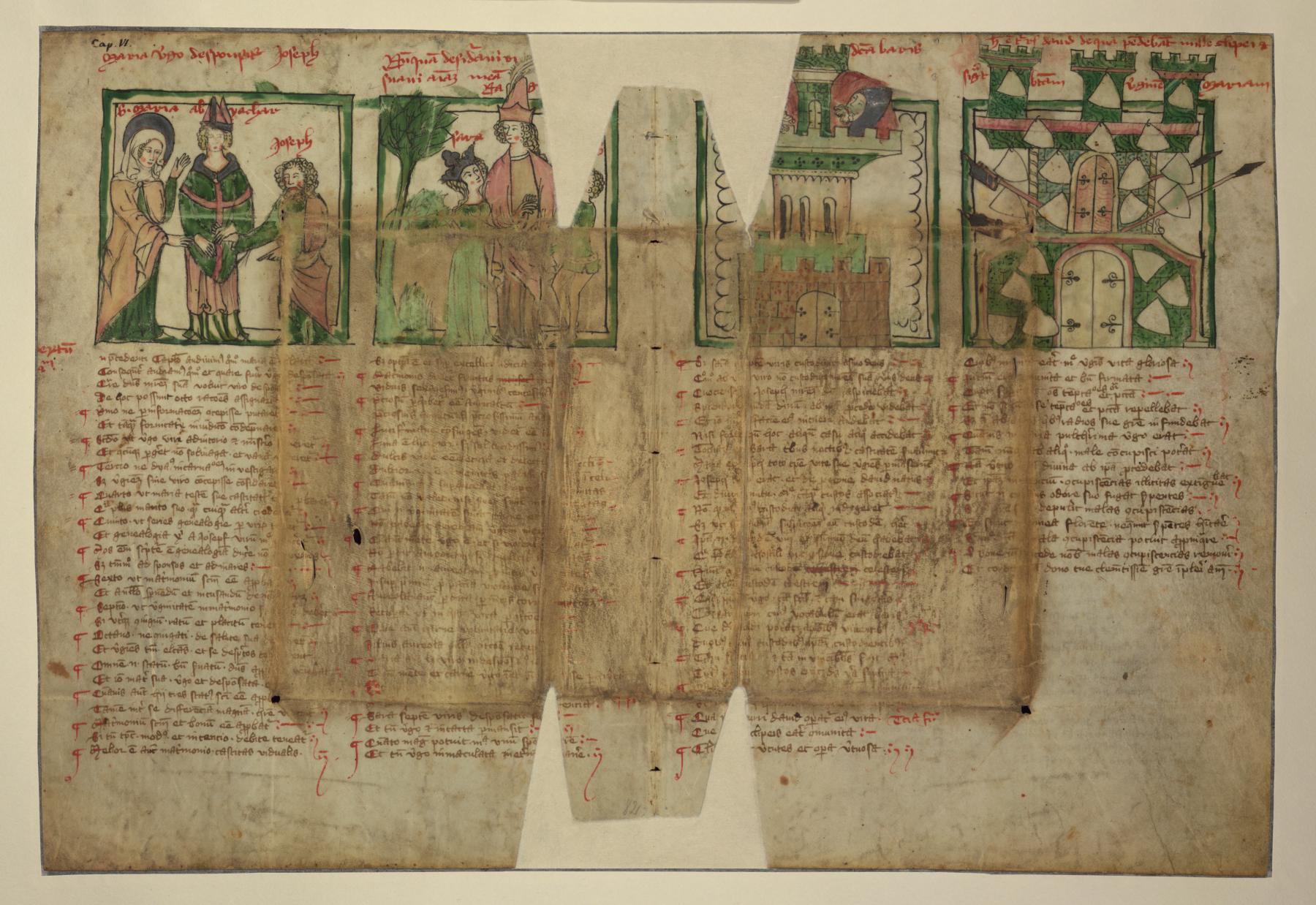 Two Leaves from the Mirror of Human Salvation

This a fragment of a manuscript that was made in Germany in the late fourteenth century. It was part of a brightly illuminated copy of a popular anonymous treatise called the Speculum humanae salvationis, or Mirror of human salvation, in which events of the Old Testament were compared to those of the New. In this example, as was often the case, each column is headed by a miniature. These pages were reused as a wrapper for a book at some later time. The ghosting of the book it adorned can still be seen in the dark, abraded portion that spans the two pages. By the nineteenth century, the value of the pages was recognized, and they were restored to their state as a bifolium.