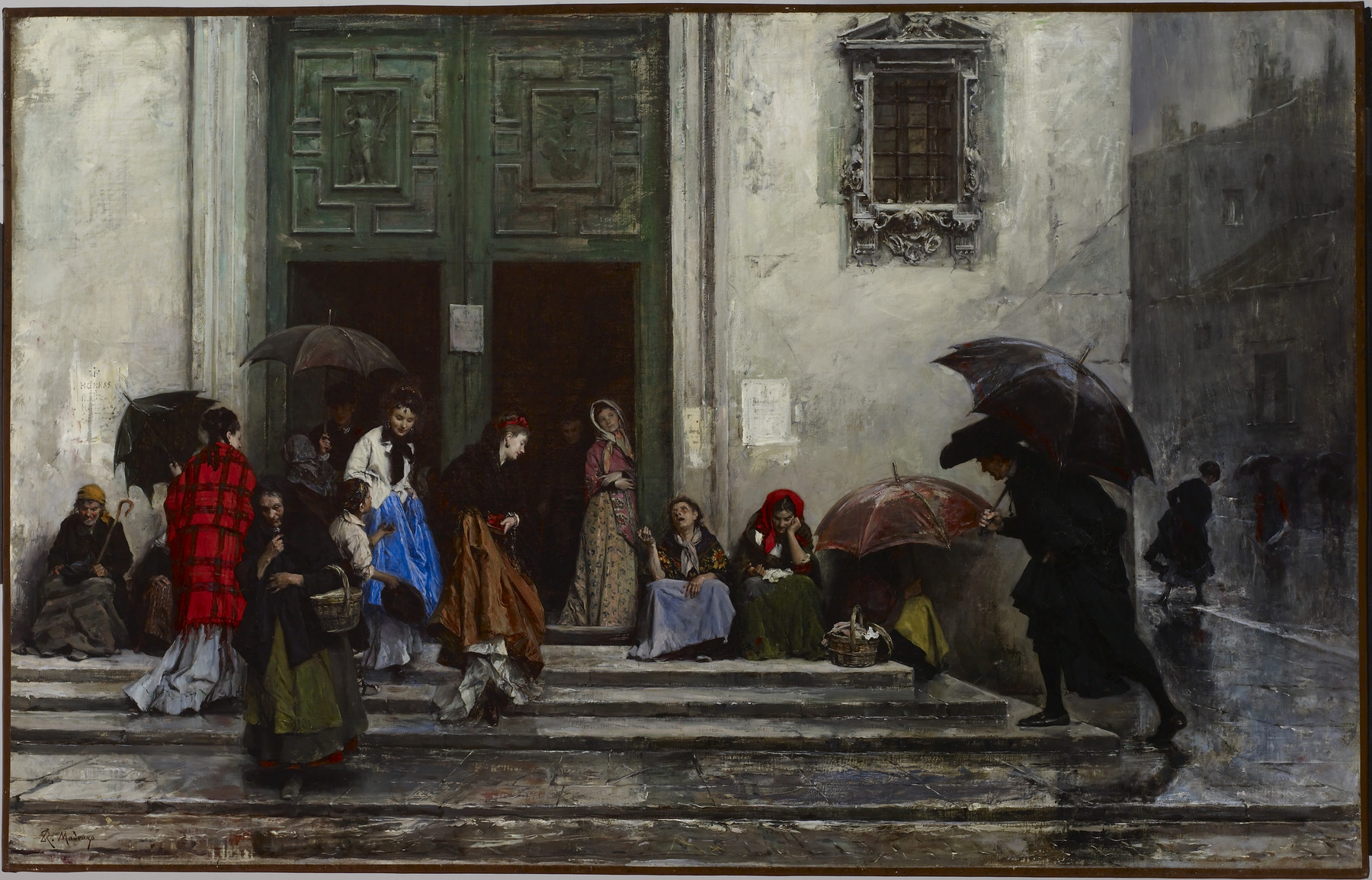 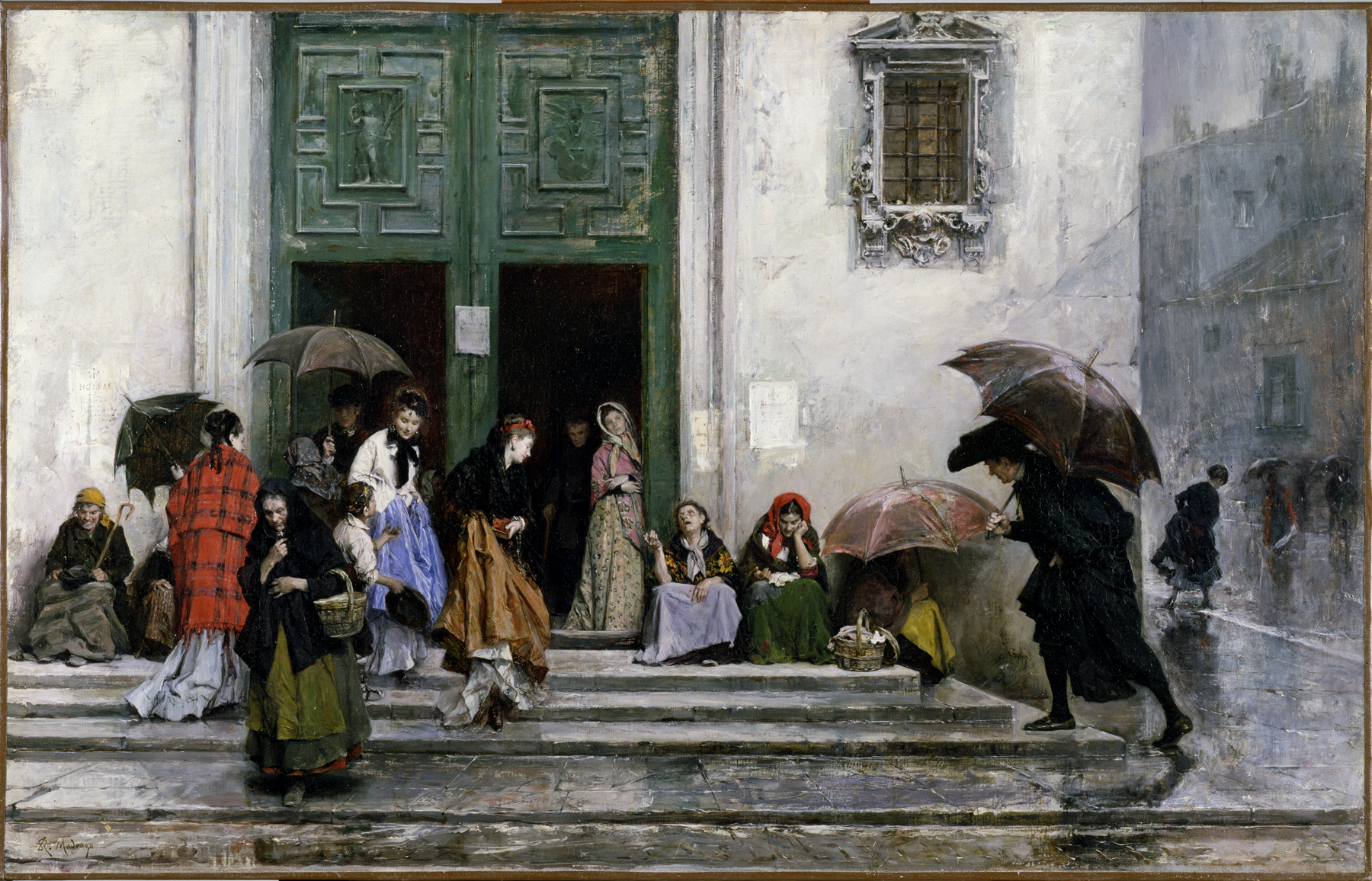 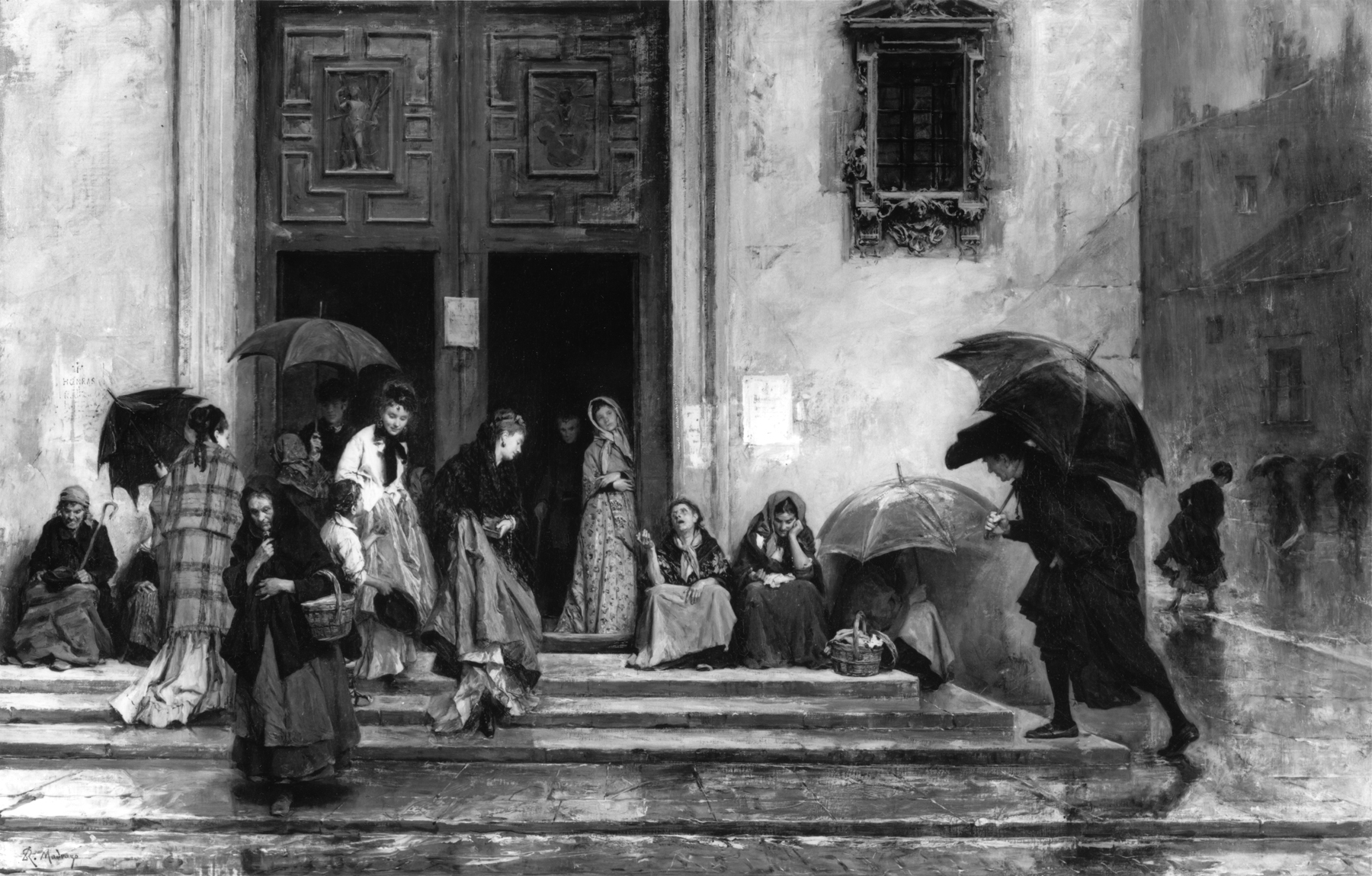 Coming Out of Church

Madrazo reached the pinnacle of his success at the 1878 Exposition Universelle, where he was proclaimed the successor to his brother-in-law Mariano Fortuny as the foremost contemporary Spanish painter. In this work, he displays his dramatic sense of color, mastery of atmospheric effects, and technical skill.

This painting explores the inequalities of modern life; the population of 19th-century European cities ballooned as rural workers migrated to urban environments looking for employment. The artist highlights the social and economic disparities that resulted. As wealthy, fashionably dressed women leave a church, they pass numerous men and women seated on its steps who have no source of income and are asking them for money.