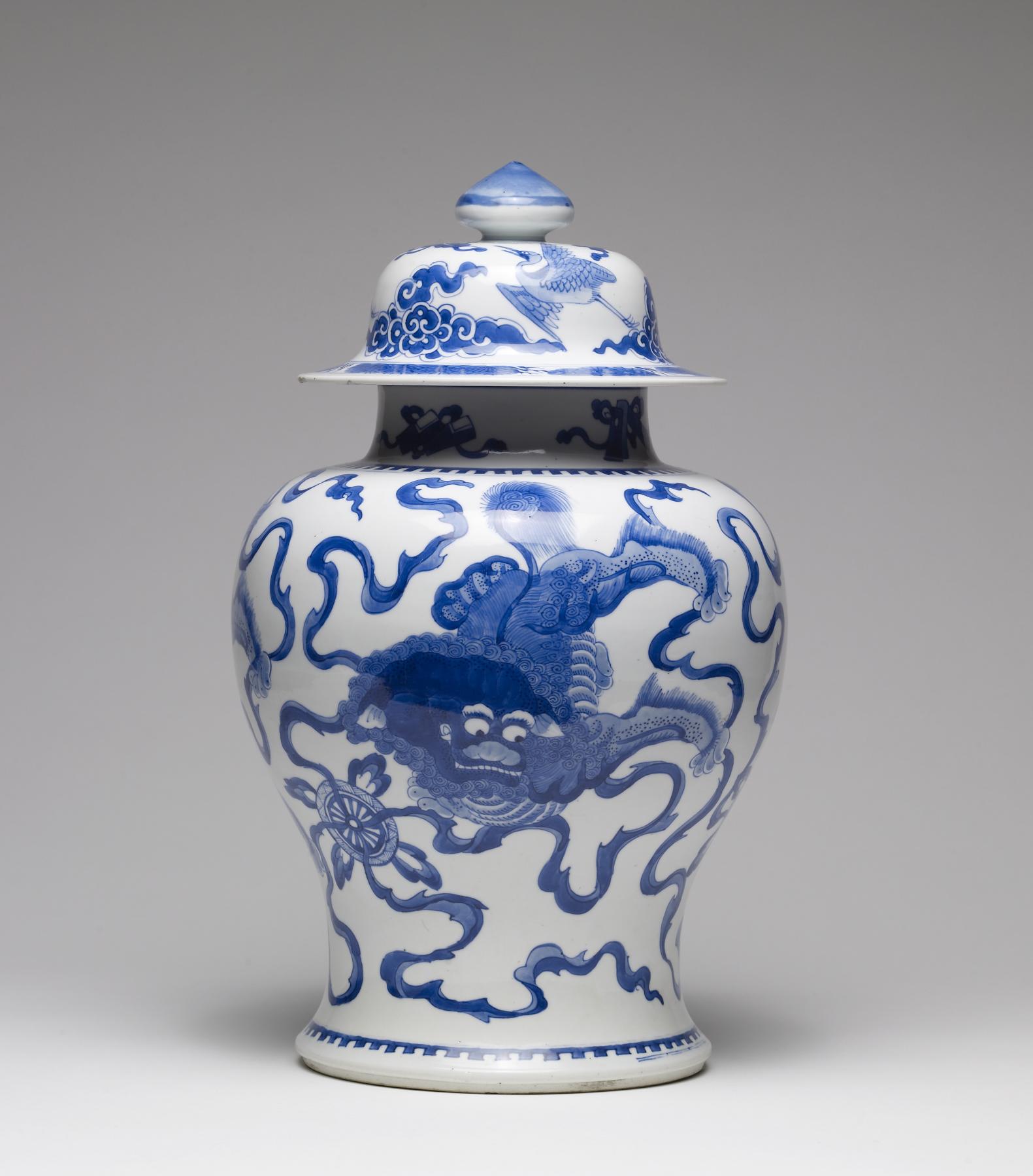 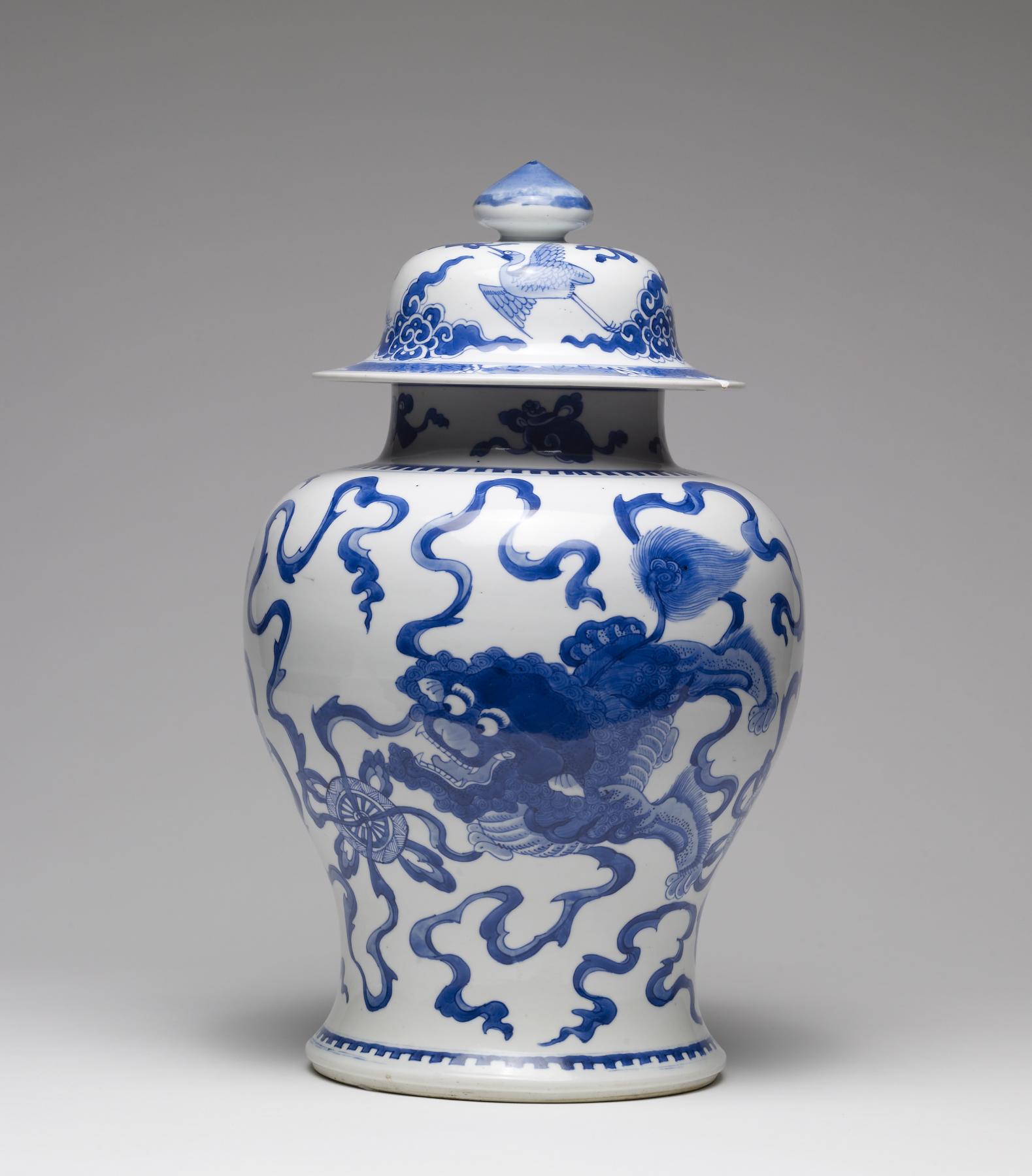 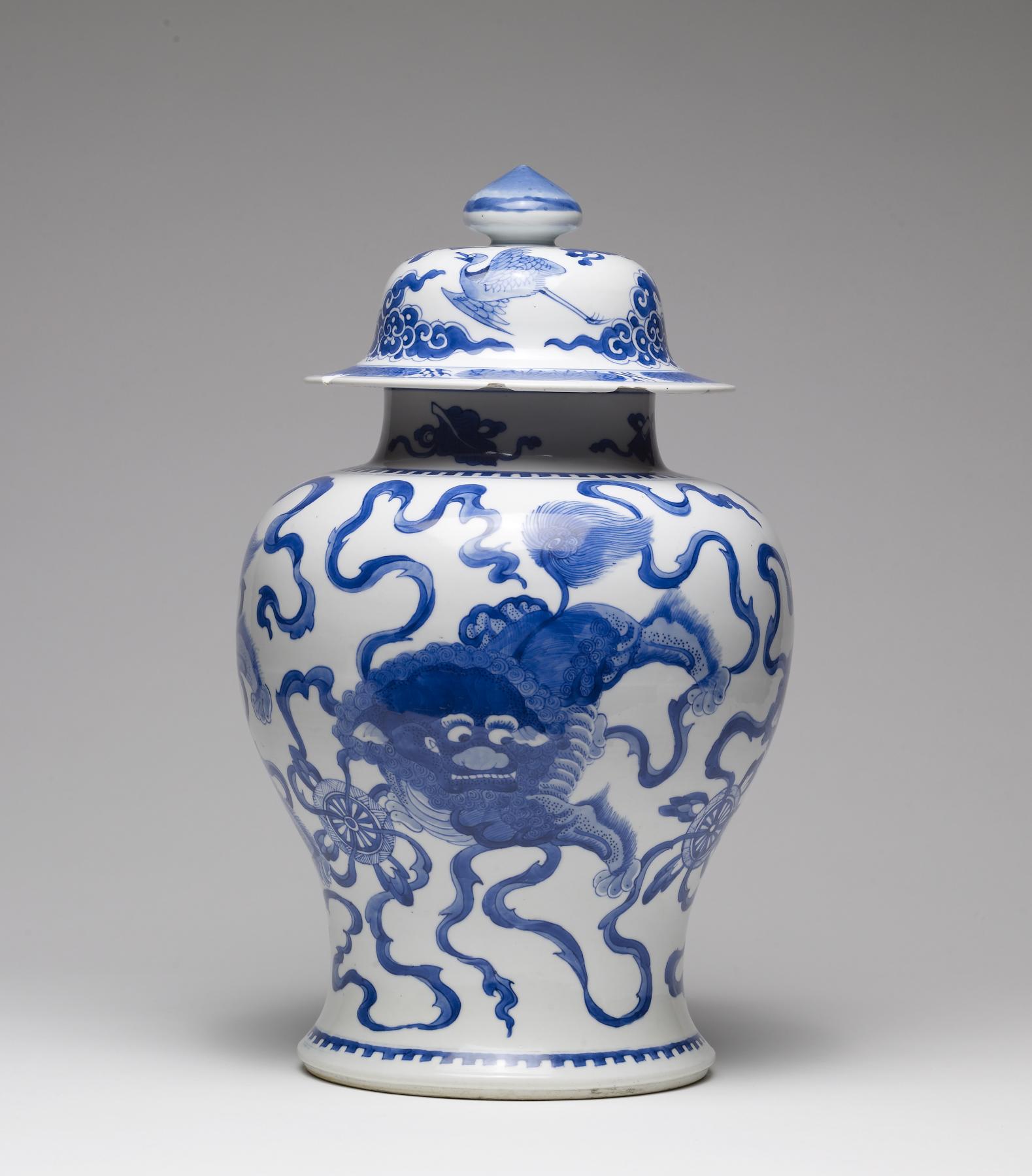 Jar with Three Lions Playing with Balls and Ribbons

This jar painted in underglaze cobalt blue depicts three bounding lions among the waving tassels of brocaded balls. Lions are Buddhist guardians and are often portrayed as they are here playing with a ball or ribbons. The jar has a bulbous body with high shoulders, waisted sides, and spread foot. Its neck is decorated with varied Buddhist and Taoist emblems wrapped with fillets. The Conch is one of eight Buddhist Emblems, the Artemisia Leaf and the Pair of Books are two of the Eight Buddhist Treasures, and the kuai ban (bamboo or bone clappers) is a Taoist emblem of the Immortal and patron of actors Cao Guo Jiu. Buddhist and Taoist imagery could often be combined on one vessel, and indication that the two religions were practiced together. The lid of the jar, with flared rim and radish shaped knob, is painted with cranes amid scrolling clouds. 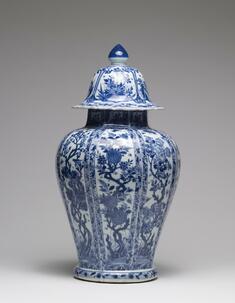