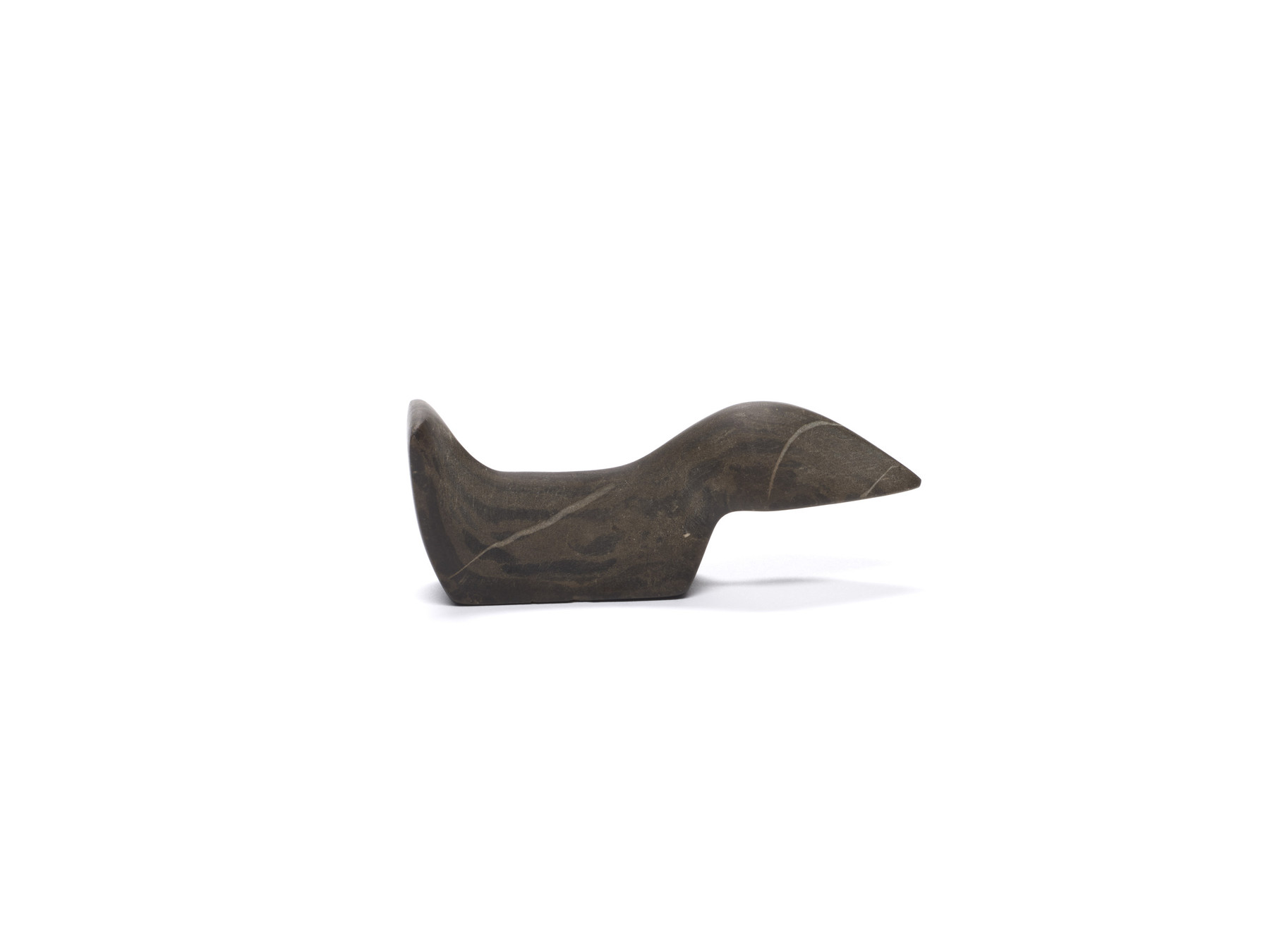 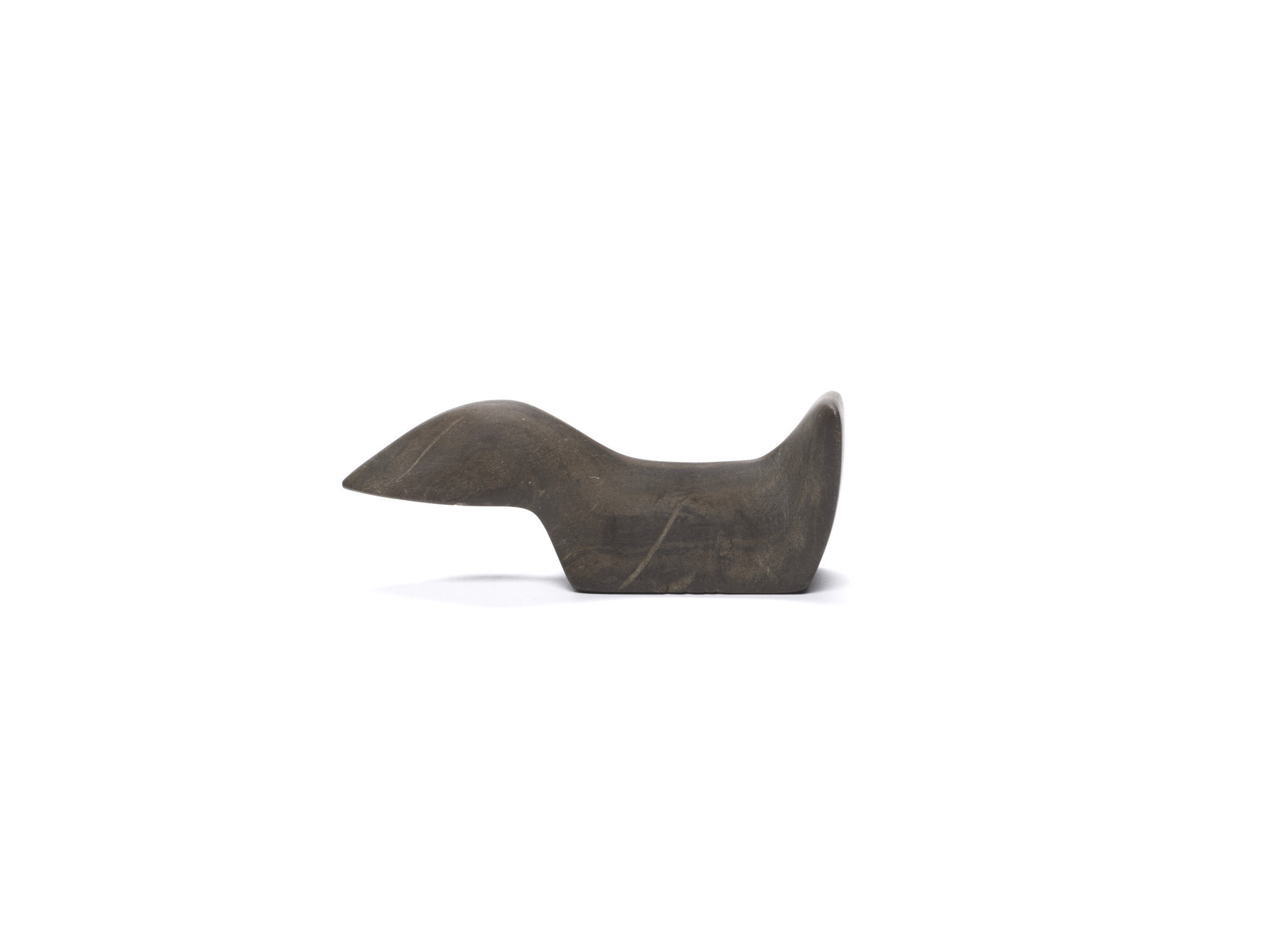 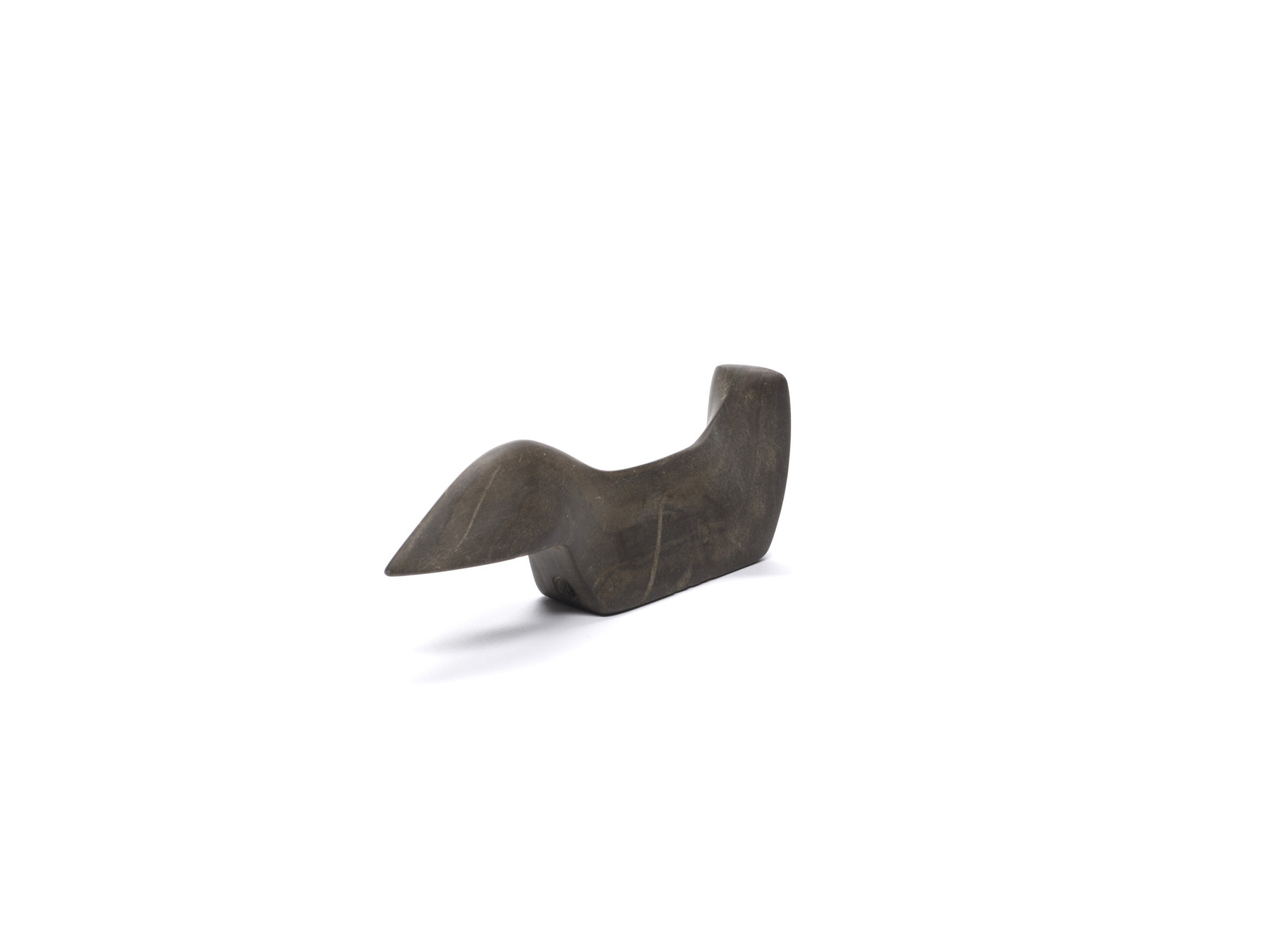 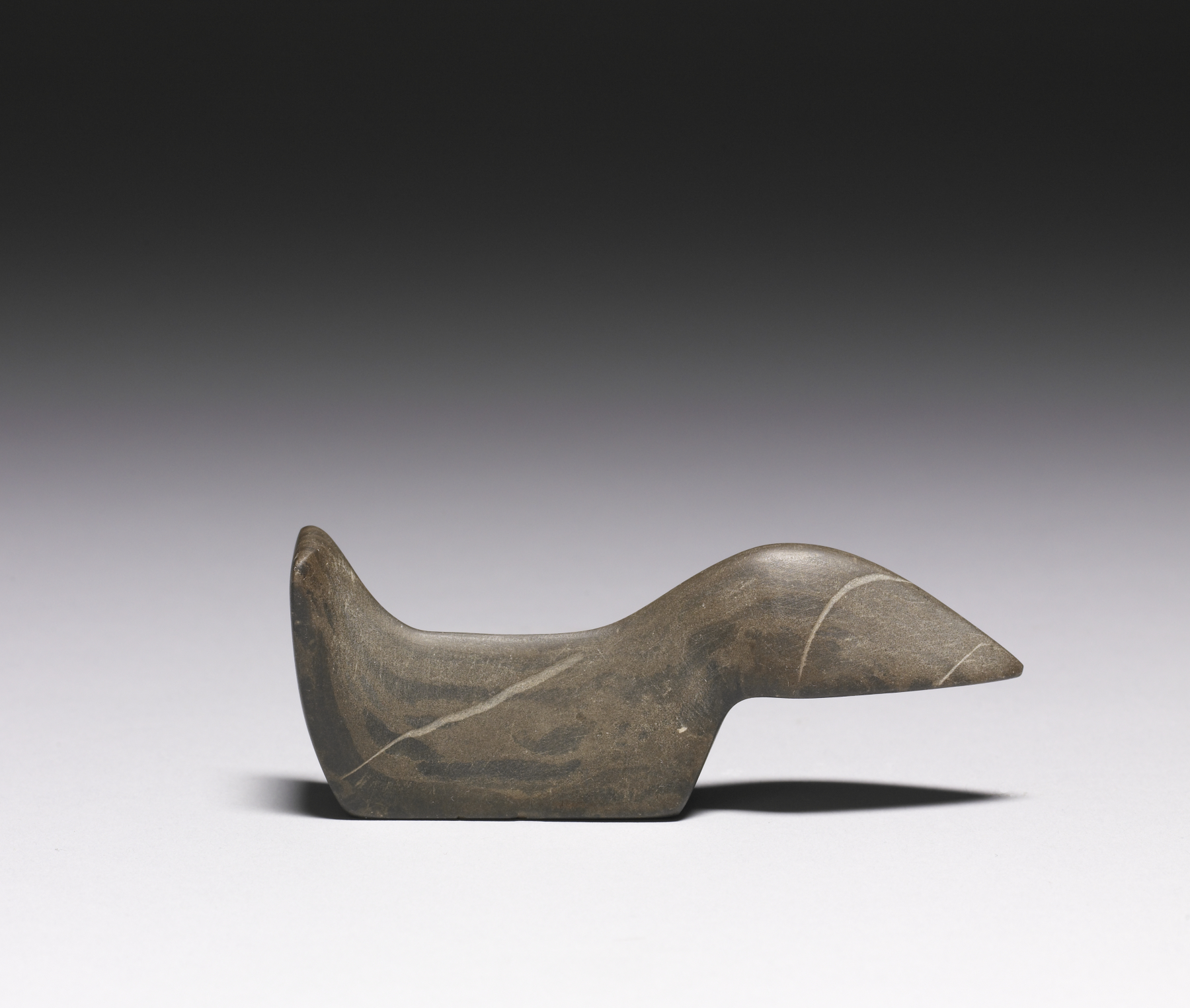 “Bird stones,” are simple animal forms, often of birds but sometimes of other animals, created from hard, visually pleasing stones. They were often carved from materials with variations in them, such as banded shale, sandstone, granite, or others. Bird stones have been found throughout the upper Midwest and all along the east coast of the United States, and into Ontario Province in Canada. Some were found in fields, apparently unconnected to broader towns and settlement, but others have been found associated with Native American altars or graves. The function of these objects is not clear, and there have been many theories. Most examples, like this one, were pierced on the bottom of the form, to allow for tying them to something else. Some scholars believe that they were worn suspended on necklaces or as amulets, or perhaps placed in important locations to indicate clan affiliation. However, the most common theory about their use is that they were counterweights for the atlatl, a spear or dart-thrower. The bird stone would have helped hunters or warriors to throw projectiles much further than they could without the weighted atlatl.