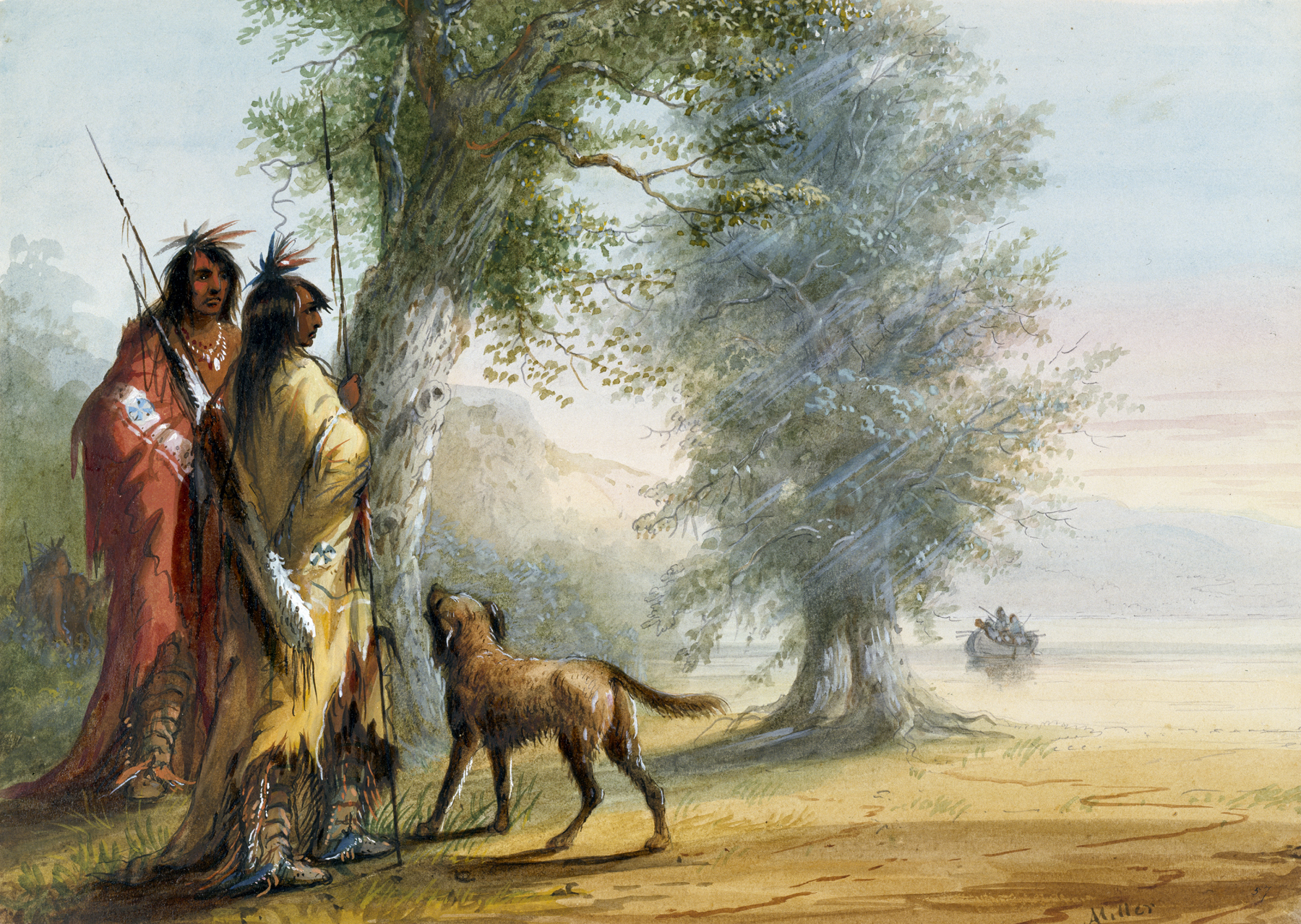 "Among these wandering tribes 'eternal vigilance is the price of safety.' During our whole journey, scarcely a day passed that we were not conscious of being under the surveillance of unseen eyes. From the tops of bluffs, on the prairie lying in the long grass, behind trees, and in the midst of bushes, our every movement was noted and reported at headquarters. In civilized life we appreciated the industry of that active person Mrs. Grundy, but in the matter of inquisitiveness our North American Indians surpass her,- the motive is different however." A.J. Miller, extracted from "The West of Alfred Jacob Miller" (1837).