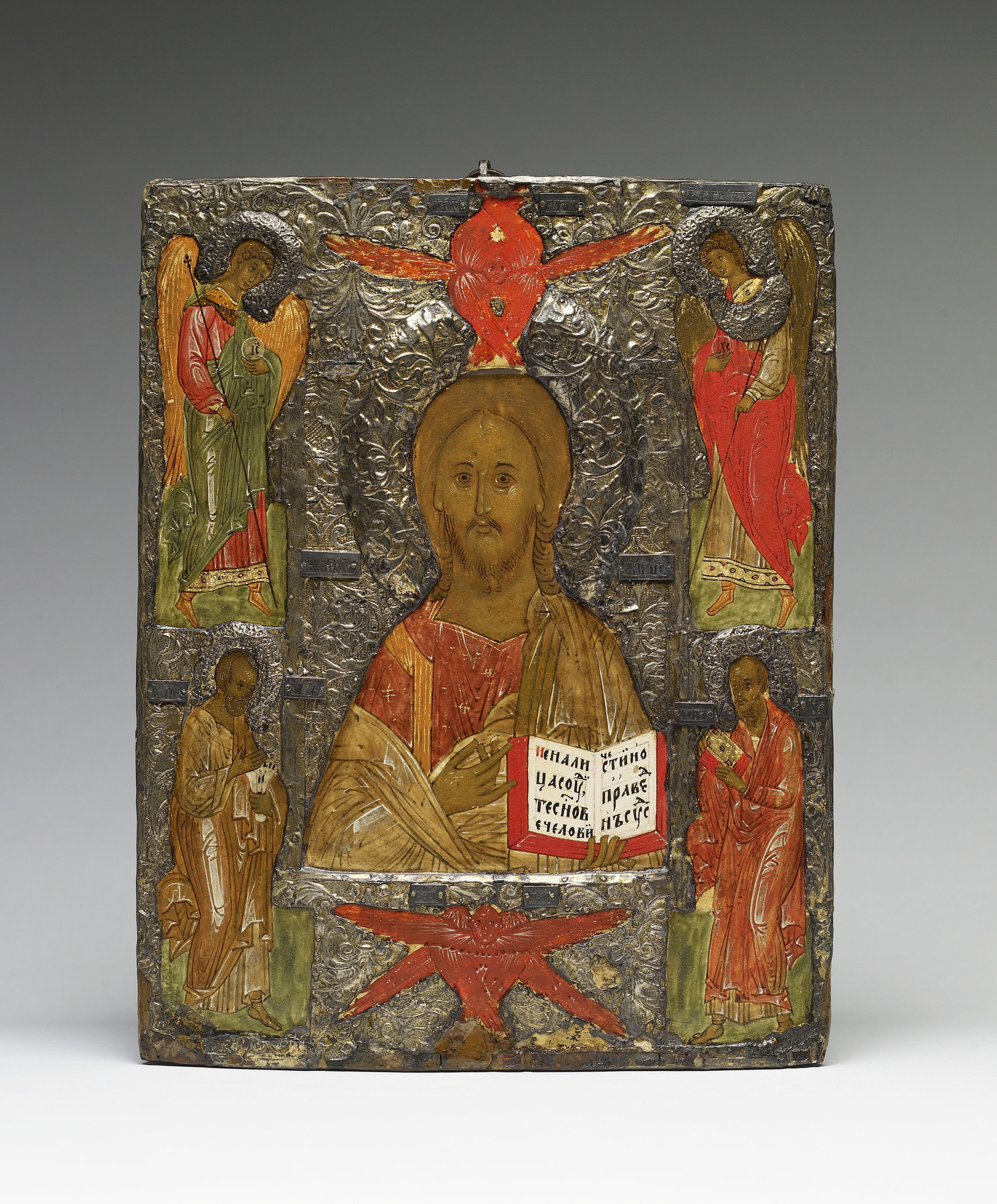 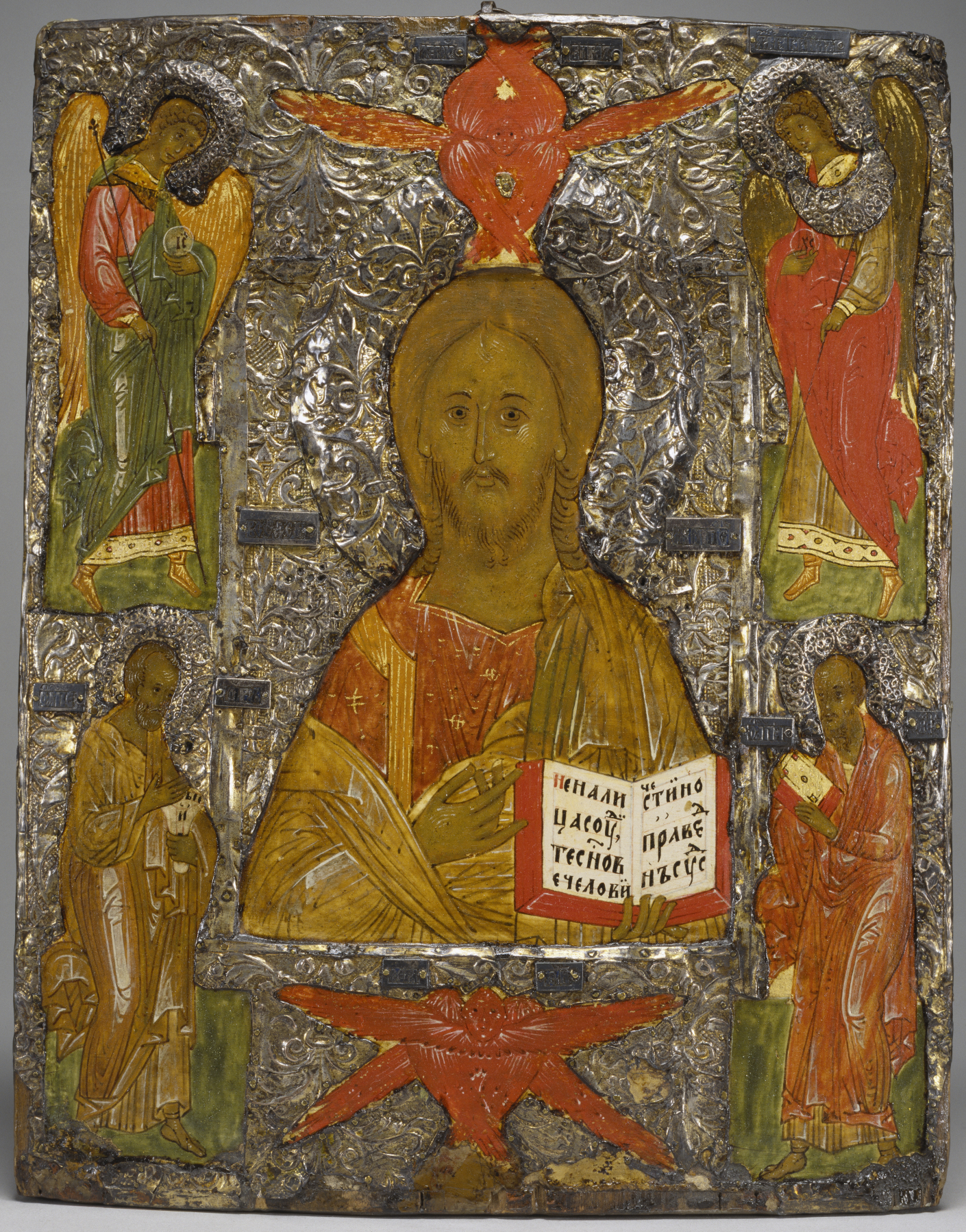 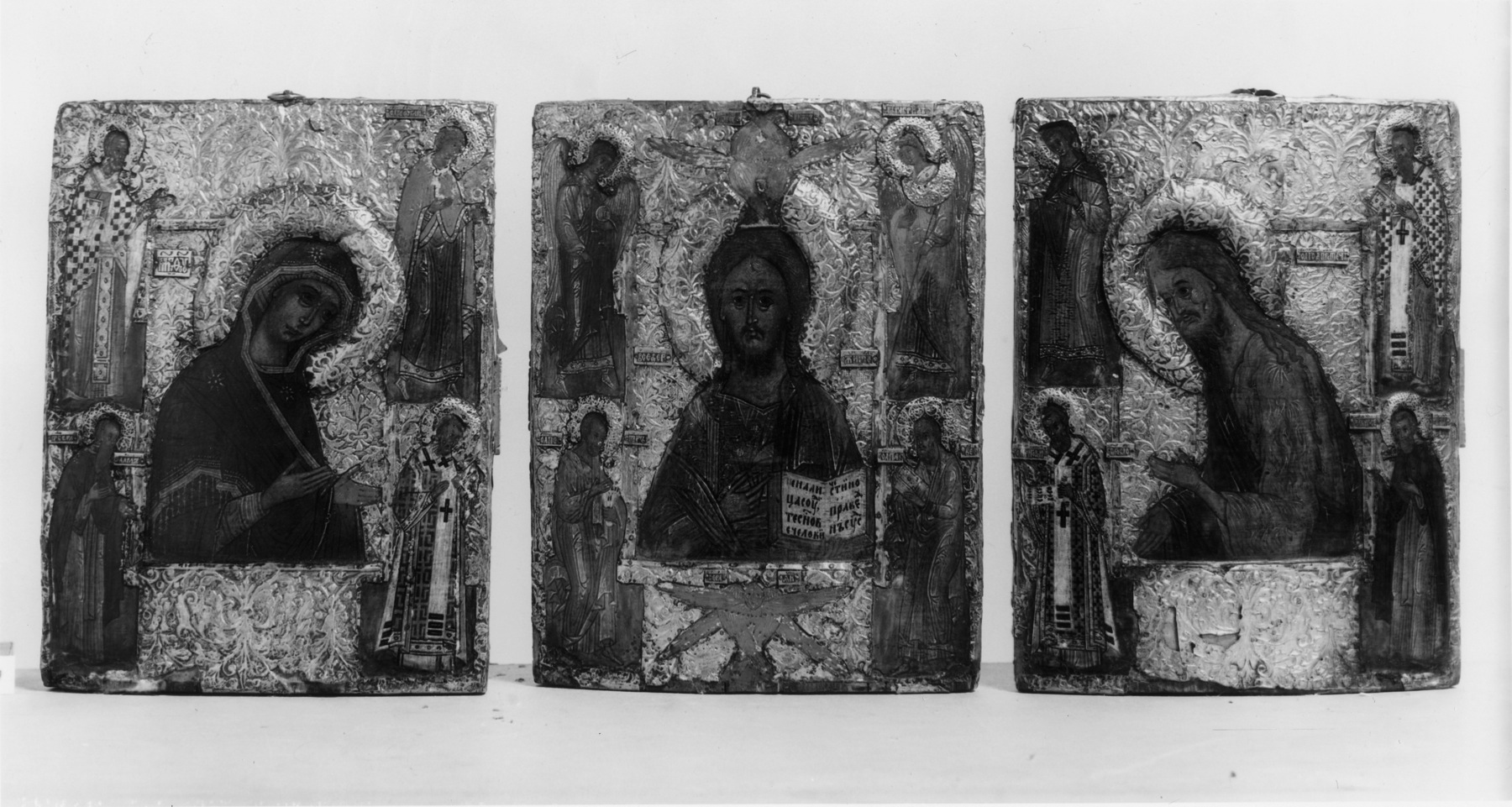 Christ, seen in the pose of the Just Judge, holds a Gospel book open to John 7:24: "Do not judge by appearances, but judge with right judgement." Above and below are bright red seraphim, while at the sides are the venerating figures of Sts. Peter, Paul, and two archangels. Surrounding them is a rich, gilt silver revetment (cover), densely patterned with scrolls and leaves. This vividly colored icon forms the center of a Deesis, a composition in which the figure of Christ is flanked by panels of the Virgin on the left and John the Baptist on the right.

Three-Panel Icon with the "Deesis"