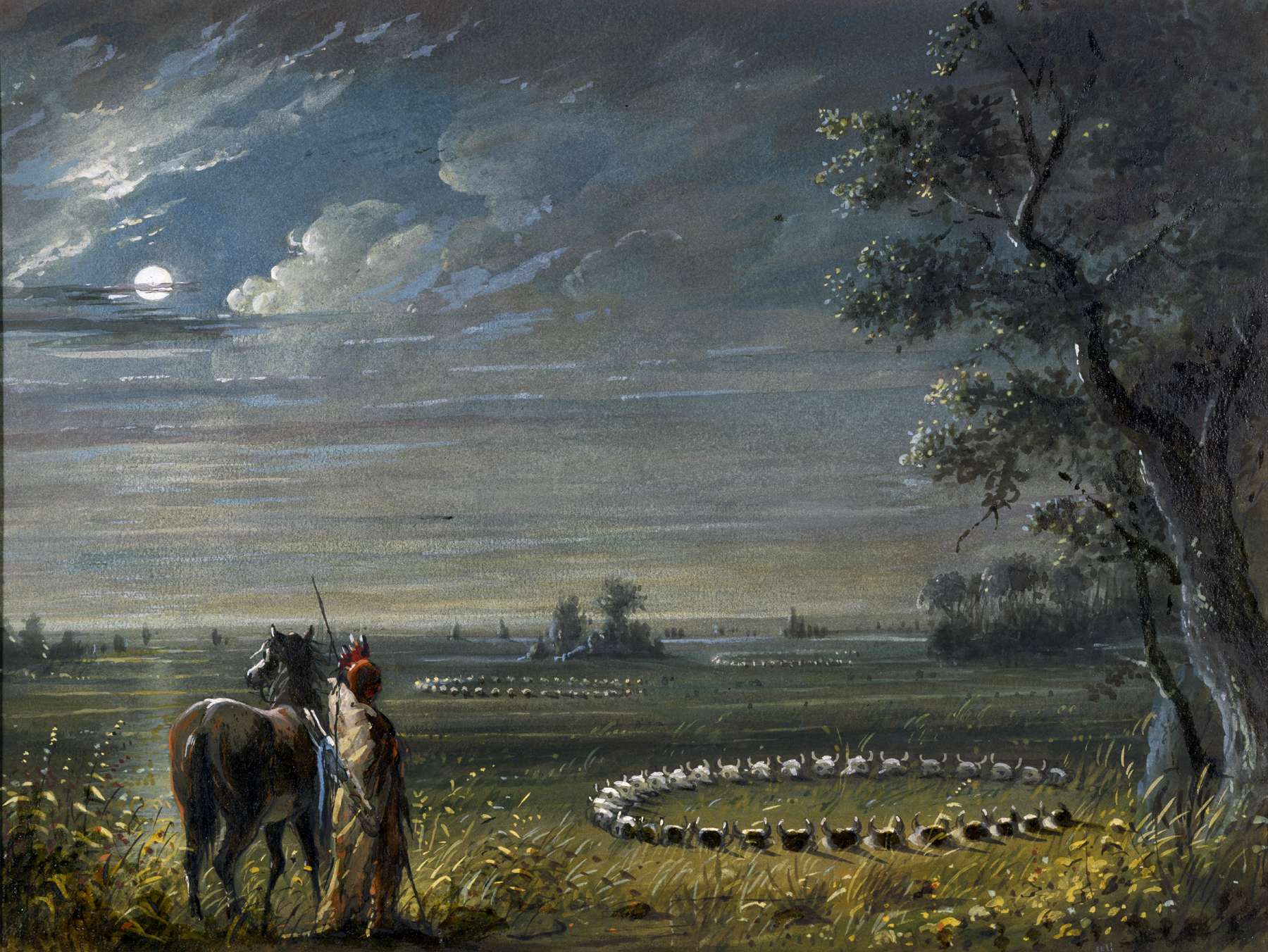 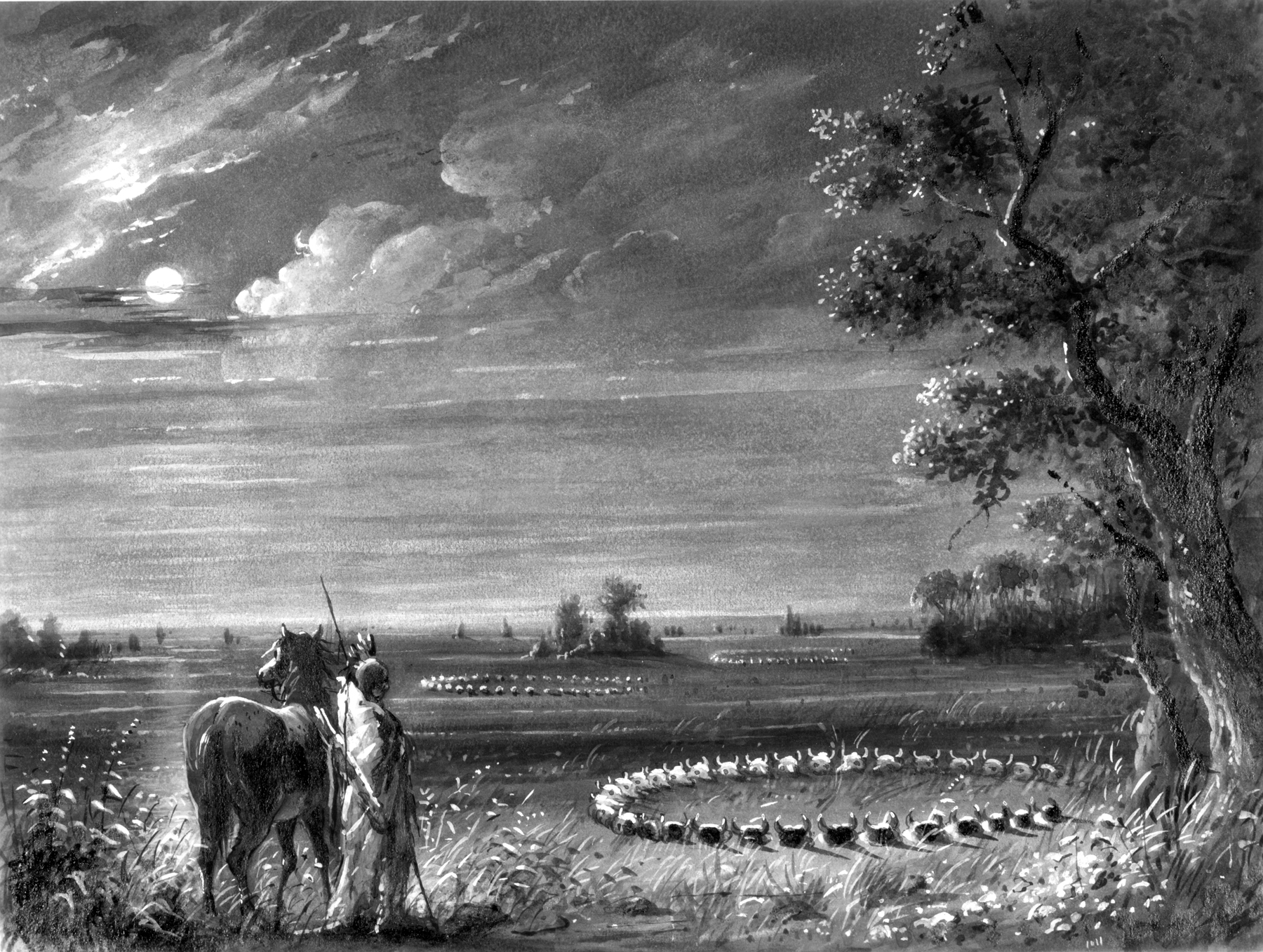 "The curious circle represented in the sketch we found on the upper waters of the Platte, near our encampment for the night, and puzzled ourselves sufficiently in surmises touching their original and import. They formed nearly complete circles of about 20 feet diameter, composed of Buffalo skulls, with noses pointed each to the centre. We were informed by the Trappers and old mountain voyageurs of their having met with them in other districts, composed entirely of human skulls;- but could give us no further information as to their purpose. The word 'medicine' being equivalent in meaning to our word 'charm.' It is more than probable that they formed some part of a superstitious ceremony." A.J. Miller, extracted from "The West of Alfred Jacob Miller" (1837).