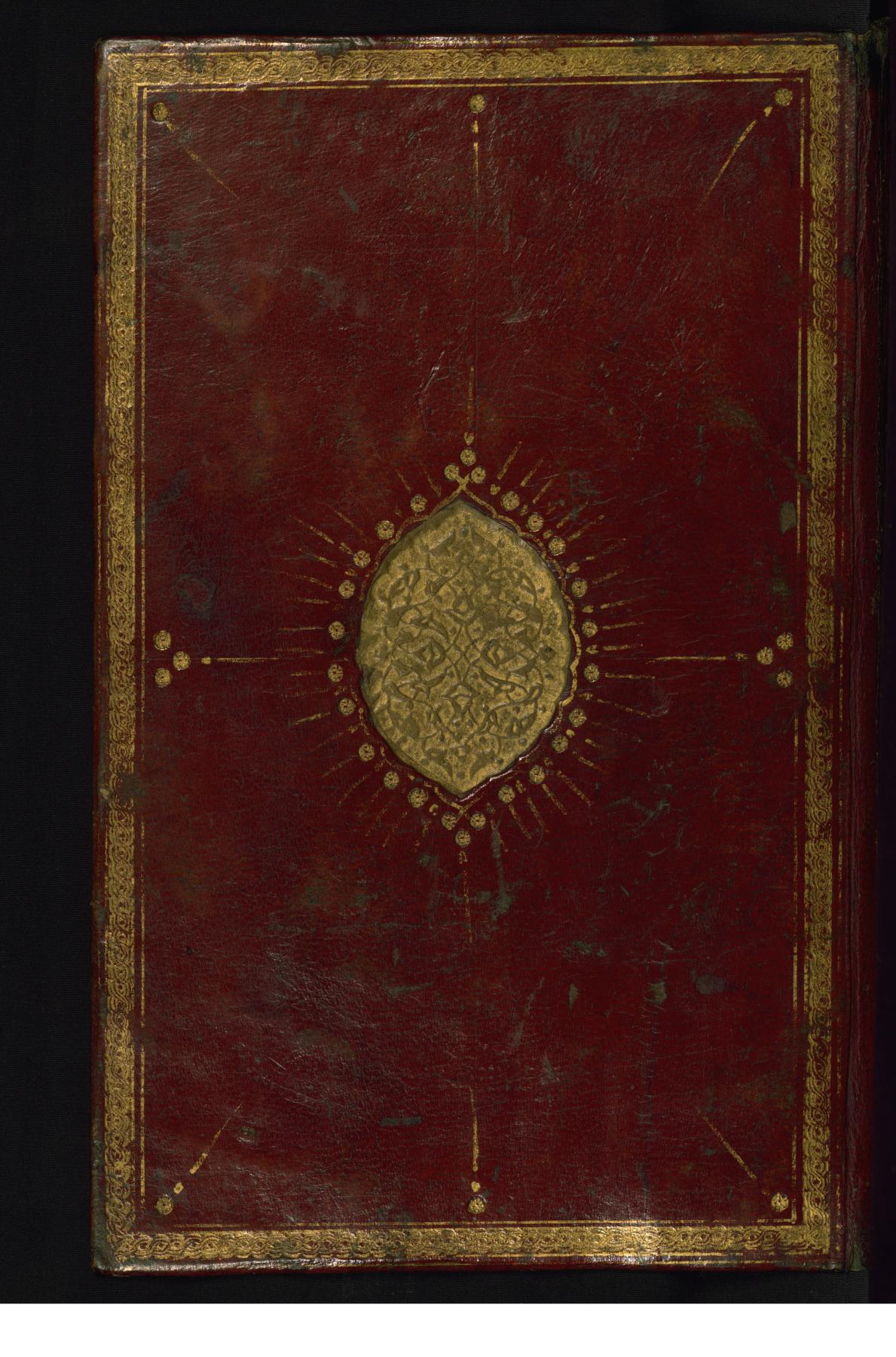 Walters manuscript W.628 is an illuminated and illustrated manuscript copy of the Collection of poems (divan) by Shams al-Din Muhammad Hafiz al-Shirazi (flourished 8th century AH/AD 14th). It was written in black Nasta"liq script with chapter/section headings in gold ink by Zayn al-"Abidin "Abd al-Rahman al-Jami in 918 AH/AD 1512 in Safavid Iran. The manuscript opens with an illuminated medallion (fol. 1a), followed by a double-page illustrated frontispiece (fols. 1b-2a). The text begins with an incipit page with illuminated headpiece (fol. 2b). There are three additional illustrations (fols. 24a, 49b, and 87a). The red leather binding, which is not original and may be attributed to late 12th-century AH/AD 18th or 13th-century AH/AD 19th Turkey, has a scalloped medallion with gold-tooled decoration and borders.

Henry Walters, Baltimore [date and mode of acquisition unknown] [Ex libris on upper board inside]; Walters Art Museum, 1931, by bequest. 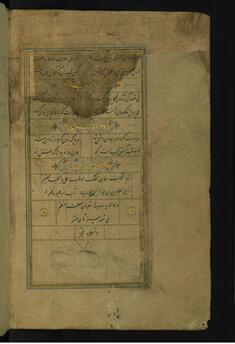 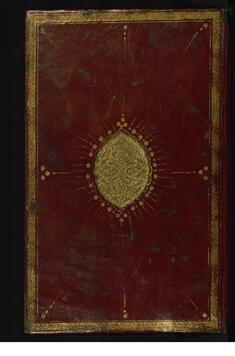 Lovers By a Stream 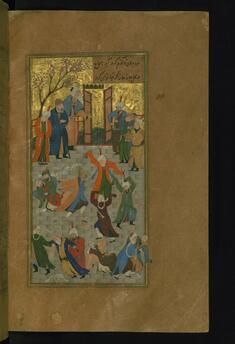 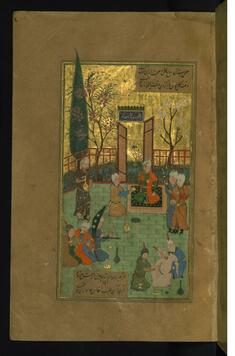 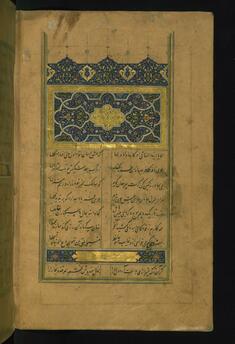 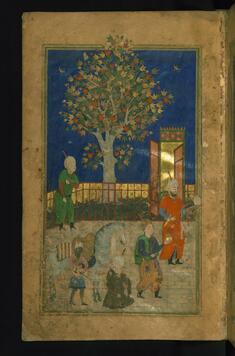 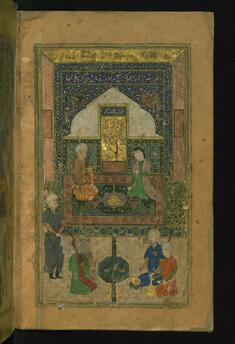 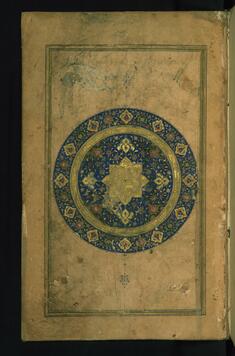