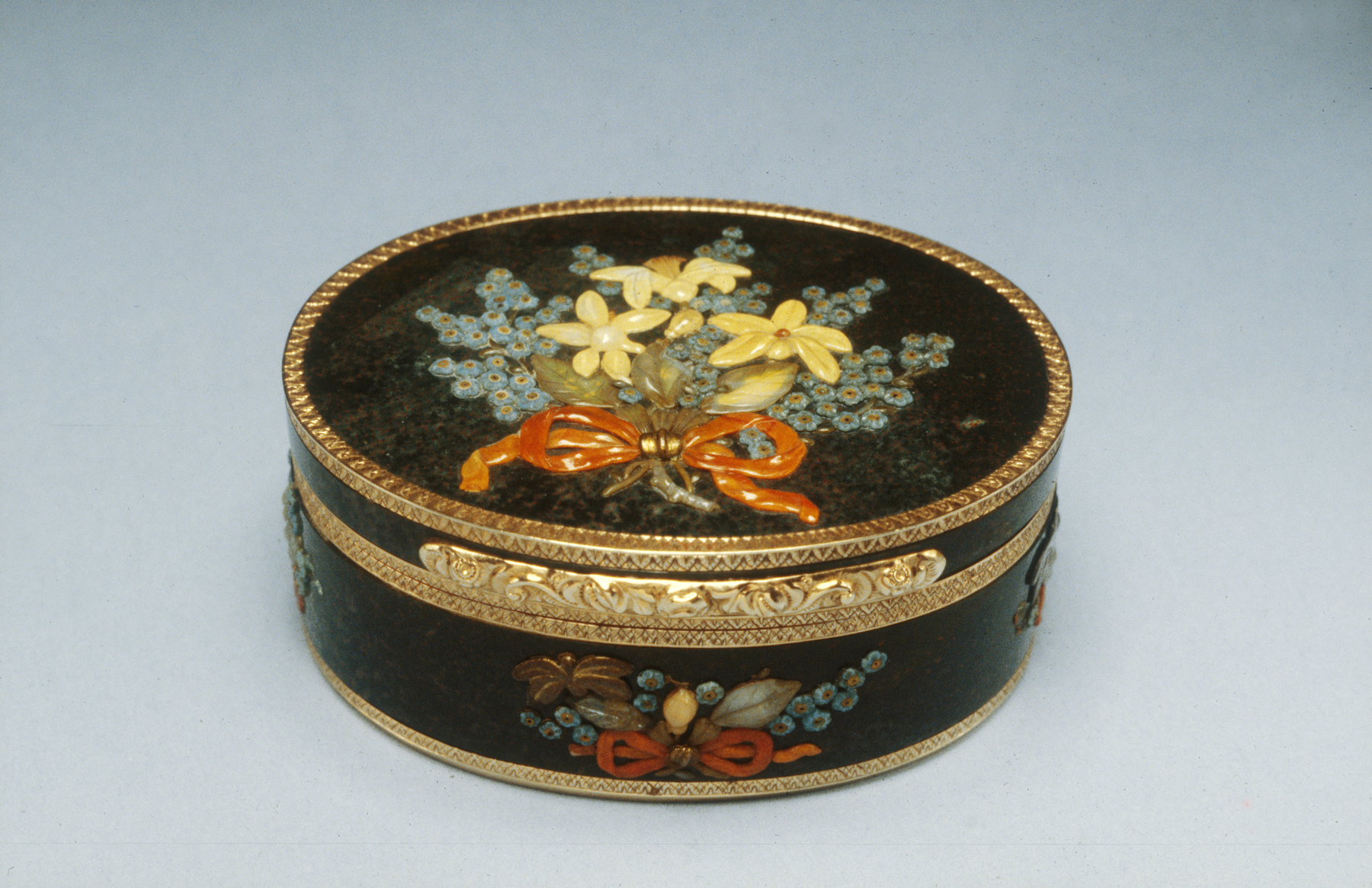 A complicated figure, Frederick the Great was both a successful soldier and a great patron of arts. This large snuffbox was likely made at a factory founded by him in Berlin. He had a particular liking for hardstone objects, owning at least one box very similar to this and frequently bestowing them on courtiers and diplomats as gifts. At his death in 1786 it has been estimated that Frederick owned between three and four hundred snuffboxes.