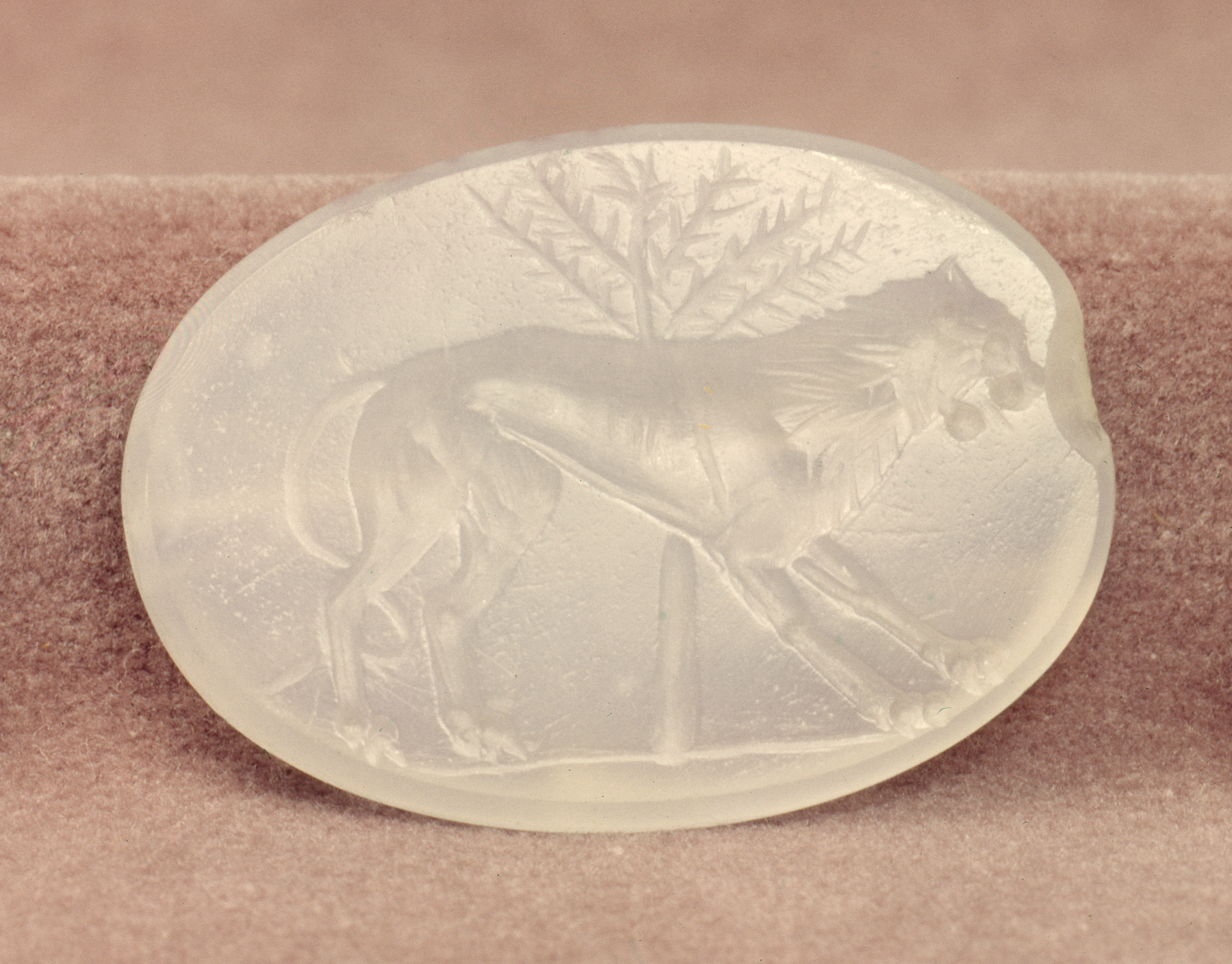 Intaglio with a Lion and a Tree

A lion appears in profile to the right on this intaglio with a tree in the background.