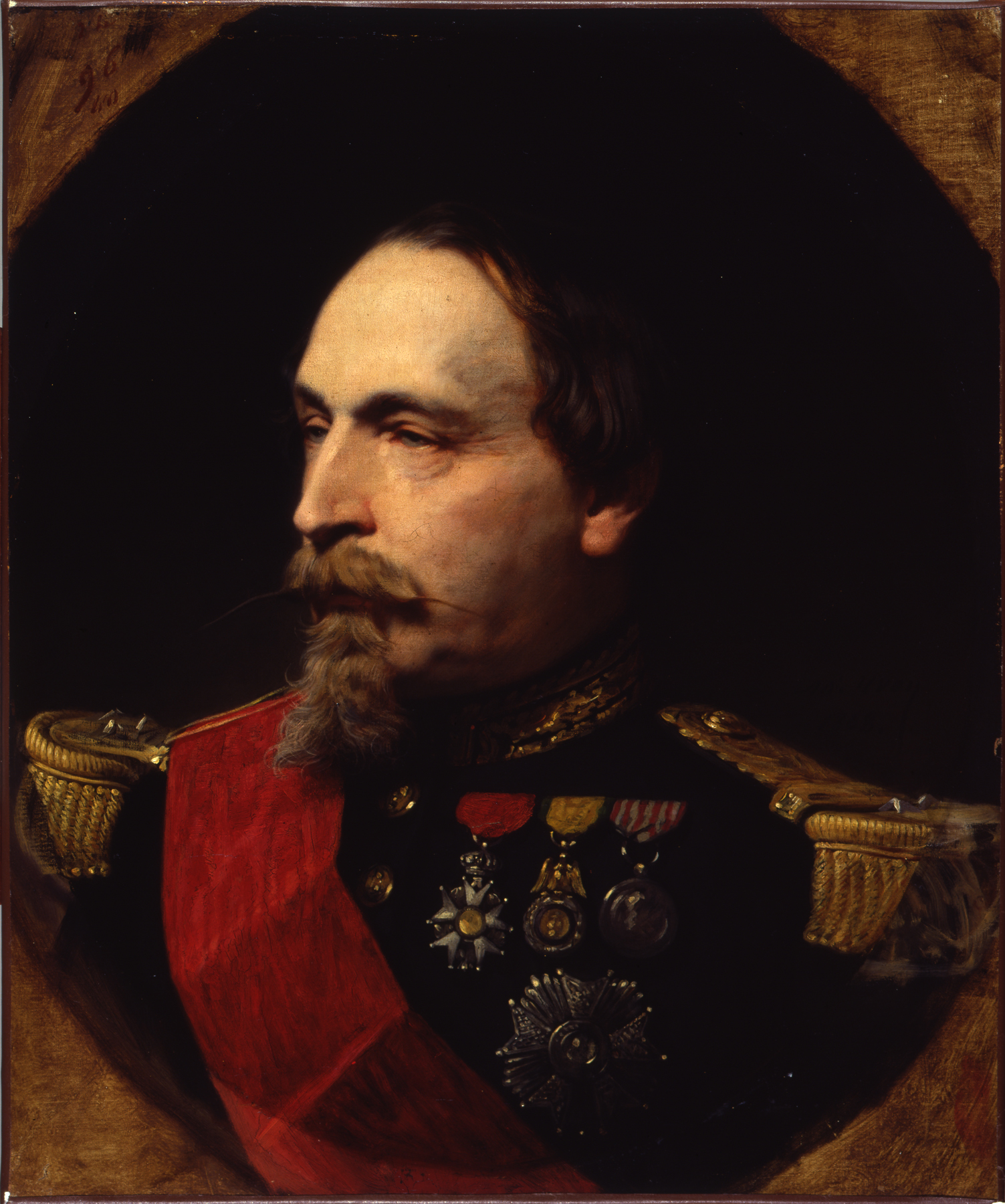 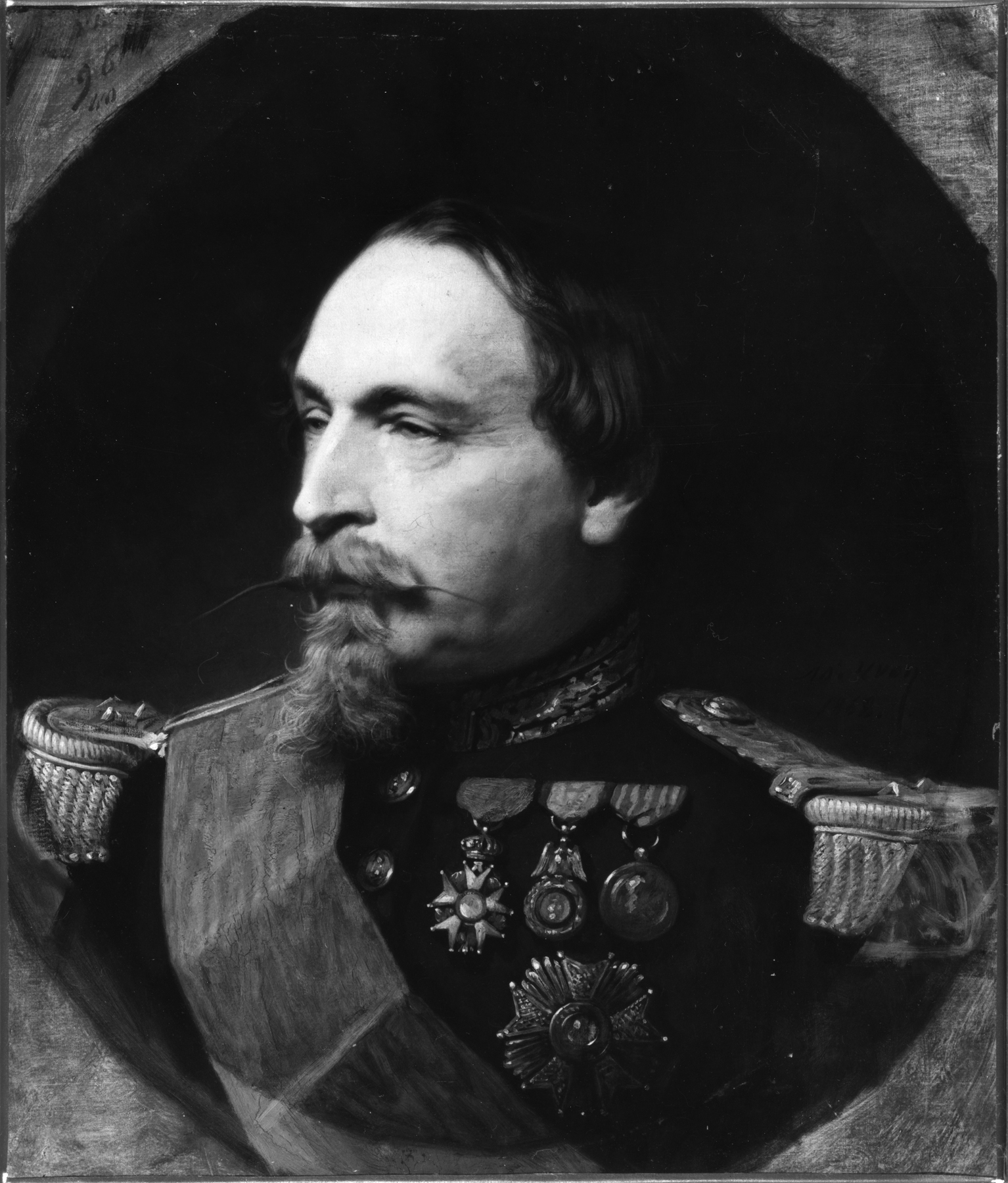 Yvon served as the principal battle-painter of France's Second Empire (1852-70), executing a number of monumental canvases for the palace at Versailles. He became an officer of the Légion d'honneur in 1867, and the next year painted Napoleon III's portrait. He was also a leading teacher of the école des Beaux-Arts from 1863-83. The French emperor is shown in his prime, two years before the defeat of his forces in the Franco-Prussian War (1870-1871).