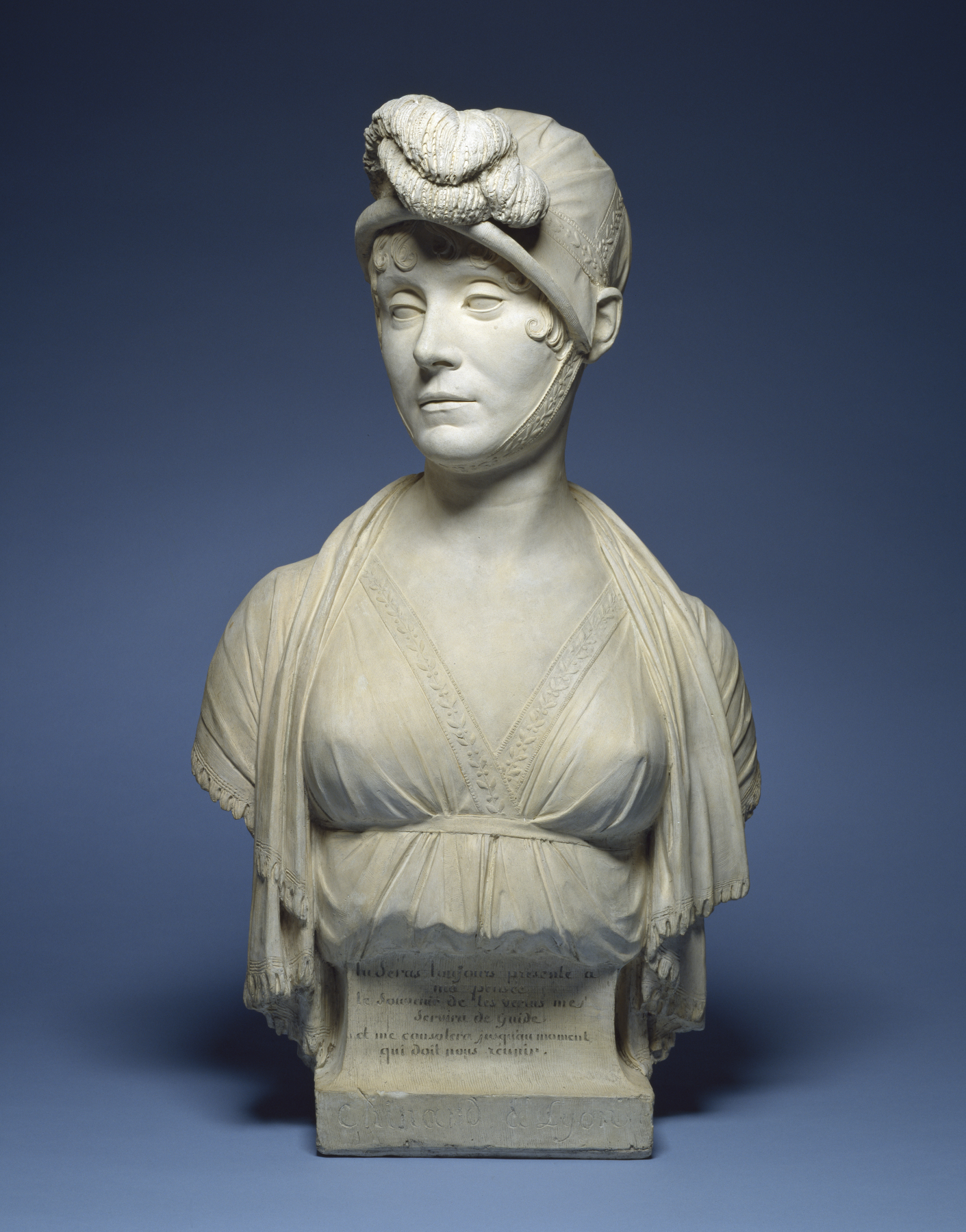 Chinard, a sculptor from Lyons, developed his neoclassical style in Rome, where he studied both ancient statuary and the works of contemporary masters. An ardent supporter of the French Revolution and later of Napoleon's empire, he received commissions for a number of important monuments and triumphal arches (never realized) as well as portrait busts. His sitters included Napoleon's first wife, the empress Josephine, the philosopher Jean Jacques Rousseau, Mme Récamier, the renowned beauty and leader of society, and Napoleon's stepson, Prince Eugène de Beauharnais. This portrait of the sculptor's first wife, Antoinette Perret, whom he married in 1787, was produced after her death.

[Transcription] On base: Tu seras toujours présente à / ma pensée / Le souvenir de tes verus me / Servira de Guide / et me consolera jusqu'au moment / qui doit nous réunir.; [Translation] Inscribed: You will always be present in my thoughts/The memory of your virtues will guide me/And console me until we are reunited.; [Signature] On base: Chinard a Lyon ....L'AN XI