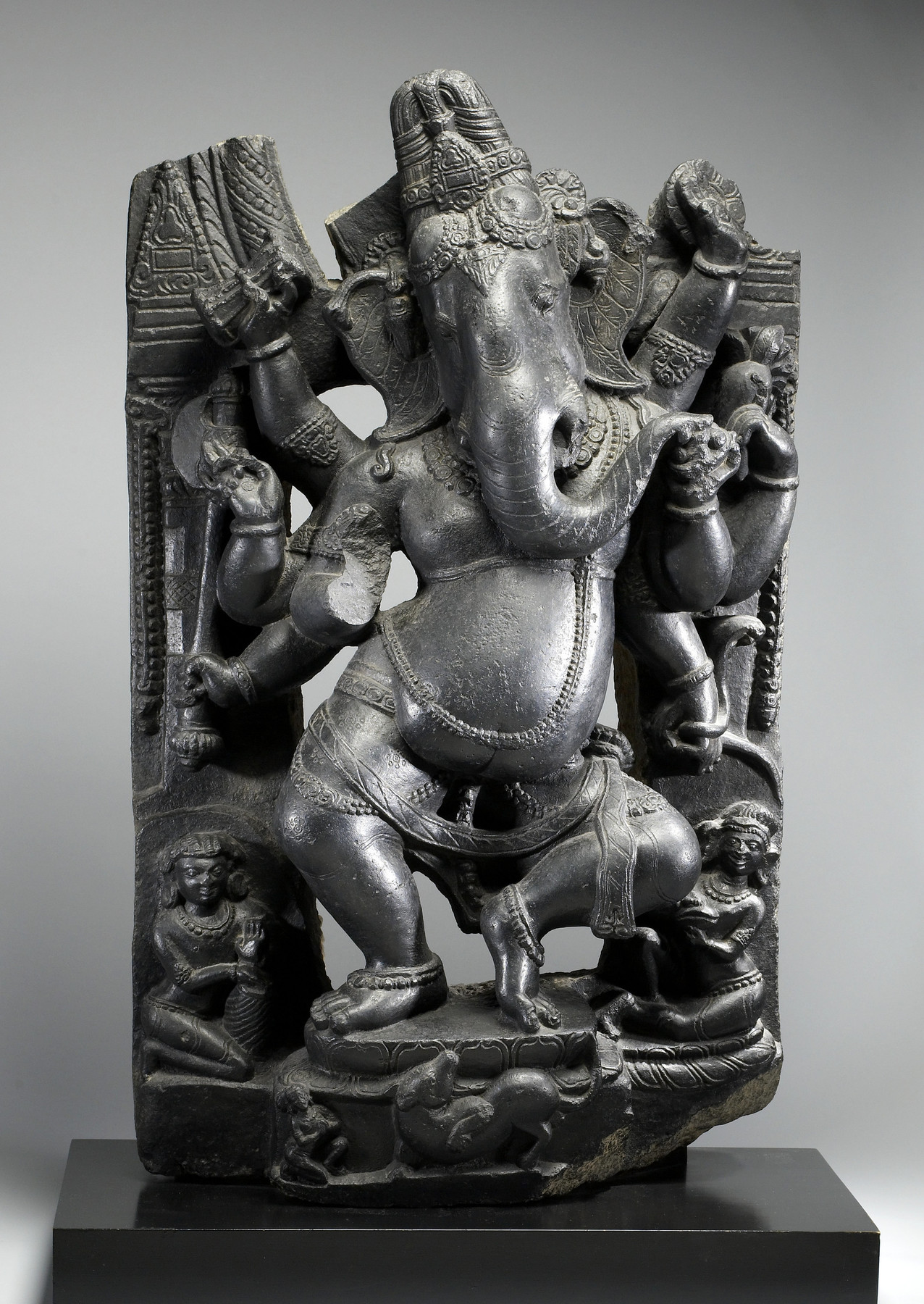 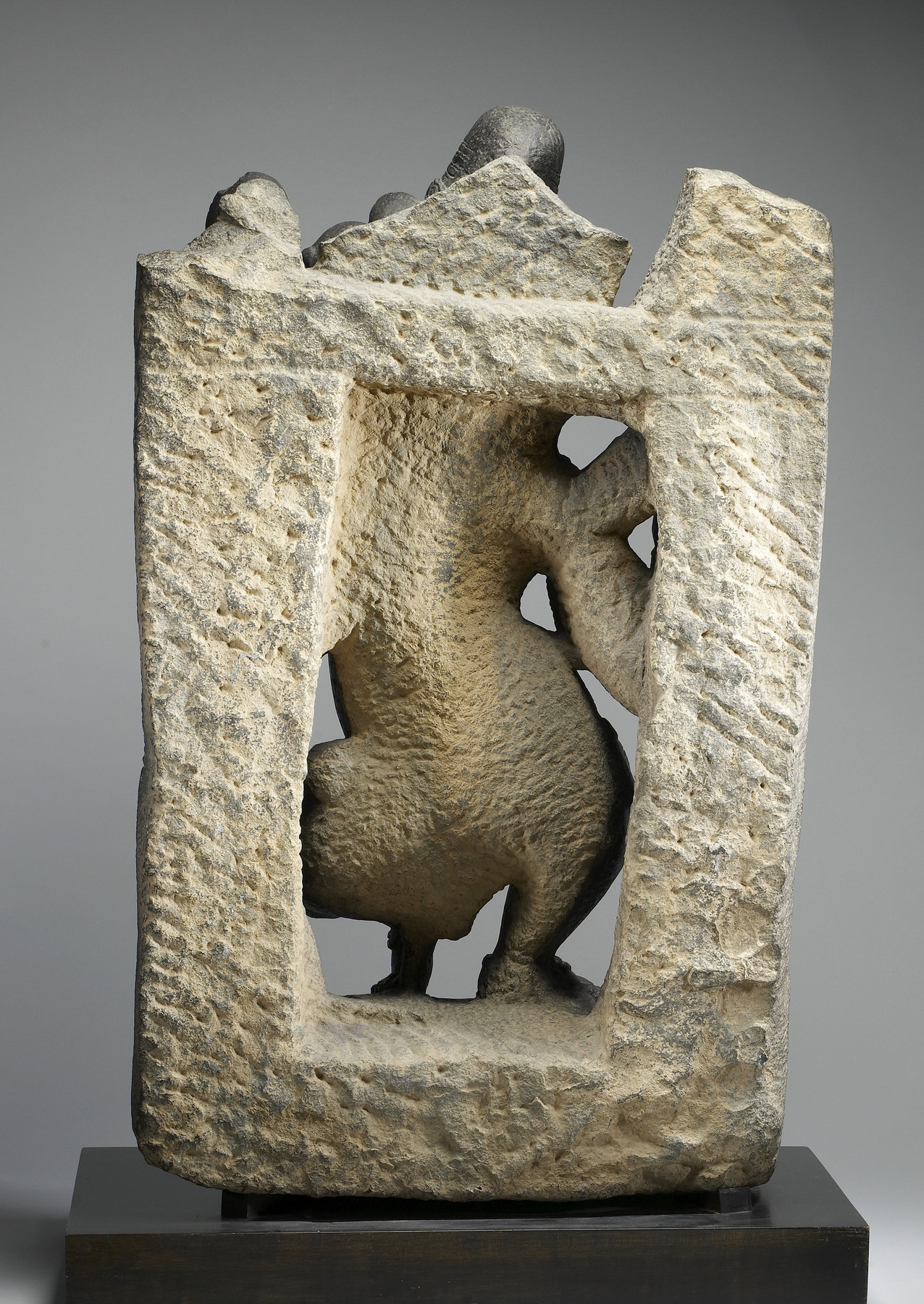 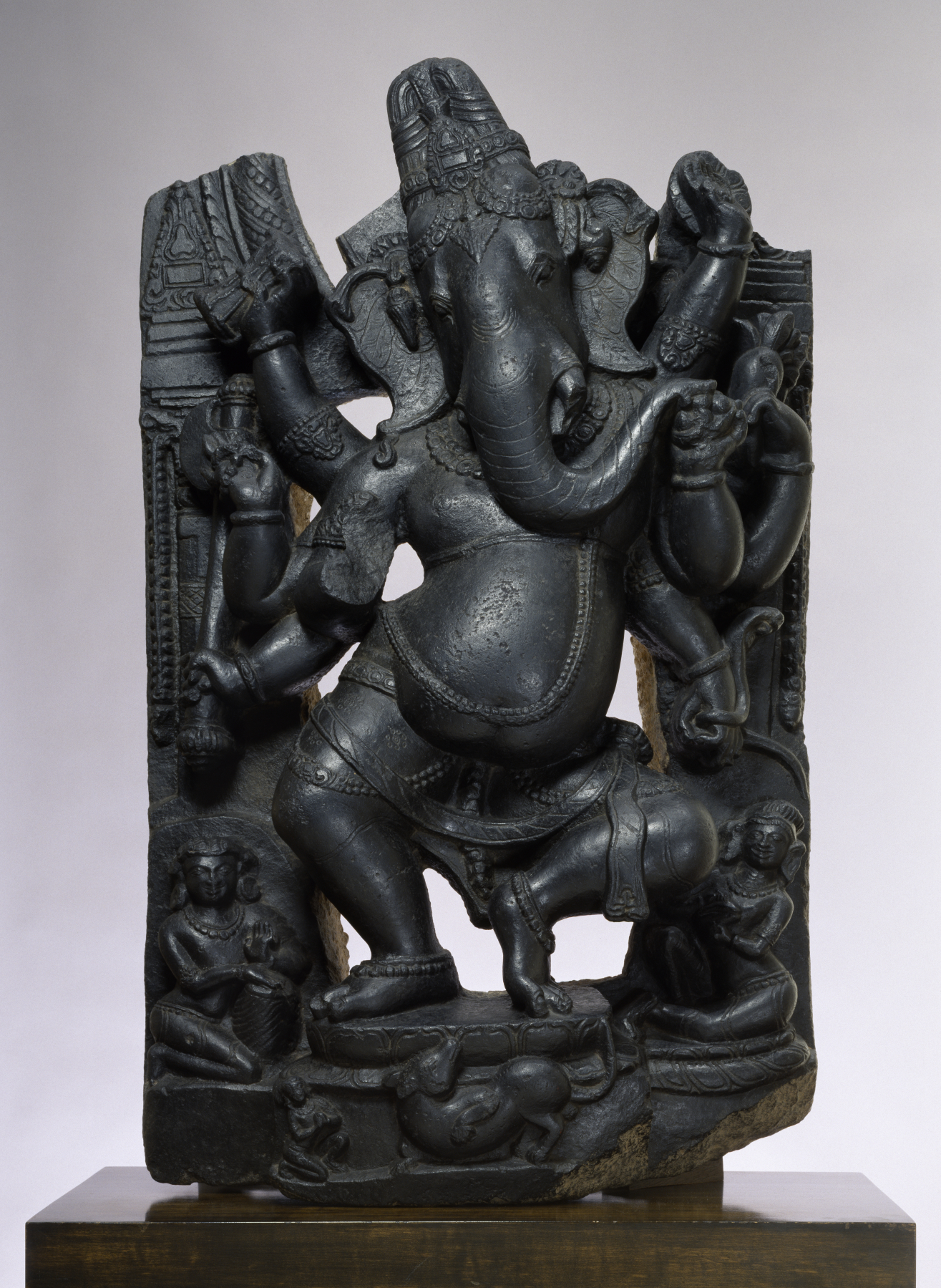 Ganesha, the Hindu pantheon’s popular elephant-headed god, is best known as a remover of obstacles. Devotees often worship him at the beginning of an activity, such as visiting a temple. This Ganesha sculpture was made to be inserted into the niche of a brick temple. The god moves in a lively dance as musicians seated at his feet play the drum and cymbals—instruments that feature in temple music performed to honor gods and goddesses. A kneeling devotee and Ganesha’s animal vehicle, the rat, also look up at him in adoration. Among the objects he holds is a bowl of sweets, irresistible to the portly god, who helps himself to one with his trunk. His remaining hands hold a drum, prayer beads, and axe (on his right) and a radish and snake (on his left). The upper left hand forms a gesture of dance.

Many stories explain how Ganesha obtained the head of an elephant. According to one, the goddess Parvati, wife of the god Shiva, created a boy to guard her door while Shiva was away. Upon returning, Shiva was prevented from entering Parvati’s room, and he became so enraged that he decapitated the boy. At the insistence of Parvati, Shiva sent his servants to find the child a new head. They came back with the head of an elephant, and with it Ganesha was restored to life.