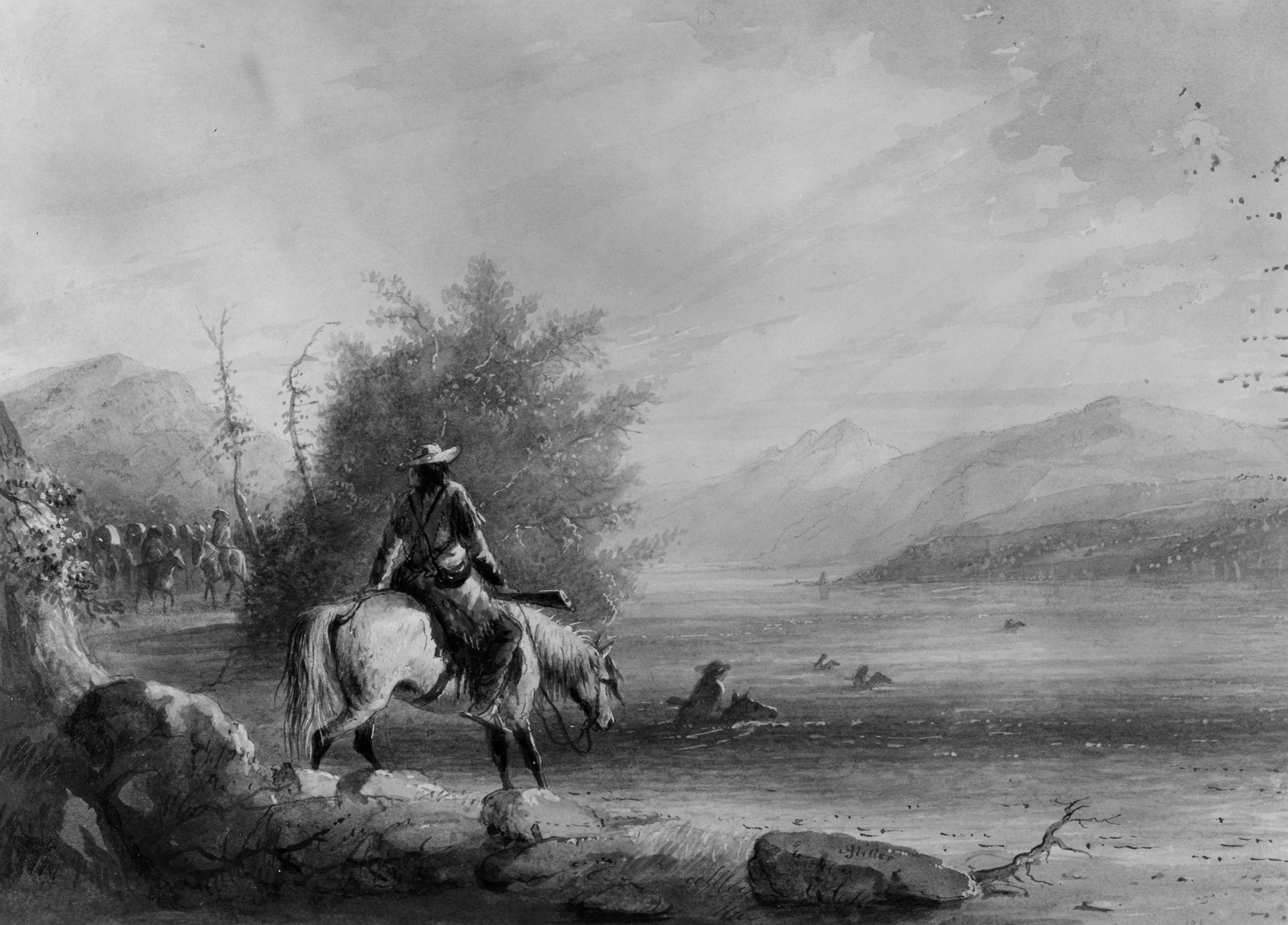 "The scene depicts one of the crossings, and not a favorable one. The water is deep and Bull boats must be resorted to. The Trapper in the foreground looking back at the approaching Caravan is waiting for orders, while others are testing the depth of the river by swimming across with faint hopes of any fording that will answer so as to avoid the construction of boats. The preparation of the latter loses much time,- sufficient Buffalo must be killed at once to furnish the hides, and while one party is in search of these, another is removing the goods from the larger wagons and taking the bodies from the wheels;- hides are sewed and streched over them, and the contents of all the other vehicles transferred,- the boats are then floated over by the men wading and swimming along-side. Canadian Trappers display wonderful good nature on such occasions, singing their simple French songs;- but when any fighting is to be done, the Kentuckian and Missourian take precedence by long odds." A.J. Miller, extracted from "The West of Alfred Jacob Miller" (1837).