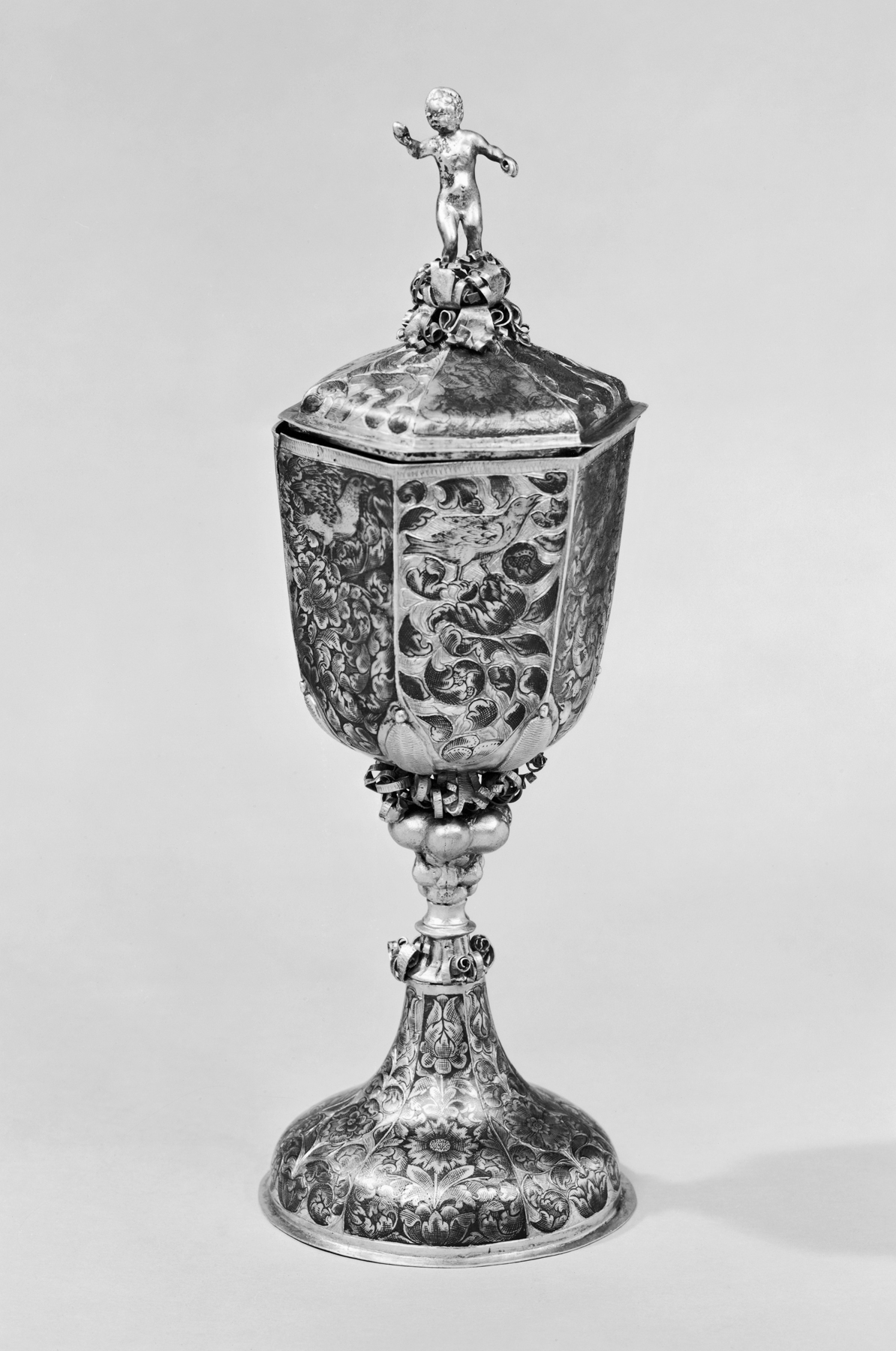 This piece has designs of birds and foliage in niello on the sides of the hexagonal cup. Inside is gilt, with the figure of a shrimp "en plein" air. When the drinker is finished, a shrimp stares at him from inside the cup. The finial of the cover is designed as a nude child.

[Maker's Mark] Stamped on base and upper rim with swan in oval.