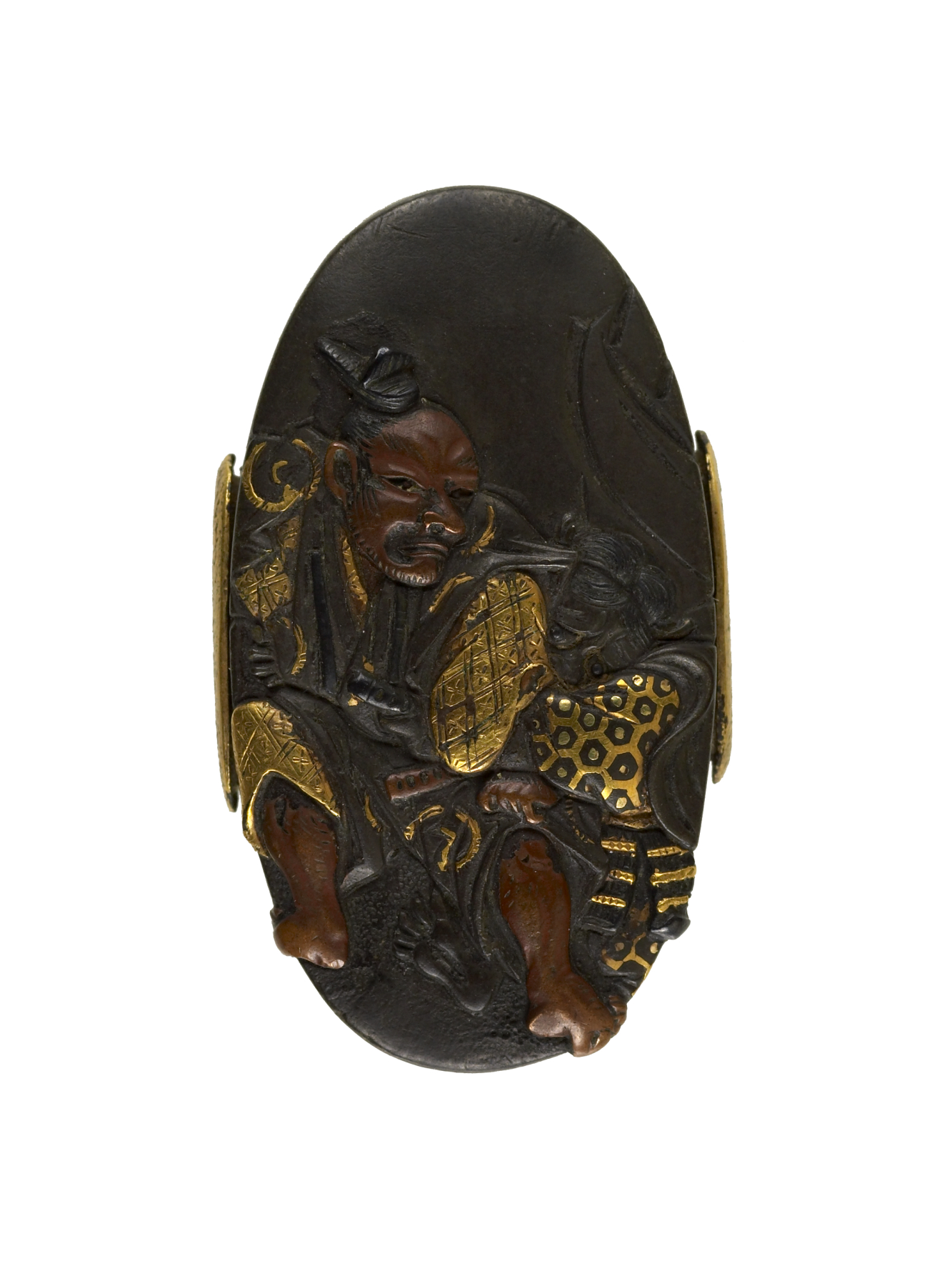 This scene is the famous armor-tugging ("kusazuri-biki") episode between the warriors Asahina Saburo and Soga Gorô in the late 12th or early 13th century. Gorô was rushing to protect his brother Tarô. Asahina held him back by grabbing hold of Gorô's armor. Asahina was so strong that the armor broke in his hands. The scene was part of a kabuki play and regularly performed in the 18th century. This is part of a set with Walters 51.1048. 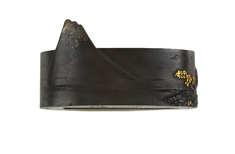