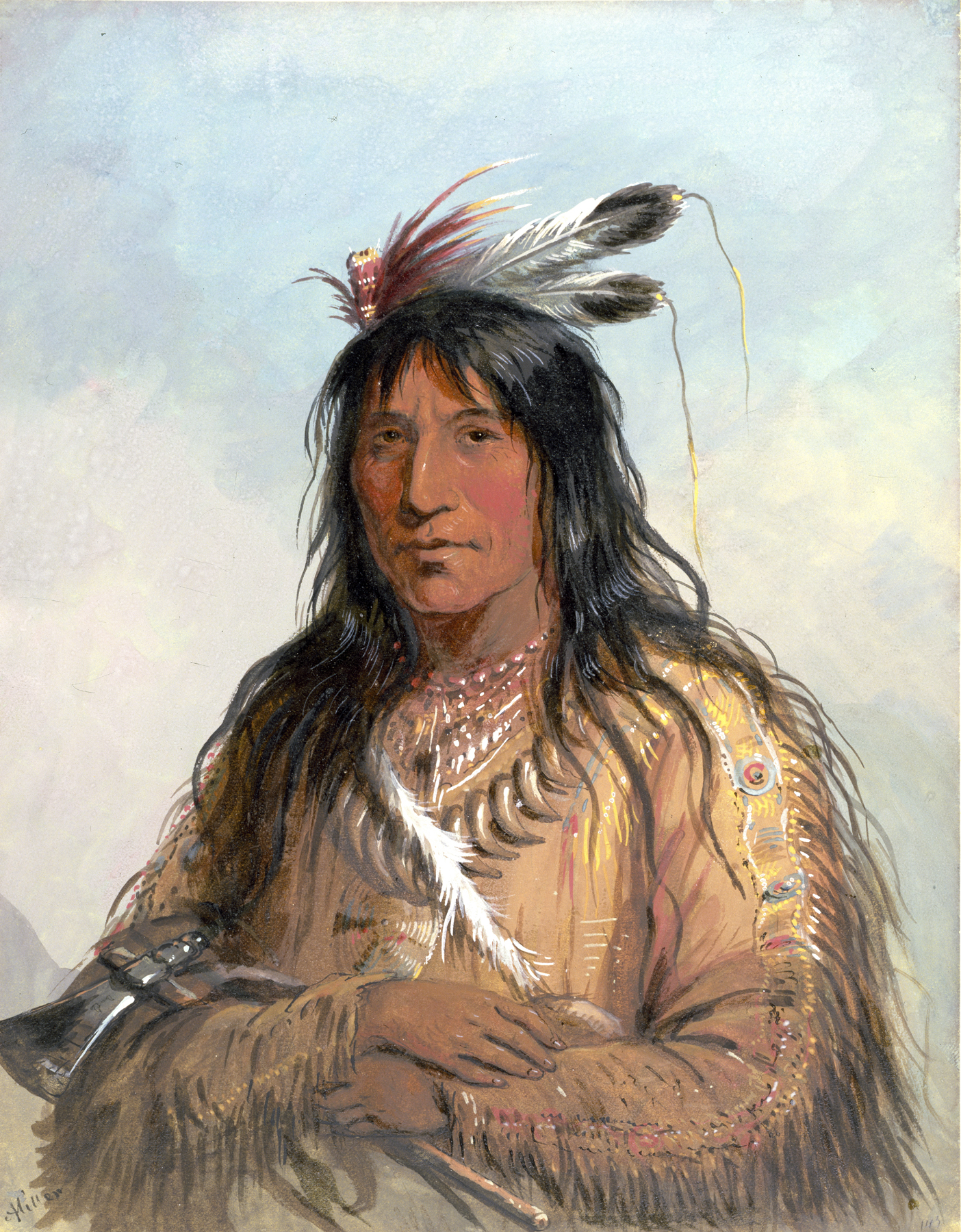 "The head of this grim chief almost shadows forth his character,- fierce and impetuous in his passion, he recognized no law but his own will. With Indian craft, he befriended the Whites, knowing that he would gain advantages thereby. In calling his people to counsel he would listen to them-state his own opinion, and follow it.- they would not dare to question his imperious will.

A subsequent traveller to the Rocky Mountains thus described his death. "Numerous Indians were with the Fur Co's men,- 'Mantau-Tathonca' was also there with a few of his people. As he lay in his lodge, a fray arose between his adherents and the kinsman of his enemy. The war-whoop was raised, bullets and arrows began to fly, and the camp was in confusion. The chief sprang up, and in a fury from the lodge shouted to the combatants on both sides to cease. Instantly (for the attack was preconcerted) came the reports of two or three guns, and the twanging of a dozen bows,- and the savage hero, mortally wounded, pitched forward headlong to the ground. The tumult became general, and was not quelled until several had fallen on both sides."