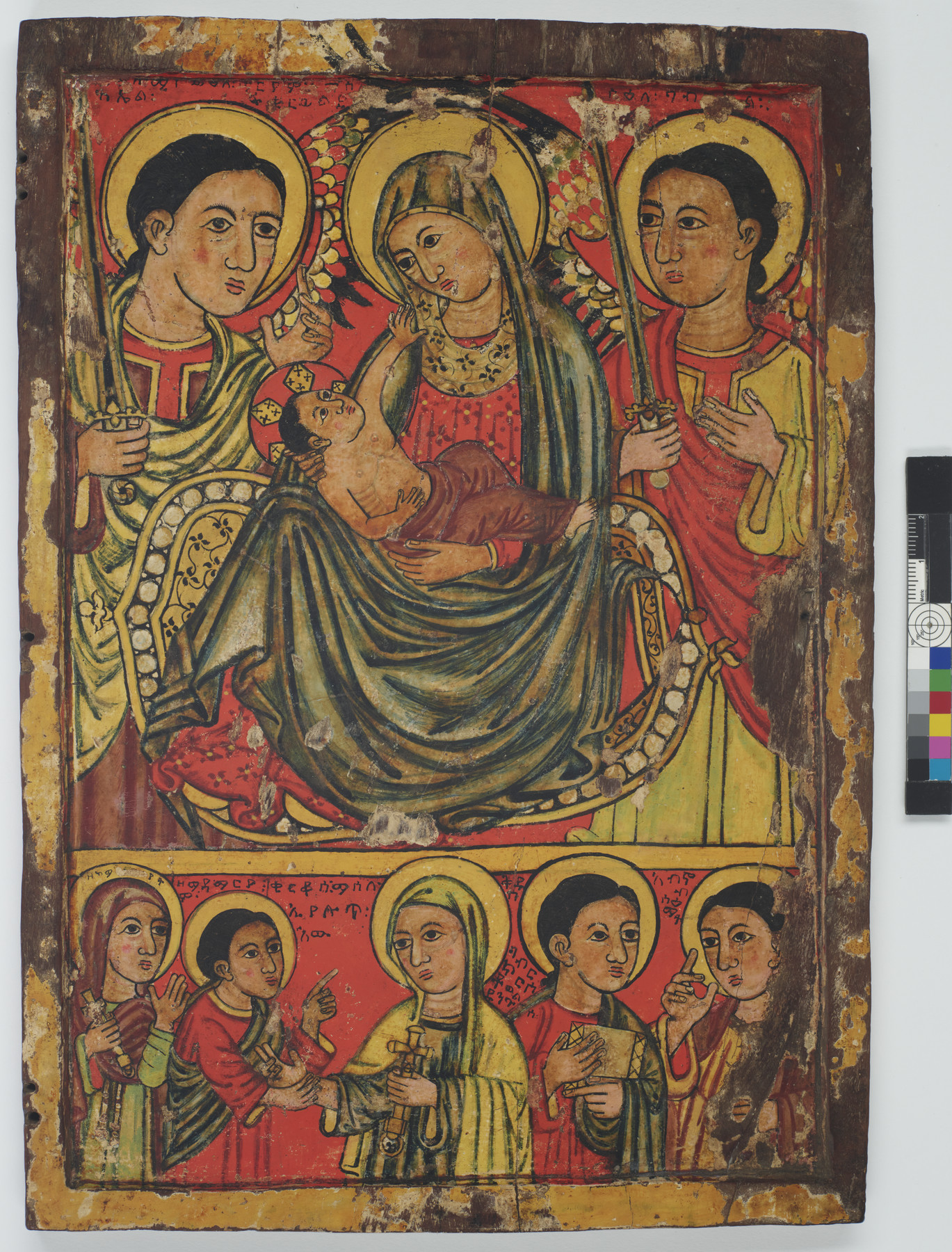 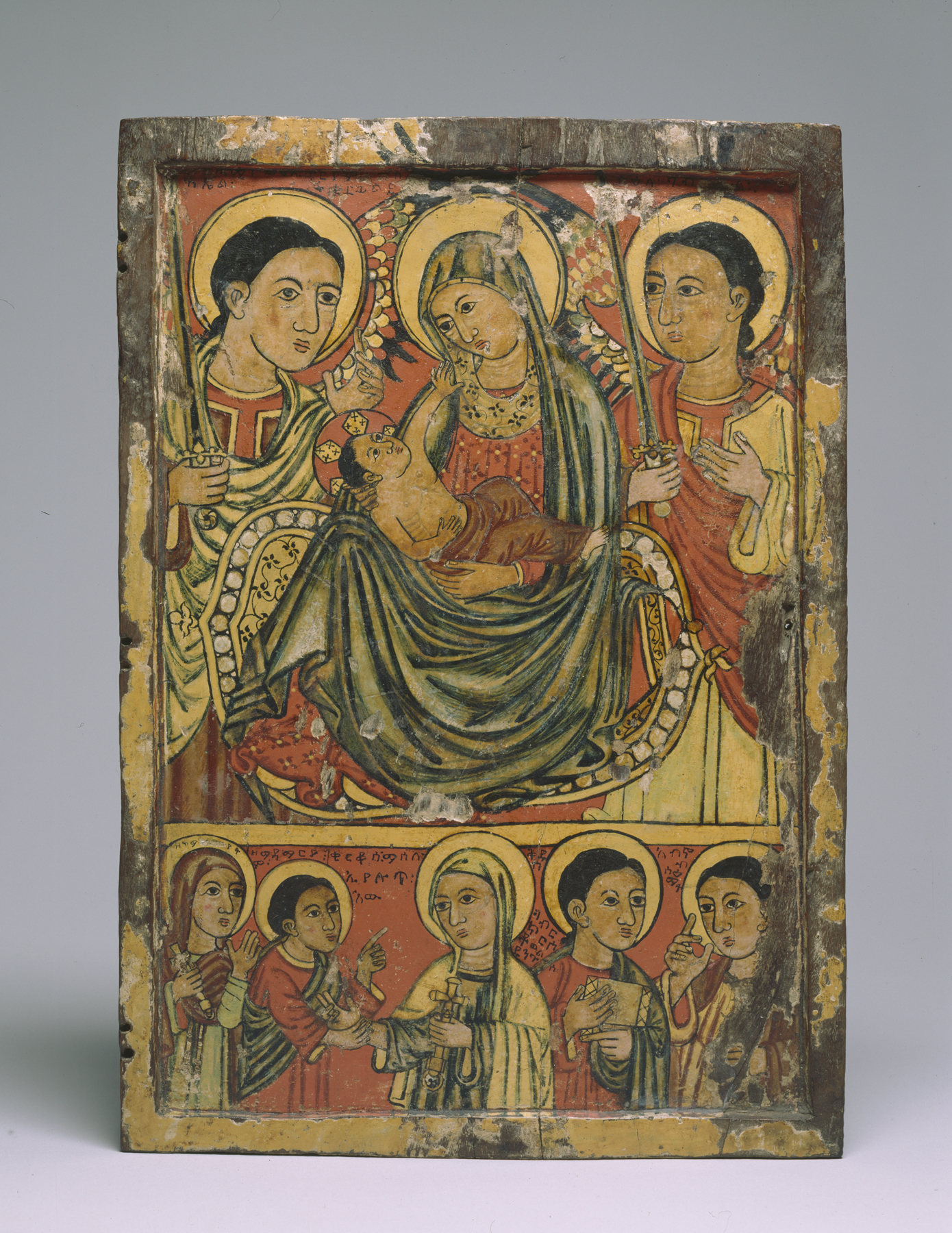 This small-scale panel painting depicts the Virgin and Child flanked by the Archangels Michael and Gabriel who guard the mother and child with swords and shelter them with their wings. Below are the Ethiopian Saint Iyalot, her son Saint Qirqos (Saint Cyriacus) who holds the Virgin Mary’s wrist and converses with her, Saint Gebre Krestos, and Saint Ab Nob the Martyr. In an unusual detail, both Mary and Iyalot hold hand crosses, similar to those used by Ethiopian Orthodox clerics (see Walters 61.342).
The figures’ rounded faces and sweeping drapery, recall the painting style of Fre Seyon, the highly influential court painter under Emperor Zar’a Ya’eqob (r. 1434-68). One of his followers painted a diptych of a similar scale and subject matter to this Virgin and Child icon. The small holes along the left side of the frame of the Icon of the Virgin and Child with Angels indicate that the panel was likely the right half of a devotional diptych. During his reign, Zar’a Ya’eqob instituted the worship of icons of the Virgin Mary, and Fre Seyon produced some of the most enduring images of this subject. Although most examples feature the Christ child covered in colorful robes and seated upright on his mother’s lap, in this instance Mary cradles the reclining, bare-chested Jesus. This may reflect the conventions of Italian Renaissance paintings of the Virgin and Child, examples of which arrived at the Ethiopian court at least as early as the fifteenth century.

Museum purchase with funds provided by an anonymous donor, 2002