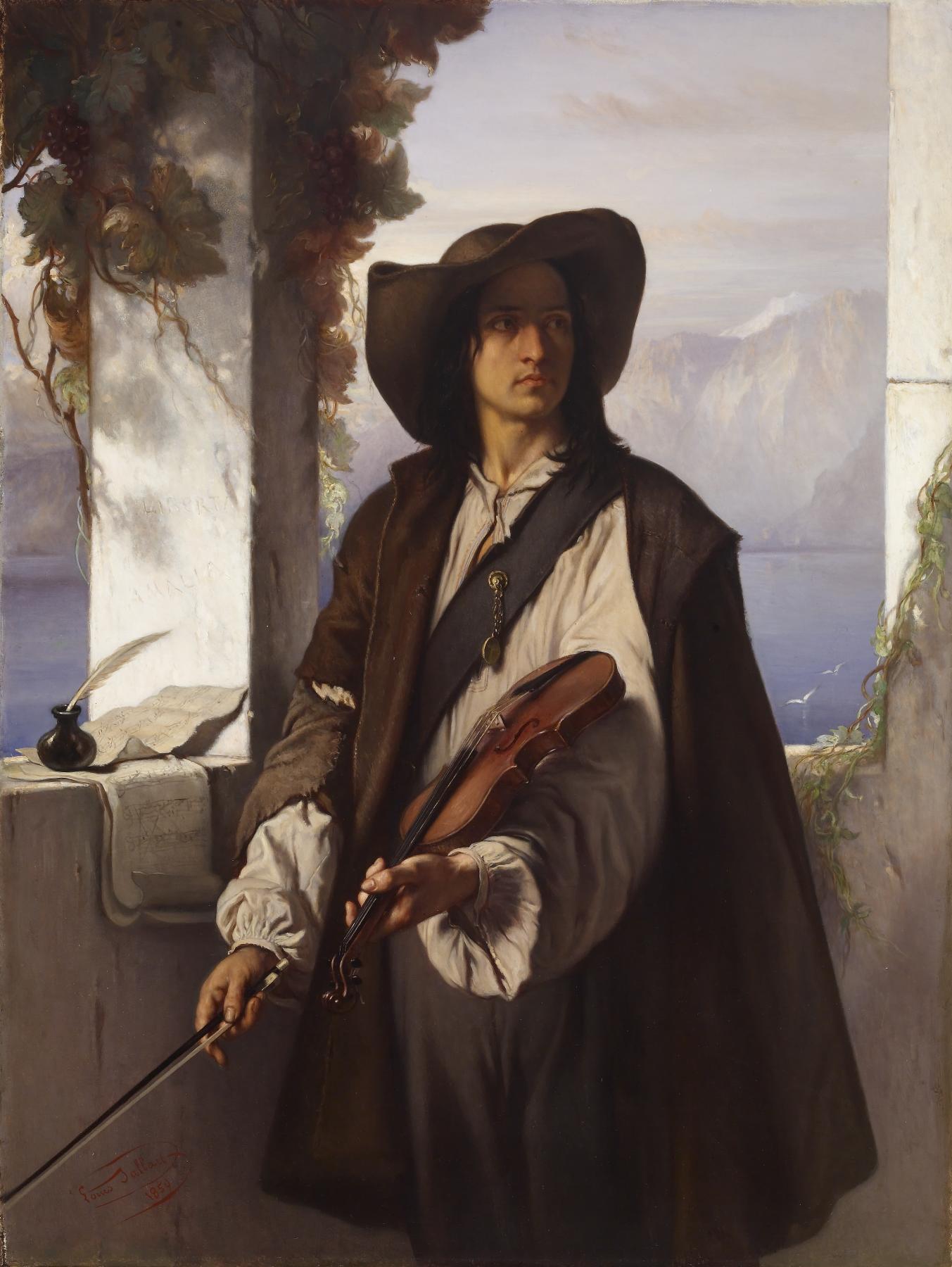 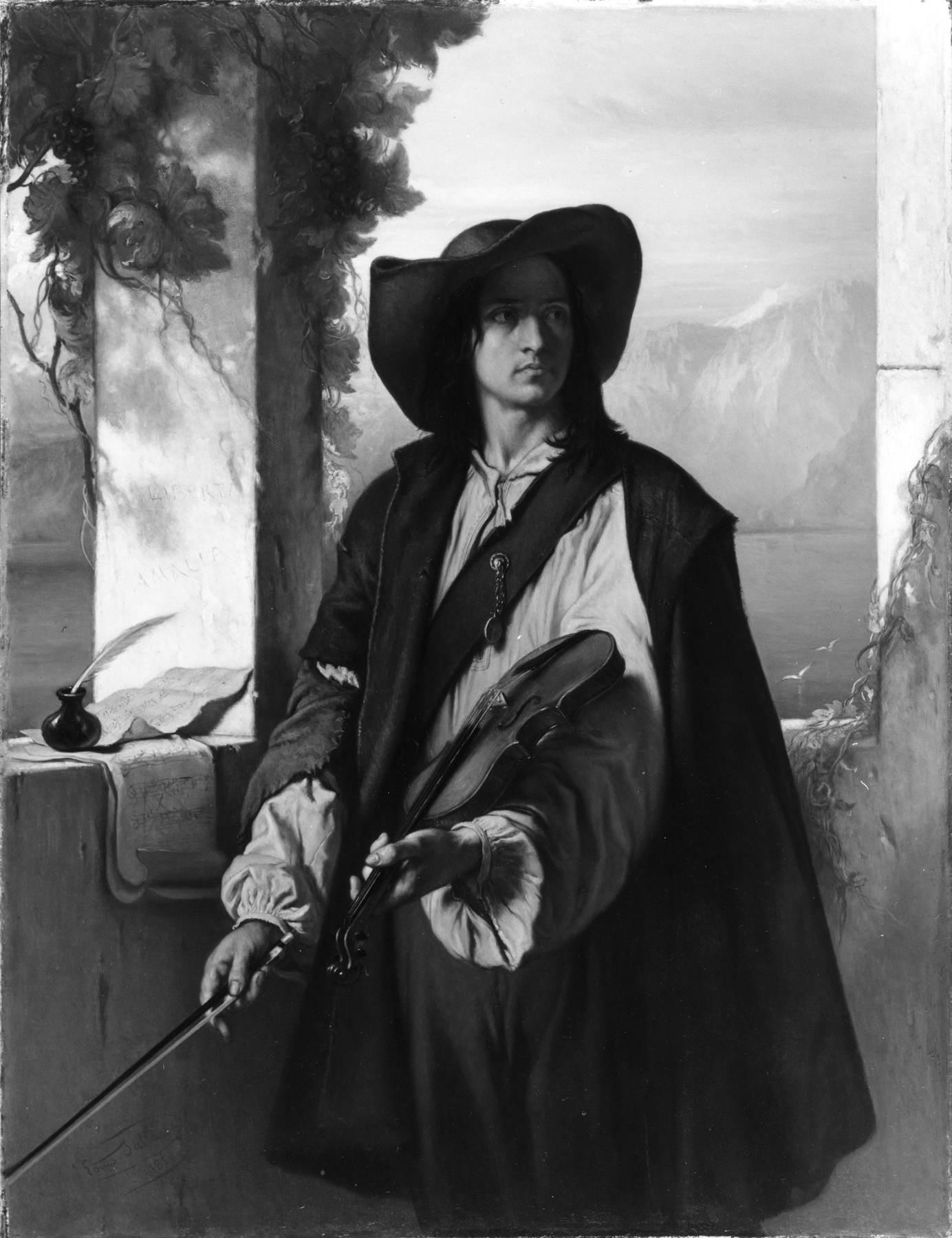 This painting typifies the so-called "juste-milieu" (middle path) for which Gallait was so admired during his lifetime. The subject is Romantic in its idealization of the poor but virtuous itinerant musician, who bows to no authority but his own artistic muse. At the same time, it is restrained in its emotional tenor and painted with great technical assurance in the rendering of the body and in the carefully described details of the musician's dress. This is a reduced version of this subject now at the Musées royaux des Beaux-Arts of Belgium. When the larger version was exhibited at the Salon of 1851, critics praised the composition for its masterful drawing and melancholic dignity.