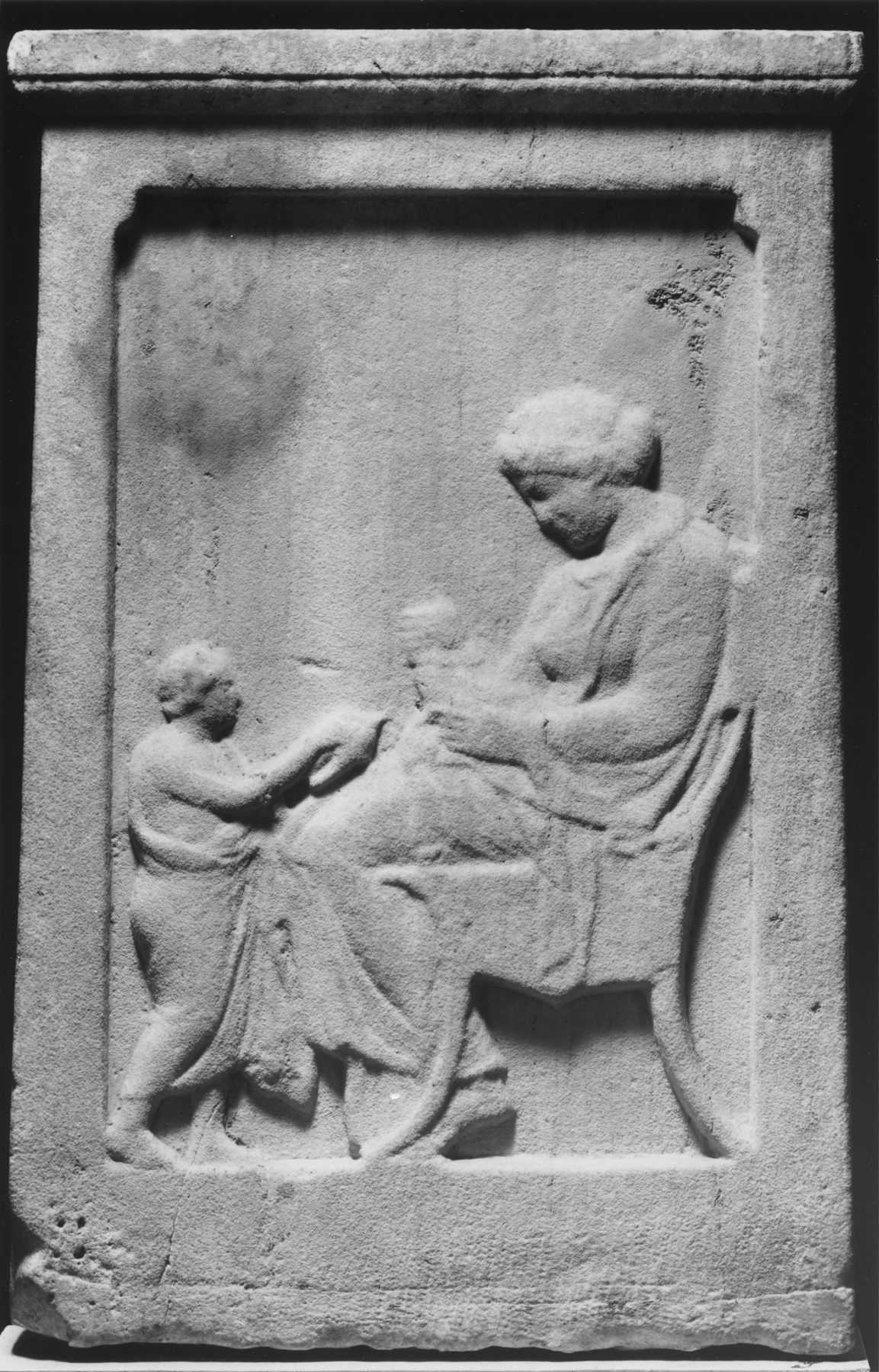 Funeral Stele with a Seated Woman and Child

A young mother, who may have died from complications during childbirth, is commemorated by her family in a scene of tenderness and poignancy. This simple funerary stele (upright stone marker) depicts a quiet moment between a mother (the deceased) and her two children. She inclines her head to gaze intently at the tiny infant in her lap, whom she cradles with both hands, as her older son stands before her, holding a pet bird by its wings.