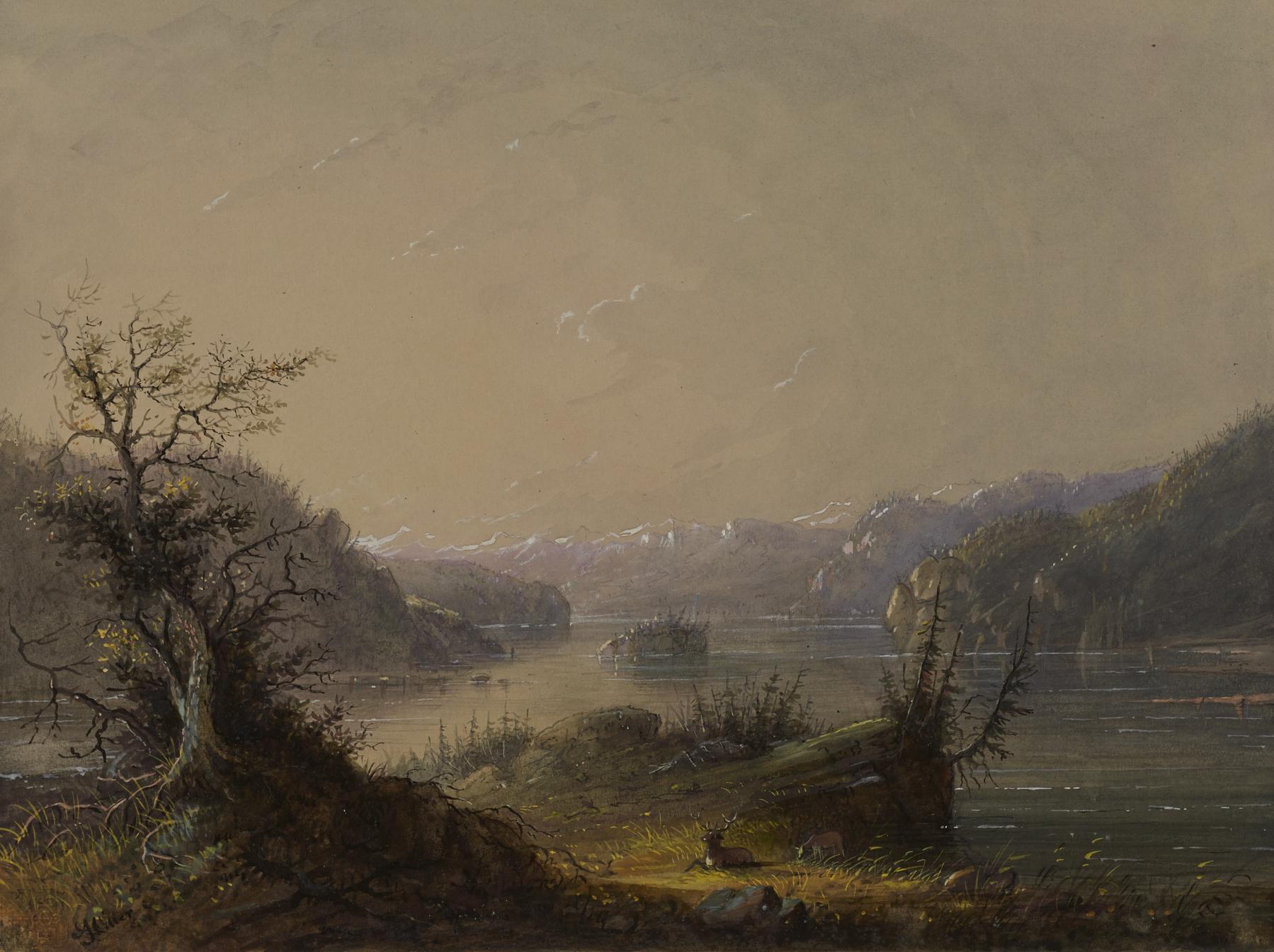 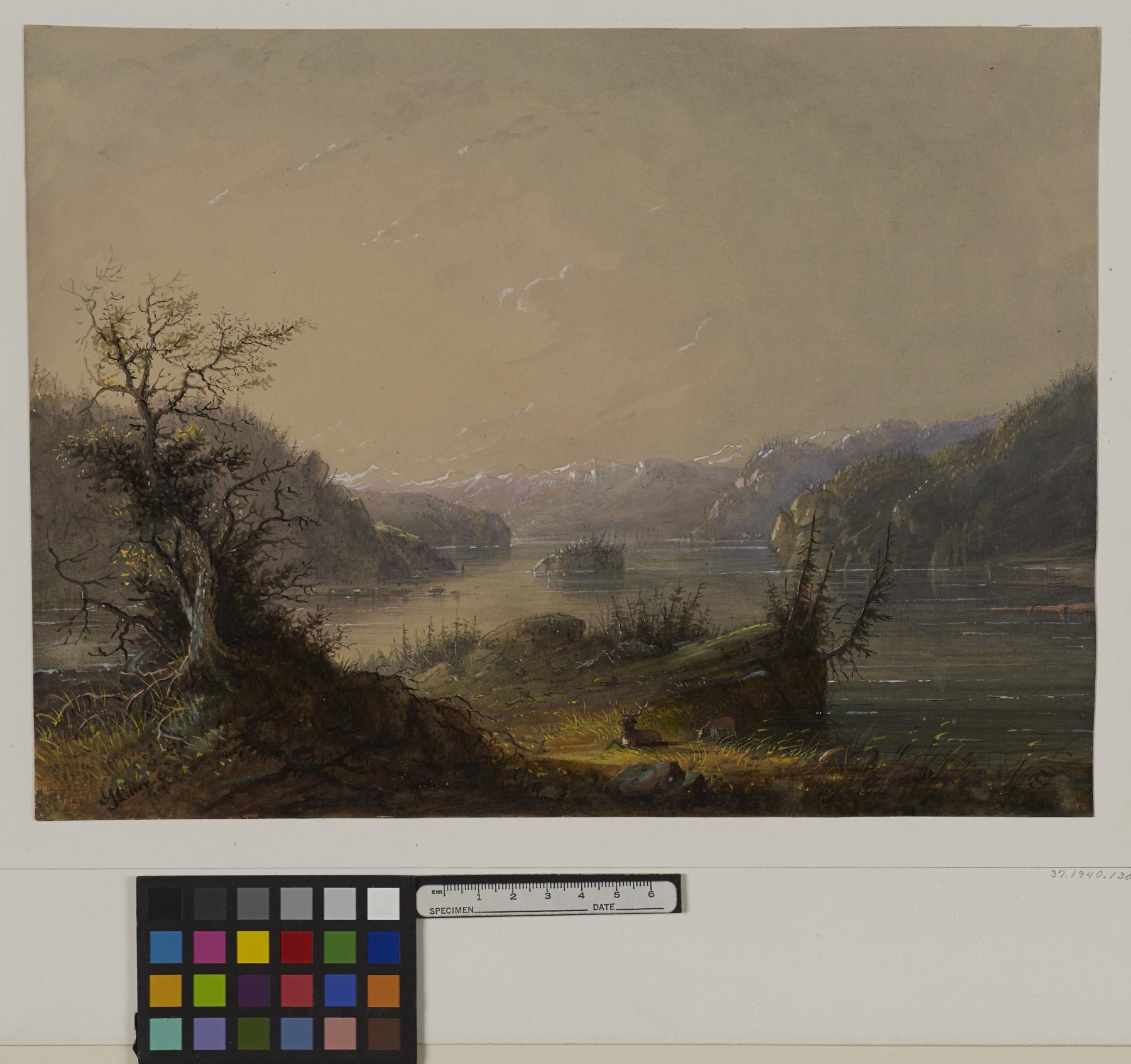 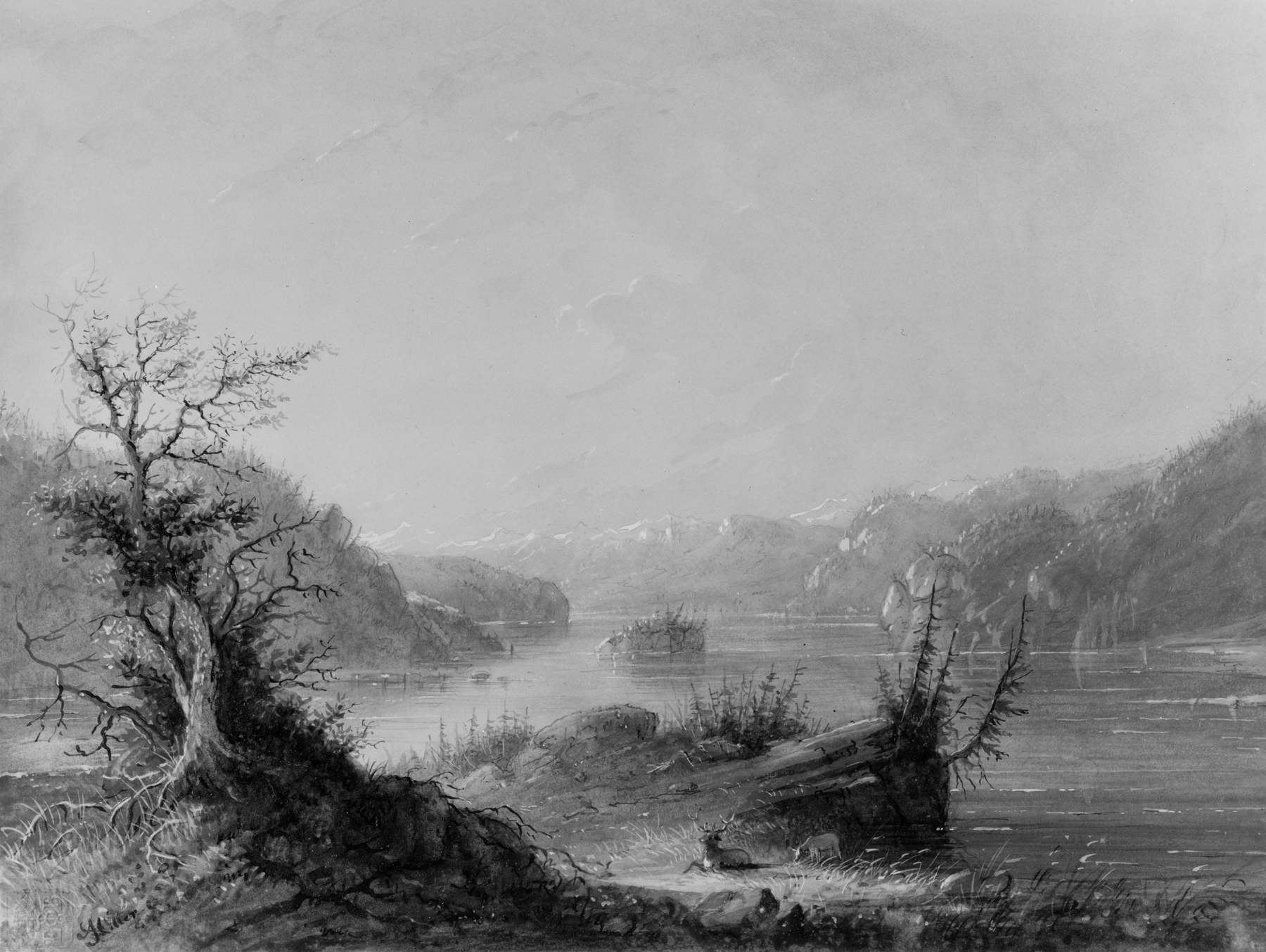 "The most favorable time to view these Lakes (to an artist especially) was early in the morning or towards sunset;- at these times one side or the other would be thrown into deep purple masses, throwing great broad shadows, with sharp light glittering on the extreme tops,- while the opposite mountains received its full complement of awrm, mellow & subdued light;- thus forming a chiaro obscuro and contrast most essential to the picturesque in color:- an attempt has been made to reach this in the sketch. This was the only lake we saw that had an island;- the scene in reality was charming, but would have required the pencil of Satnfield, Turner, or Church in giving it due effect and rendering it complete justice. Patiently it awaits the coming man." A.J. Miller, extracted from "The West of Alfred Jacob Miller" (1837).