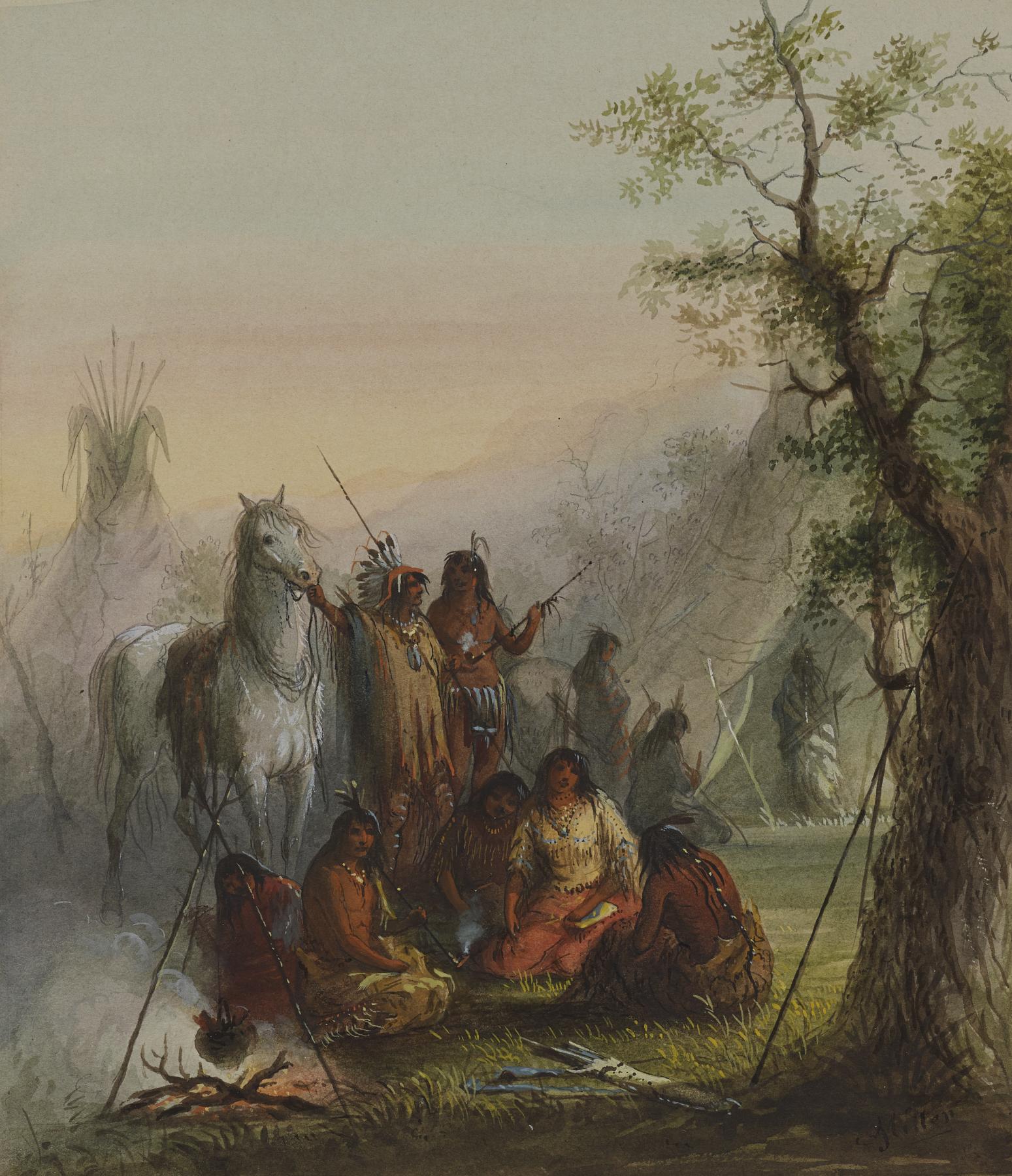 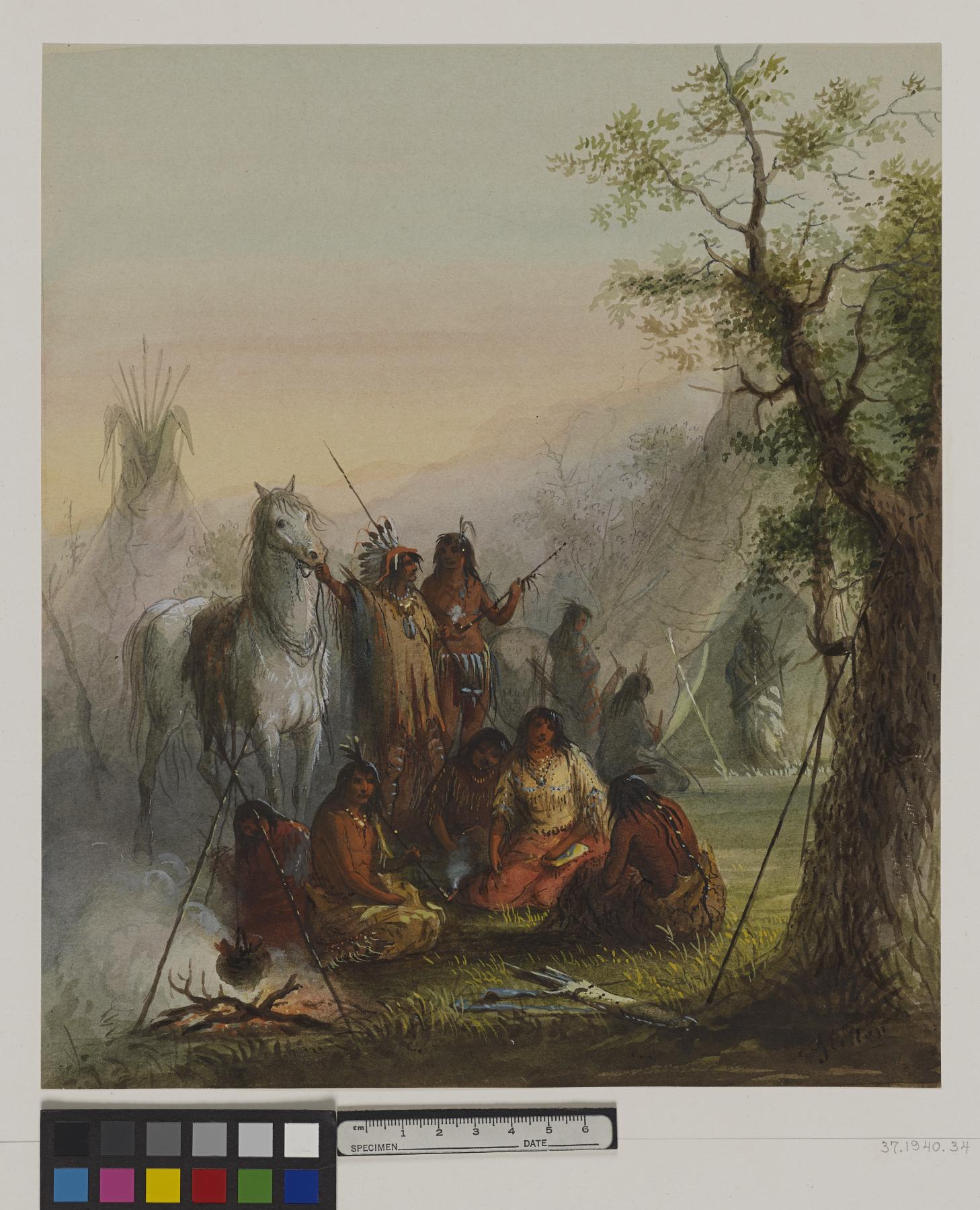 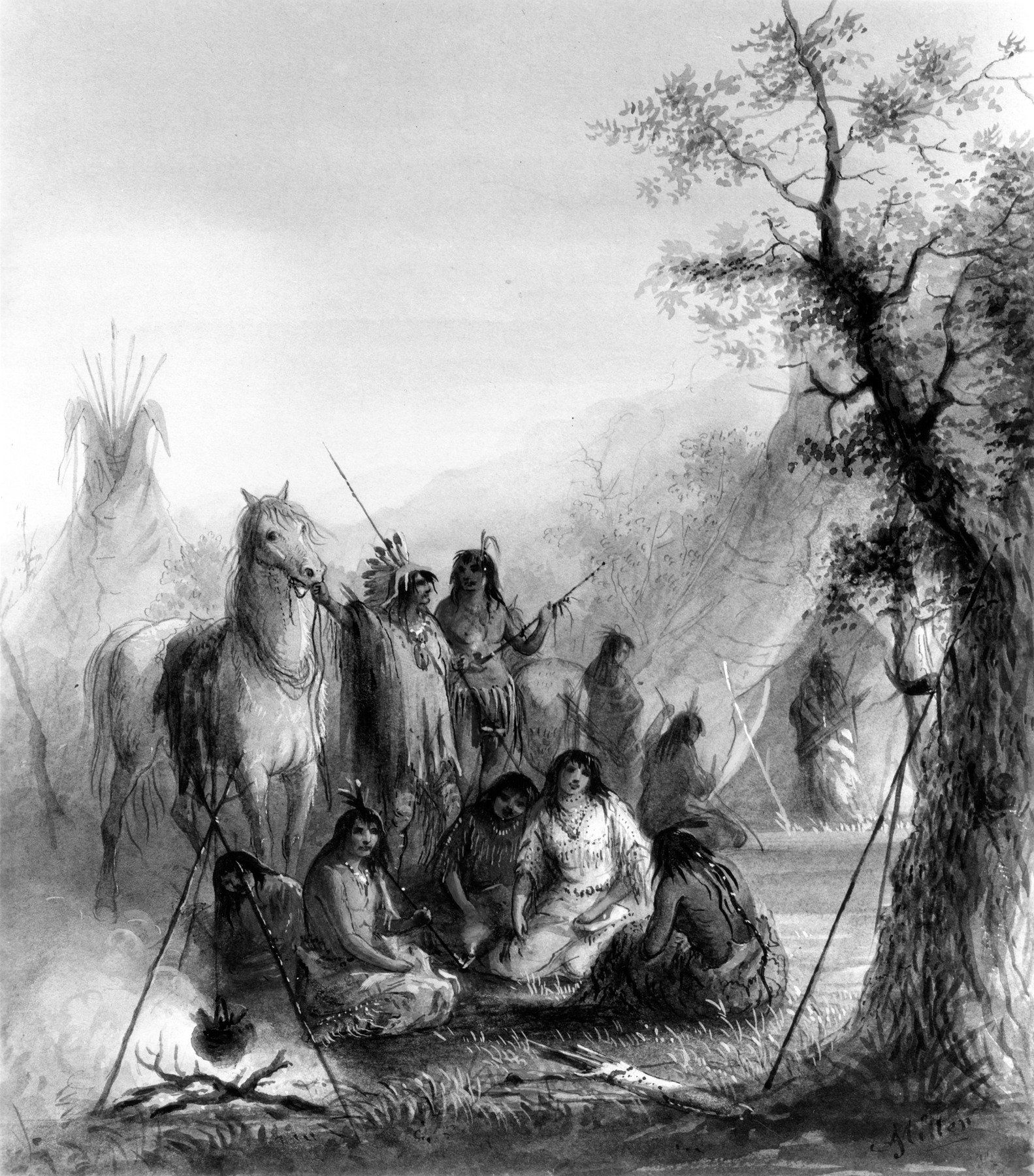 "It is near the close of day, and the sun is throwing a warm glow over the distant hills. The group represented in the sketch is simply some Indians seated near their camp fire, talking and smoking, while preparations are busily going forward for a feast. A warrior chief has just dismounted from his horse, returning from hunting, or something worse, and the inevitable pipe is ready for him. The scene would appear almost Arcadian, if we did not know that a sudden war whoop would rouse instantly the demon within them, and change altogether the aspect of things. In a state of quietude, they are merely sleeping volcanoes liable to break forth at any moment; the slightest provocation converting the fair scene into one of carnage and desolation." A.J. Miller, extracted from "The West of Alfred Jacob Miller" (1837).