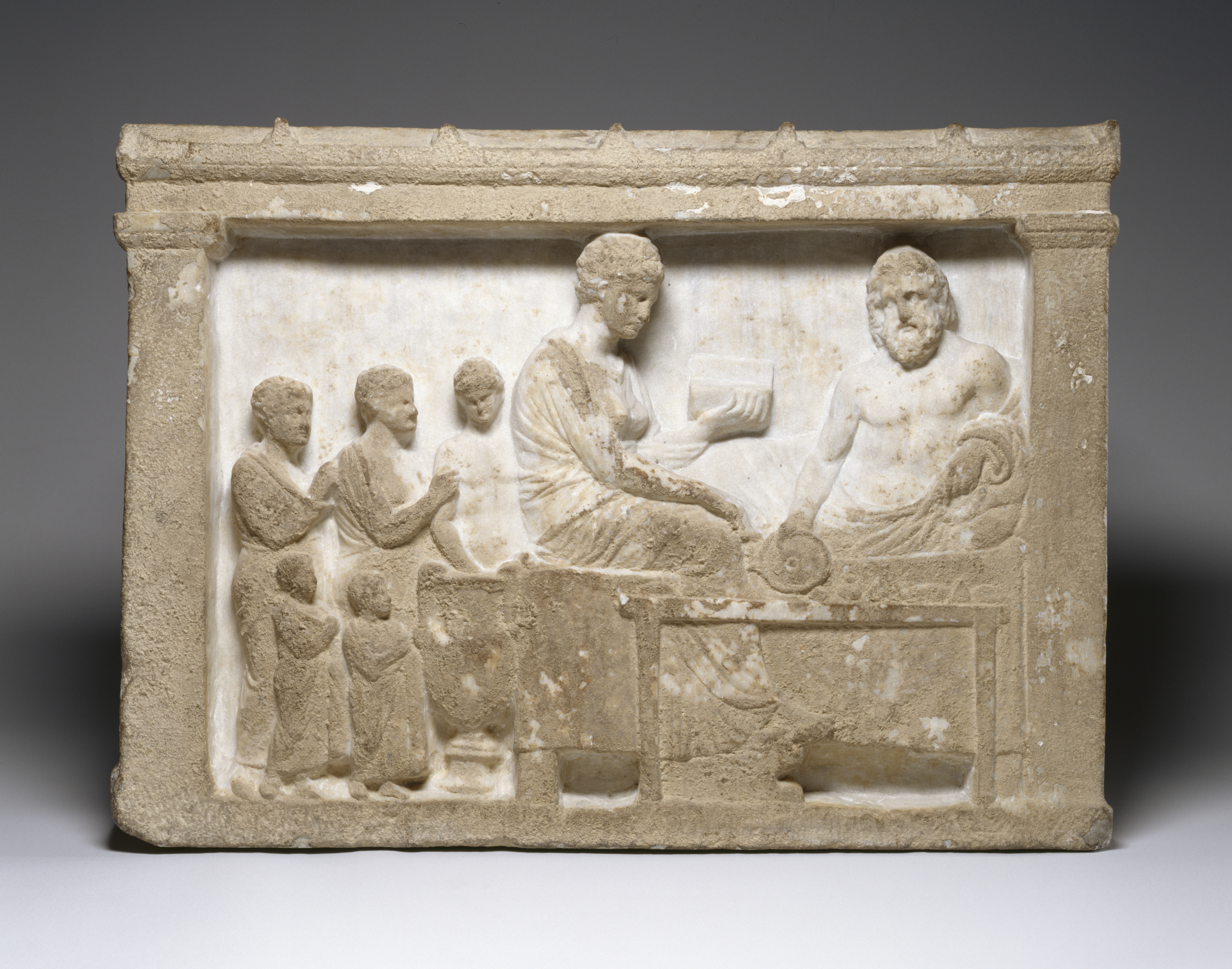 The banquet scene, of Near Eastern origin, was used for Classical funerary reliefs and also as votive offerings to gods. Here, the deceased male reclines at his funerary banquet accompanied by his wife and family. The large vessel holds wine; on the table are an incense burner, cakes, and fruits. Banquet reliefs are important because they illustrate both the domestic setting and the traditions of the ritual funerary meal. As in most grave sculpture of this period, the figures are not actual portraits, but instead represent generalized types.