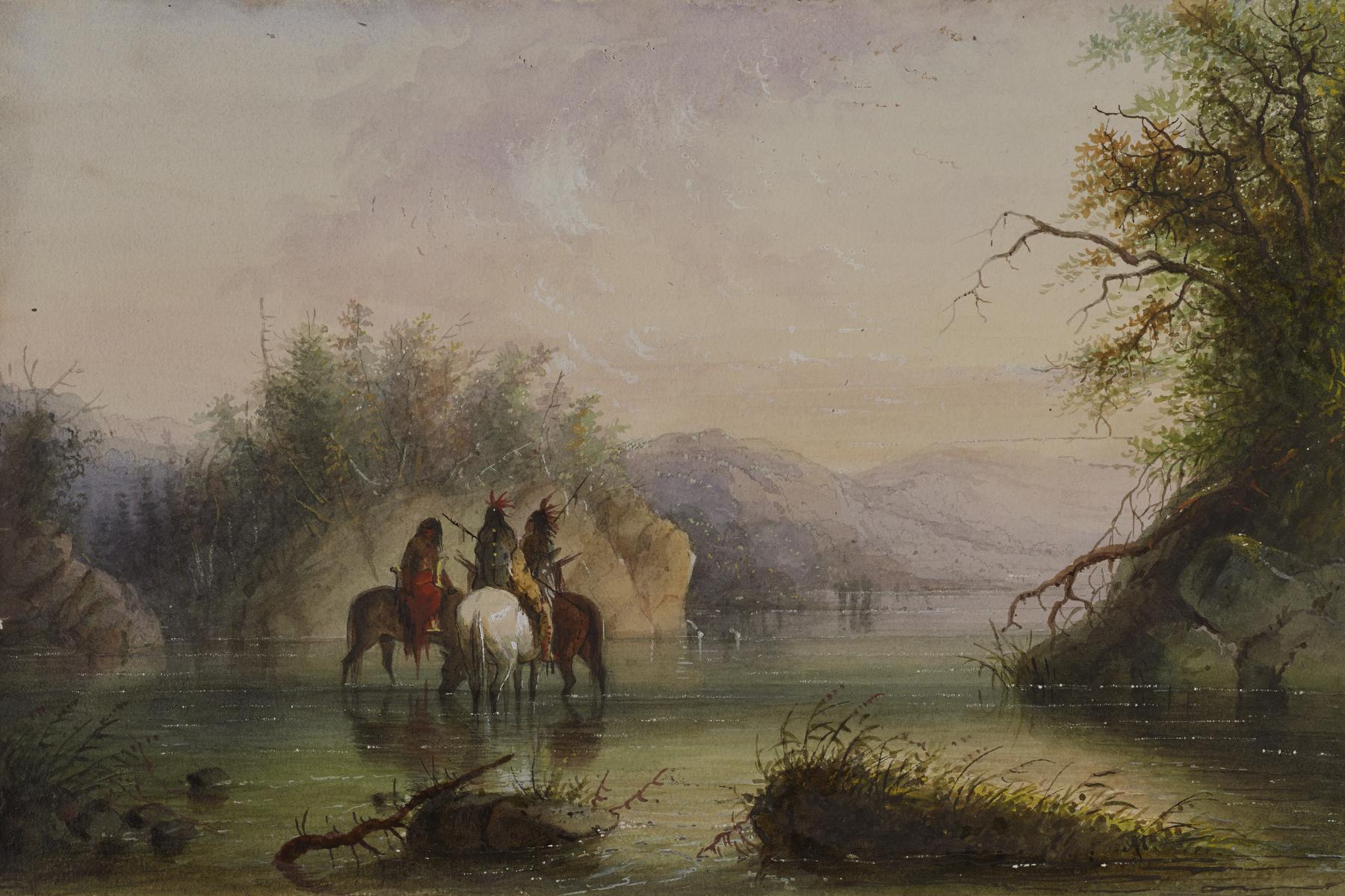 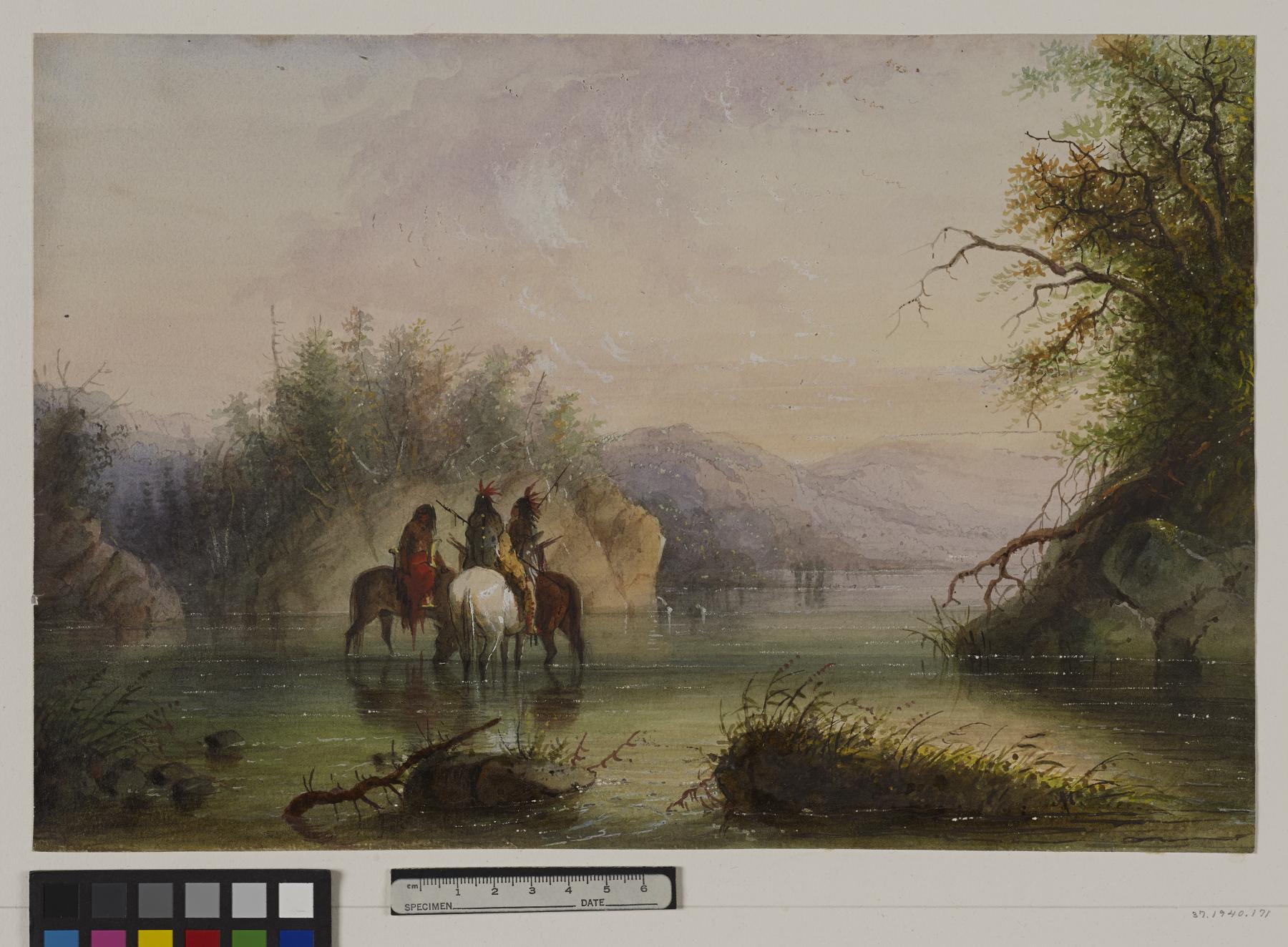 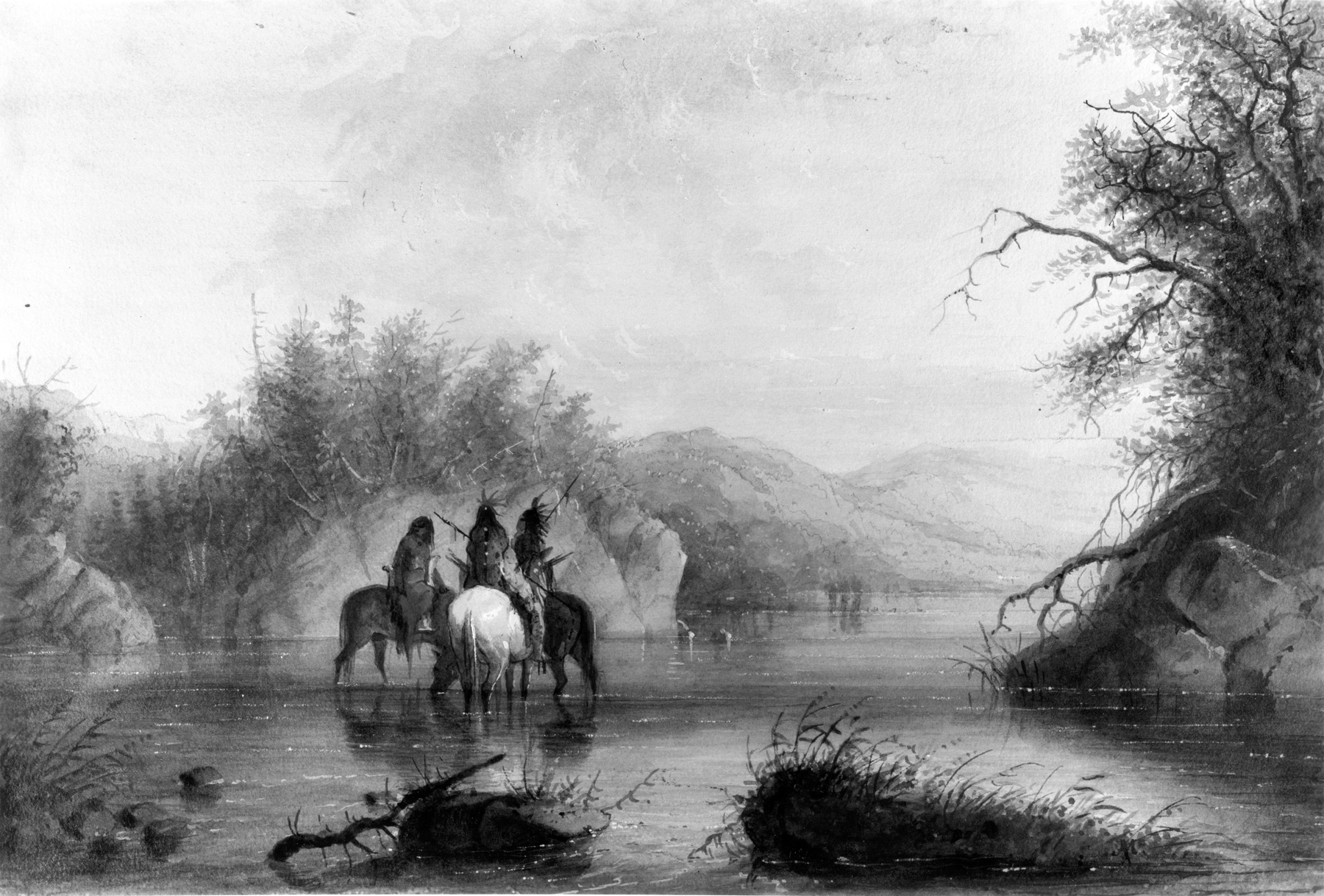 "The location of the scene is Horse-shoe Creek, with a group of Indians refreshing their horses, the riders are armed with the bow, spear, and target;- being toujous pret. They are justified in this, when probably the first party they happen to meet of a different tribe will be also armed to the teeth and provoke them to combat. Nearly all tribes have their nom de guerre- thus the Camanche represent themselves by a waving motion of the hand, signifying the crawling of a snake. Cheyennes- (cut arms) signified by a feint with a knife across the arm.- Arapahos (smellers) sign made by taking hold if the nose.- Sioux (cut throats) sing made by drawing hand across the throat;- Pawnees (wolves) sign made by placing a hand on each side of the forehead, with two fingers pointing front.- and Crows by imitating the flapping of birds'-wings with the hands." A.J. Miller, extracted from "The West of Alfred Jacob Miller" (1837).