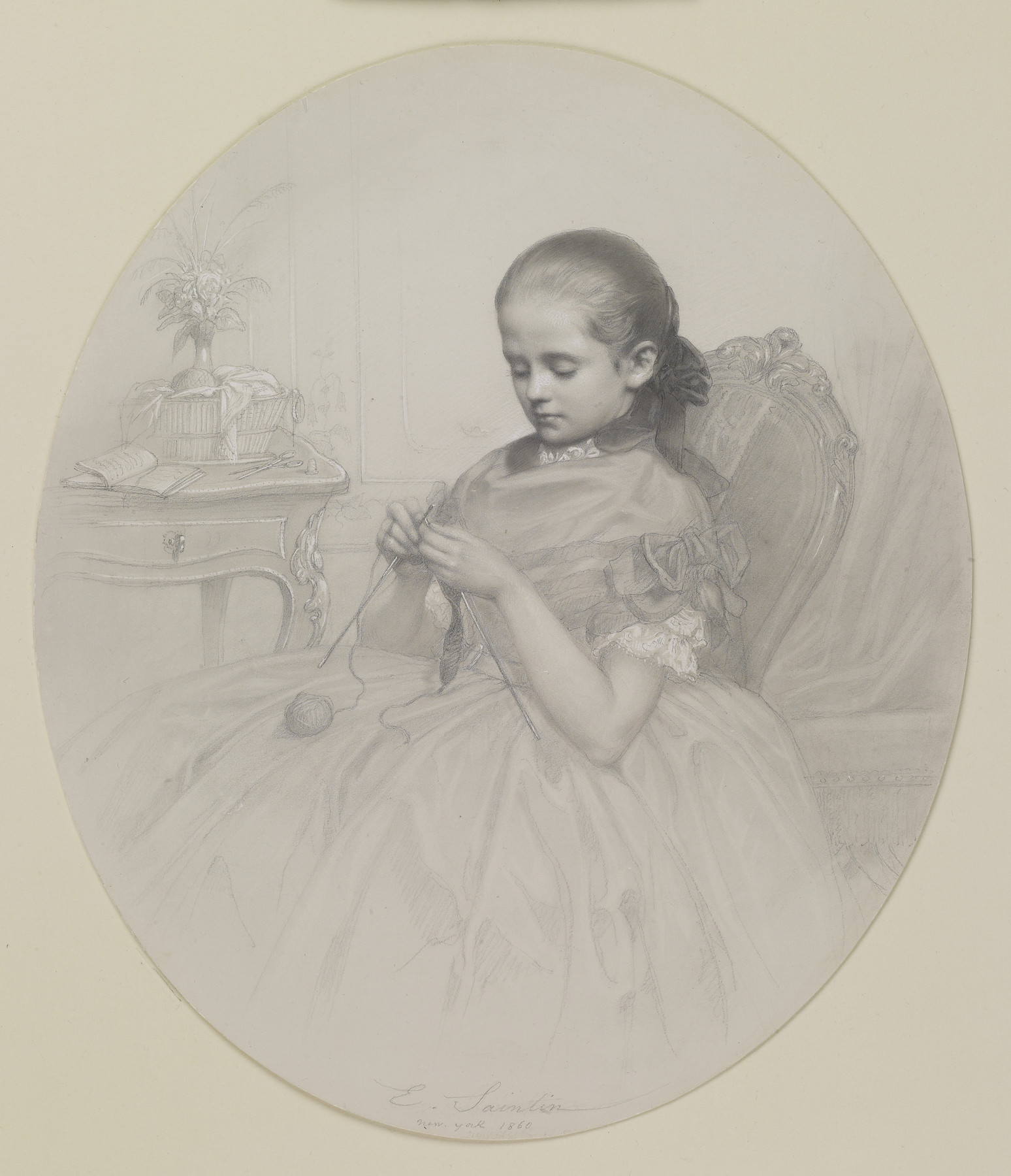 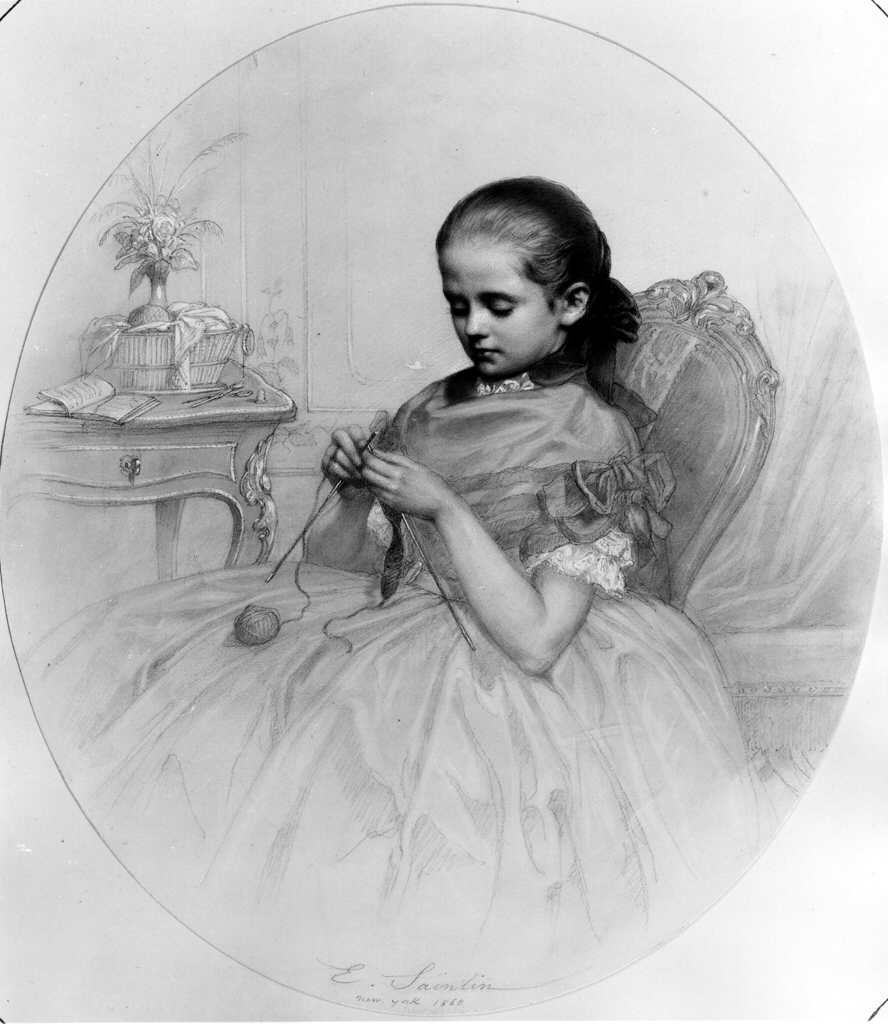 This drawing shows Jennie Walters at around 7 years of age. Jennie was the sister of Henry Walters, who founded the Walters Art Museum. The portrait was made in New York just before the Civil War by the French artist Jules Emile Saintin. Saintin made a tour of the United States between 1854 and 1860 making portraits of wealthy citizens.

For this work the artist used a commercially available paper, which resembles modern day scratch board. The paper was prepared with a layer of white paint, over which was applied a layer of gray paint. This create a smooth surface, which can be incised with a sharp tool to create white highlights.