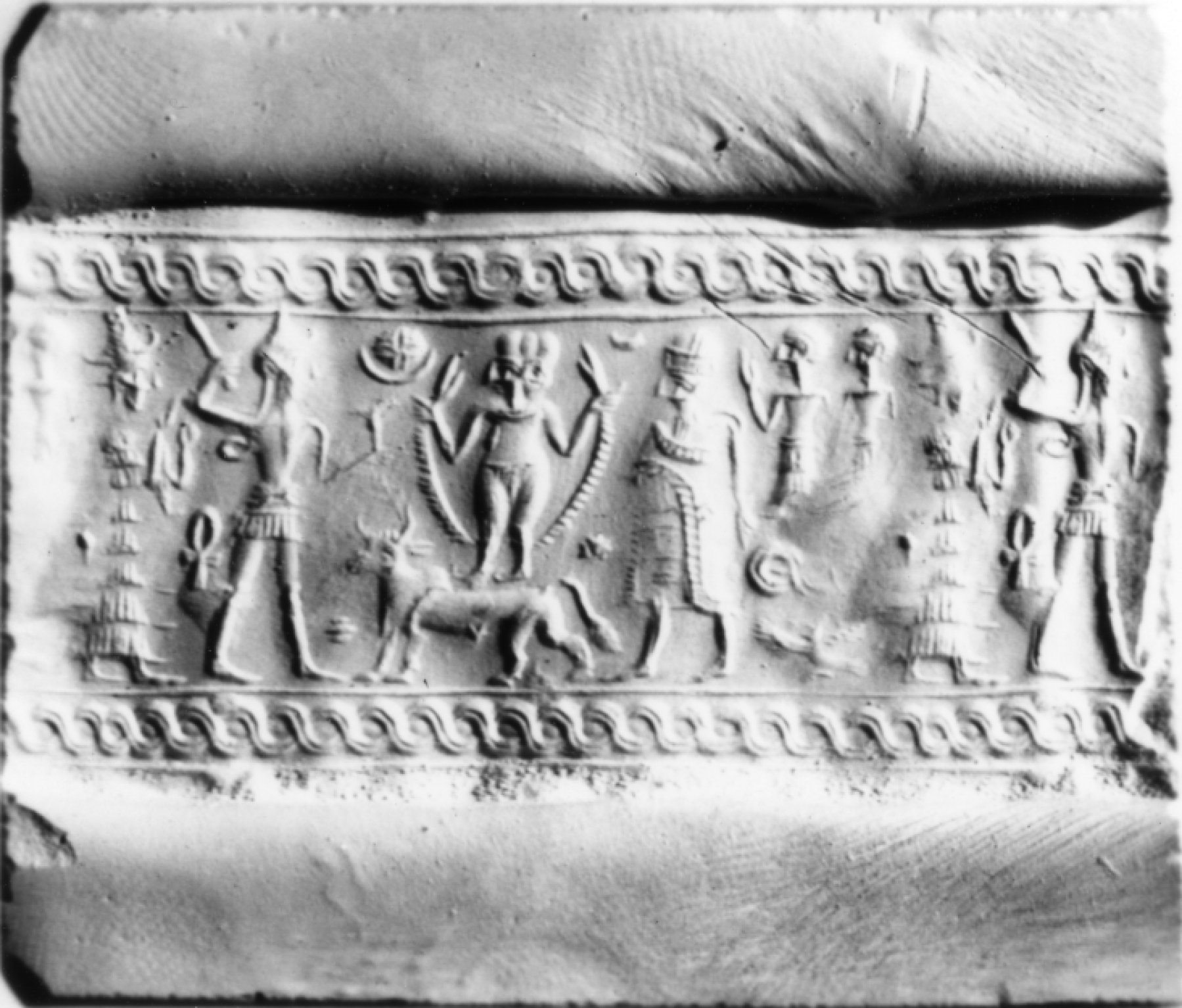 Cylinder Seal with Deities and Worshippers

Syrian seals have a diverse range of imagery drawn from Syria, Egypt, Mesopotamia, and Anatolia. This seal depicts the Syrian "smiting" god and a nude female goddess, probably Ishtar, standing on the back of a bull. In this period, nude goddesses were generally associated with Astarte, Anath, and other West Semitic and Canaanite deities. Next to the smiting god is a Babylonian goddess wearing an Egyptian-style Atef crown. A third crowned figure stands on the opposite side of Ishtar. In an auxiliary scene, two smaller figures stand above a twisted knot and a bird. The elaborate borders and the detailed figures are typical of Syrian seals of this period. An Egyptian ankh and a Mesopotamian sun disk in a crescent illustrate further connections between Syria and its neighbors.