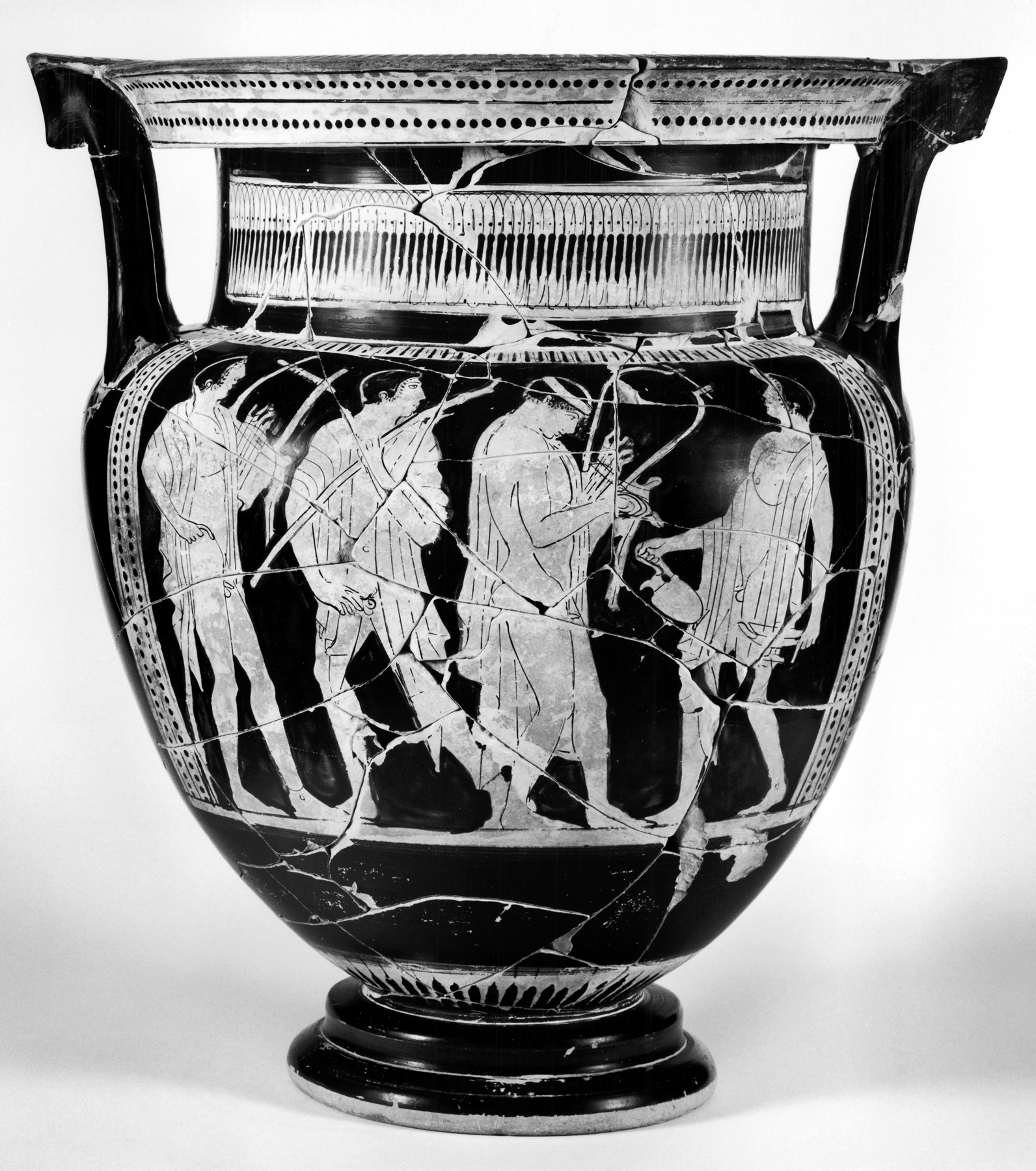 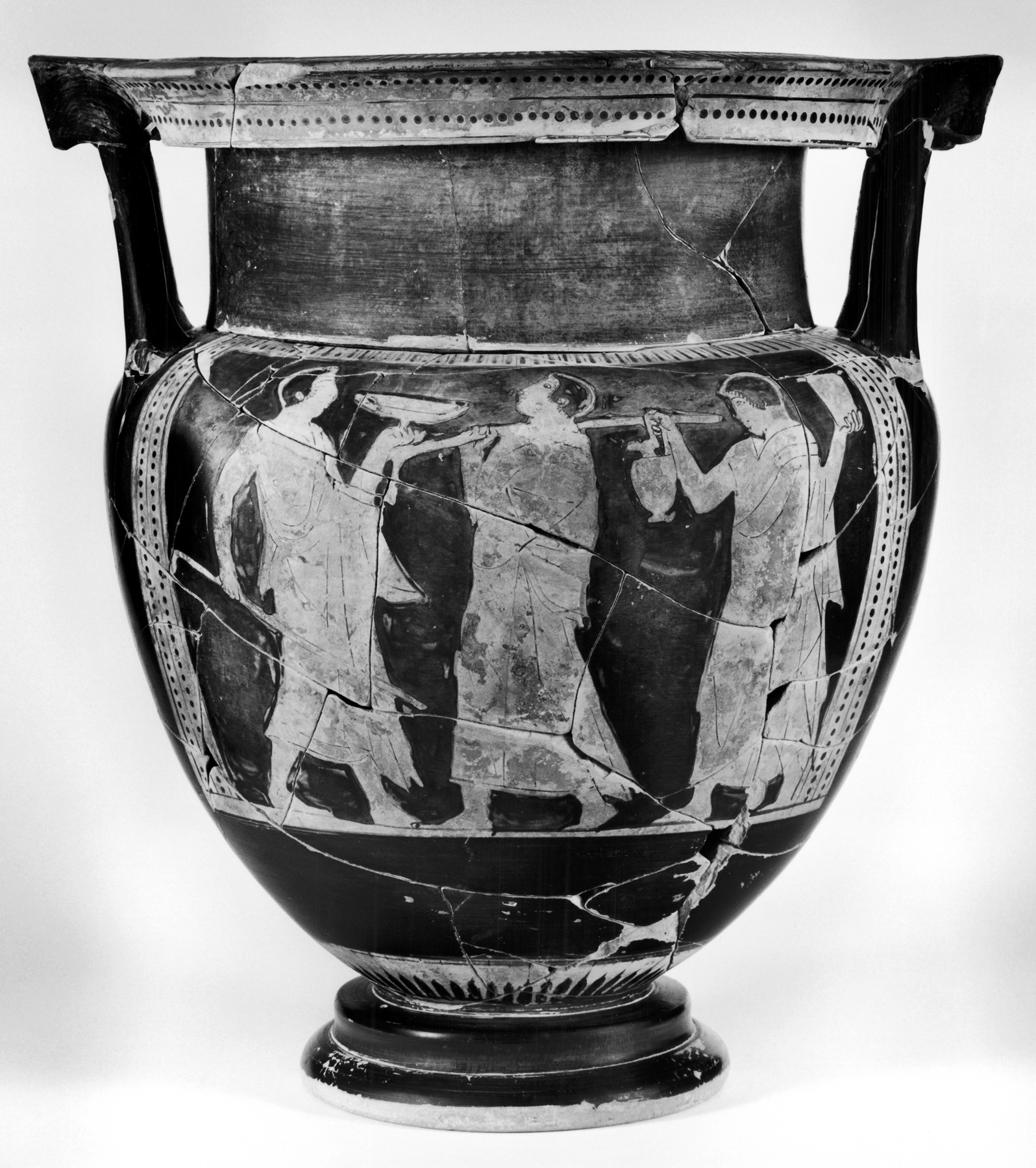 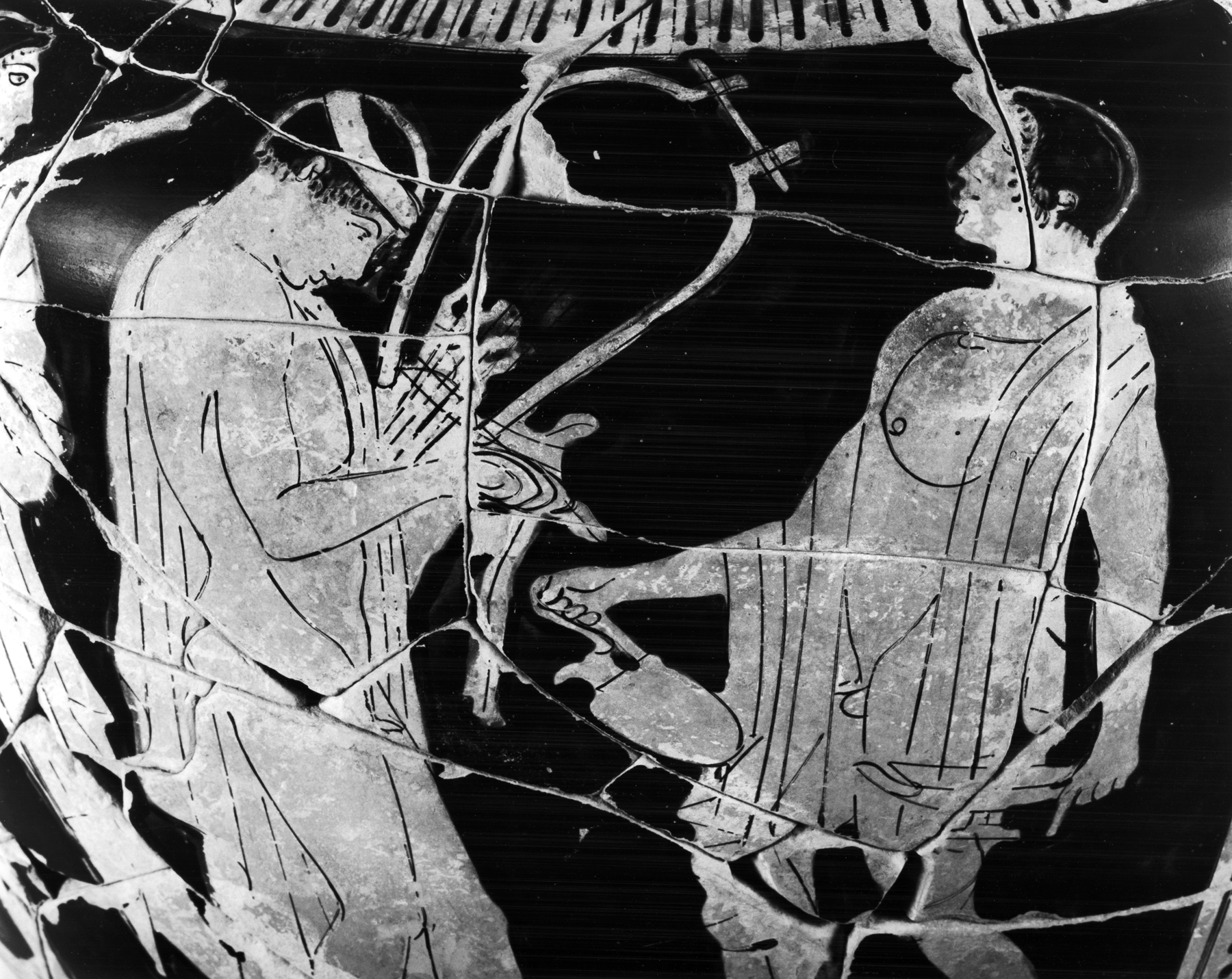 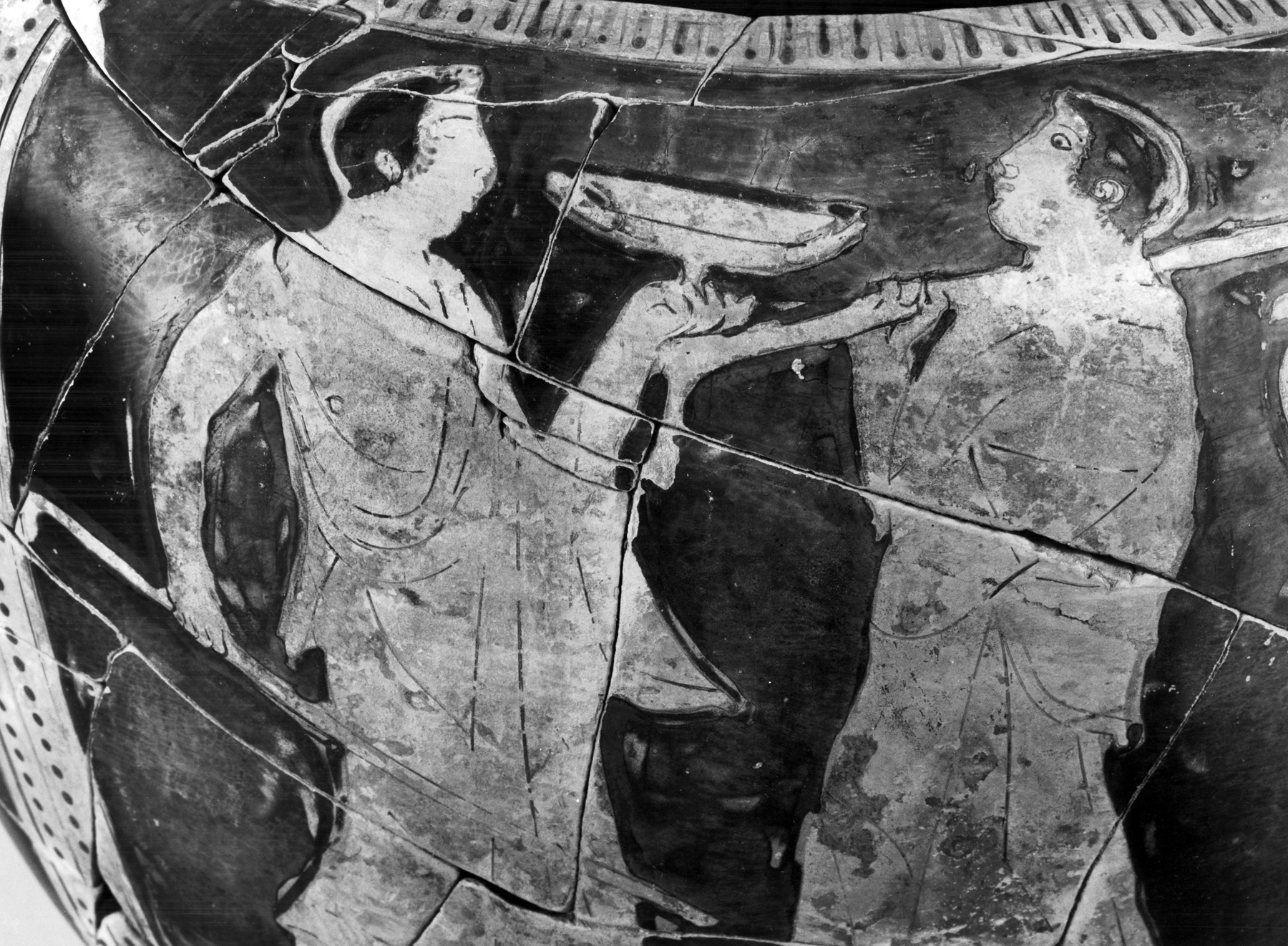 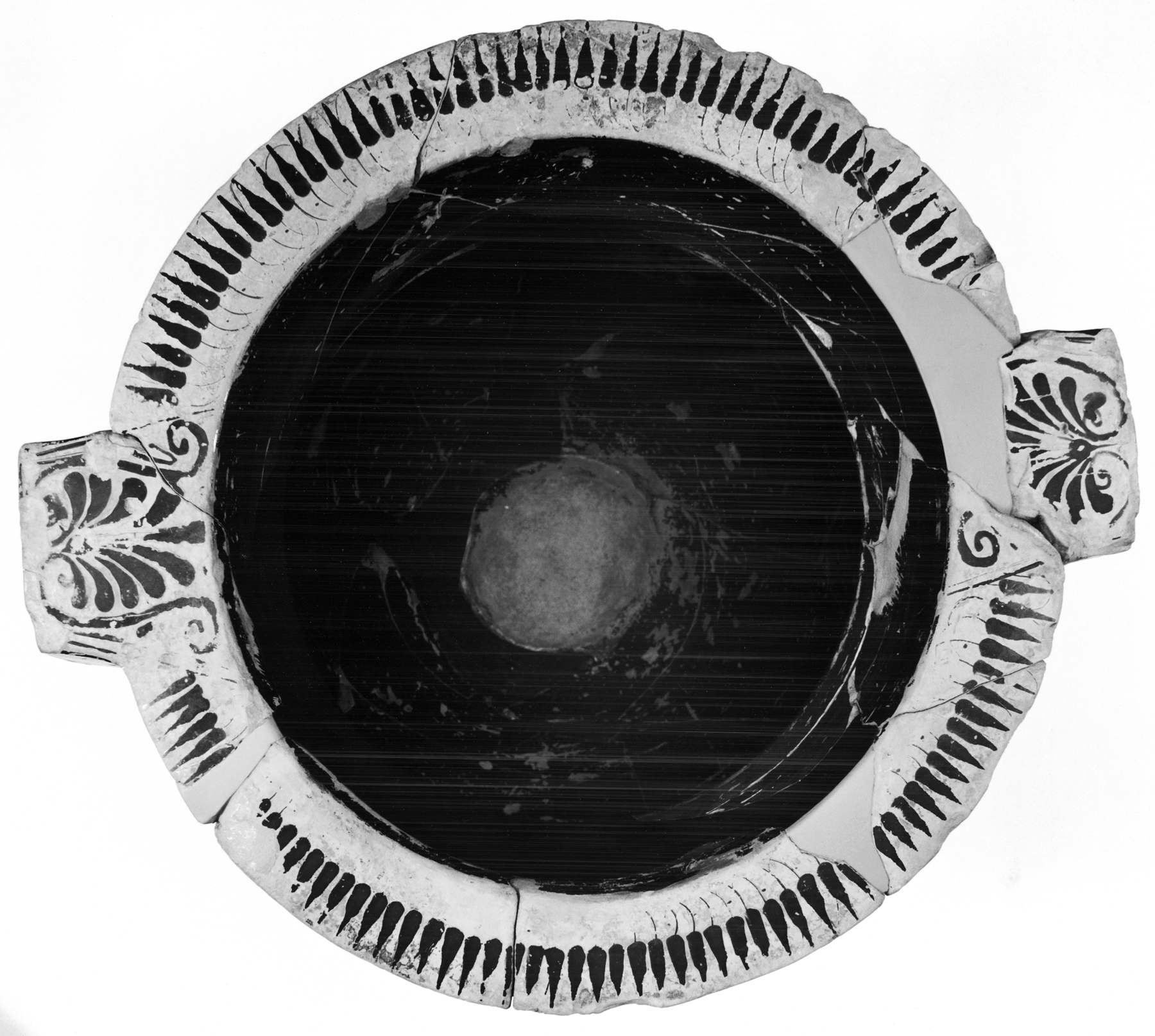 This red-figure column-krater depicts the komos on both the front and back.

On the front left is a youth with a chlamys draped around his shoulders and a wreath around his head. He stands to the right holding in his left hand a lyre with a sash hanging from it; he leans on a staff held in the right hand. In front of him another youth with a chlamys draped in a similar fashion moves left, looking around. He carries a staff in his left hand diagonally across his chest, and with the right he manipulates his genitals. Next is a youth who stands to the right playing a barbiton from which a sash hangs. He holds the plectron in his right hand; the fingers of his left rest on the strings. A chlamys is draped over his left shoulder; he wears a thick fillet. In front of him stands a fourth youth who moves to the left, an oinochoe in his right hand, a kylix in his left. A chlamys is draped around his shoulders, and he wears a wreath.

On the back left is a mantled youth with a fillet who moves right, a kylix in his raised left hand and a staff in the right held diagonally across his lower body. His pursed lips and closed eye suggest that he is engrossed in song. In the center another mantled youth moves left. He holds a staff in his right hand over his shoulder, and tilts his head back as if also in song. On the right a third mantled youth moves left. He holds up an oinochoe in his right hand, and a skyphos in his left.