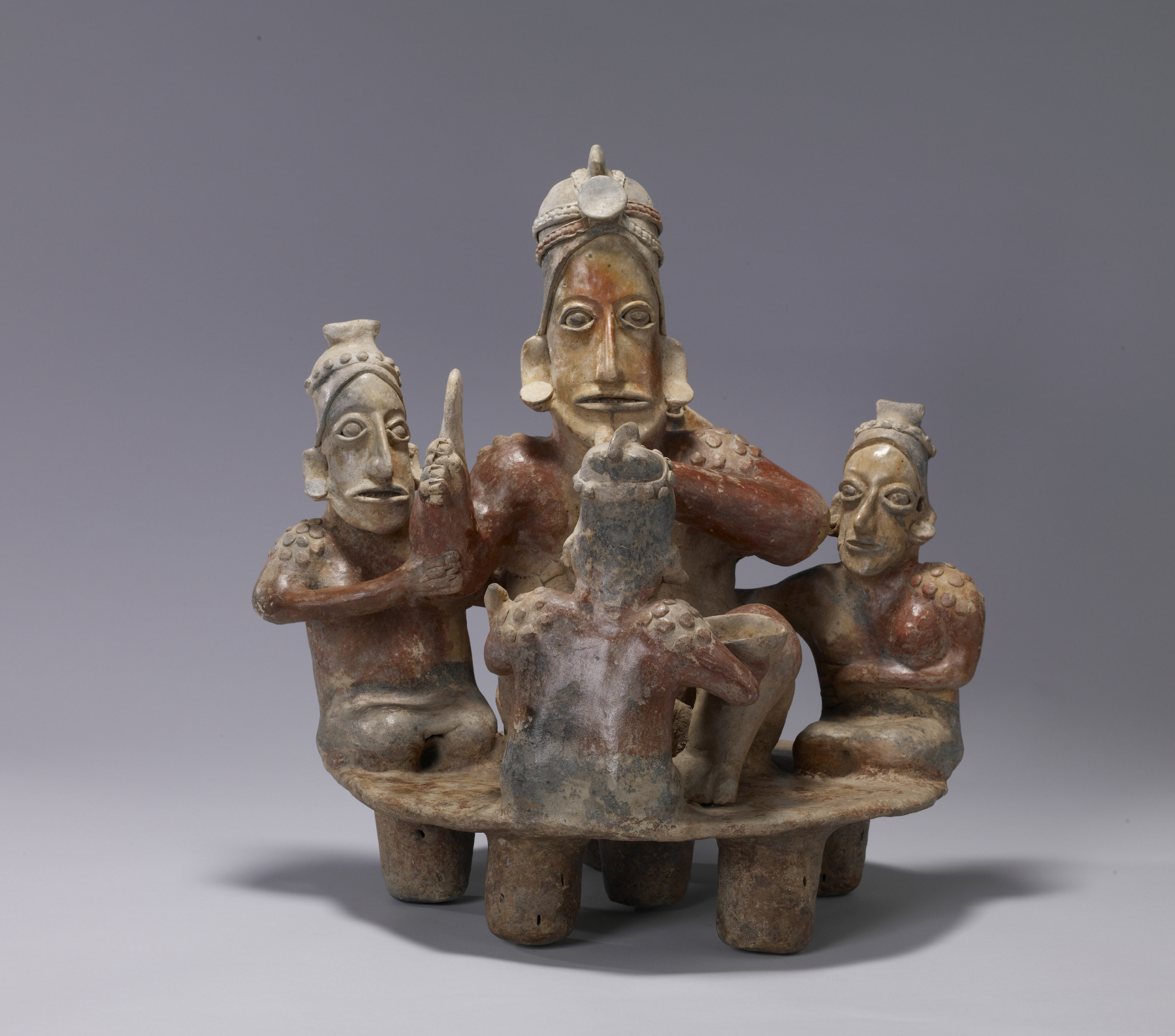 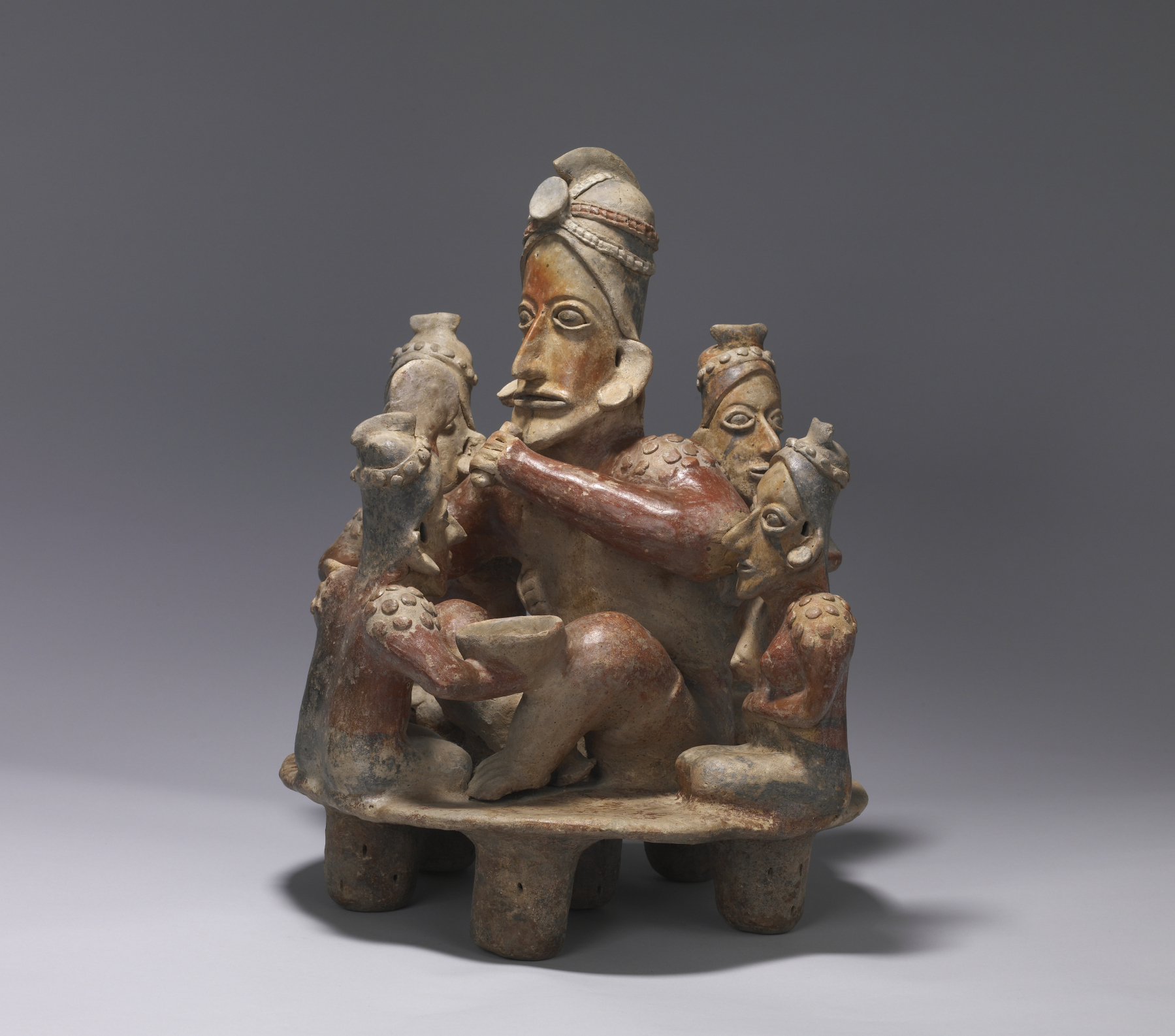 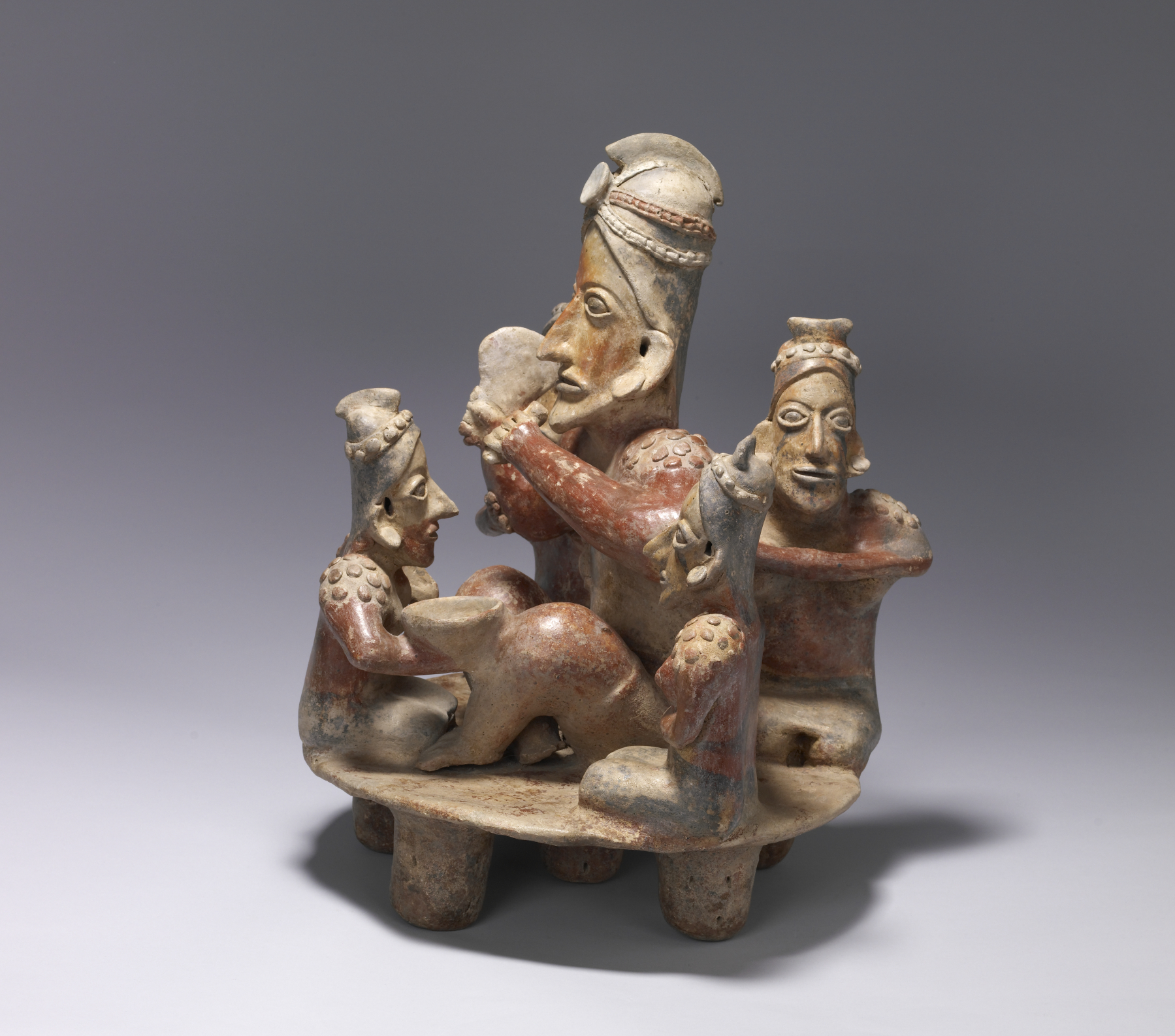 "The Feasting Scene" constitutes a unique sculptural ceramic of exceptional quality produced by the Jalisco ceramicists of ancient West Mexico. Four female figures kneeling around a male figure comprise the sculptural assemblage. The figures are arranged on a circular bench supported by six cylindrical legs. The central figure, an imposing chief or cacique holds a tube or pestle in his left hand and an "hacha" or ceremonial axe in his upraised right hand. One female figure, directly facing the "cacique," holds a small shallow bowl in her right hand and a baton in her left hand. Two of the female figures rest a hand on the "cacique," a gesture indicating relatedness. A third figure, to the "cacique's" right, rests one hand on the chief's shoulder and the other on his elbow. The assemblage has been painted with a red and cream clay slip; details on each of the figures are rendered in resist-paint.

Conventional to the Jalisco figural style are elongated faces, full rounded legs and torsos, erect posture, and vacant, staring eyes. The figures represent elite persons of West Mexico society as indicated by their ornate crested helmets, shoulder scarification, body and facial tattoos, and ear disks. Their position on a raised bench mirrors the context of circular, elevated platforms characteristic of Jalisco ceremonial architecture. These platforms were also painted red and white. Shaft-and-chamber tombs of high-ranking families have been found below the circular structures. A sculptural ceramic such as this would have been placed in mausolea of this type. This sculptural assemblage likely represents an elite family feasting ritual or commemorates an ancestral tradition. Such rituals involved consumption of fermented beverages by a select few. Sculptures depicting group rituals are extremely rare among the corpus of West Mexico ceramics. "The Feasting Scene" therefore represents a remarkable exception to Jalisco visual art conventions.

Gift of George and Julianne Alderman, 2003