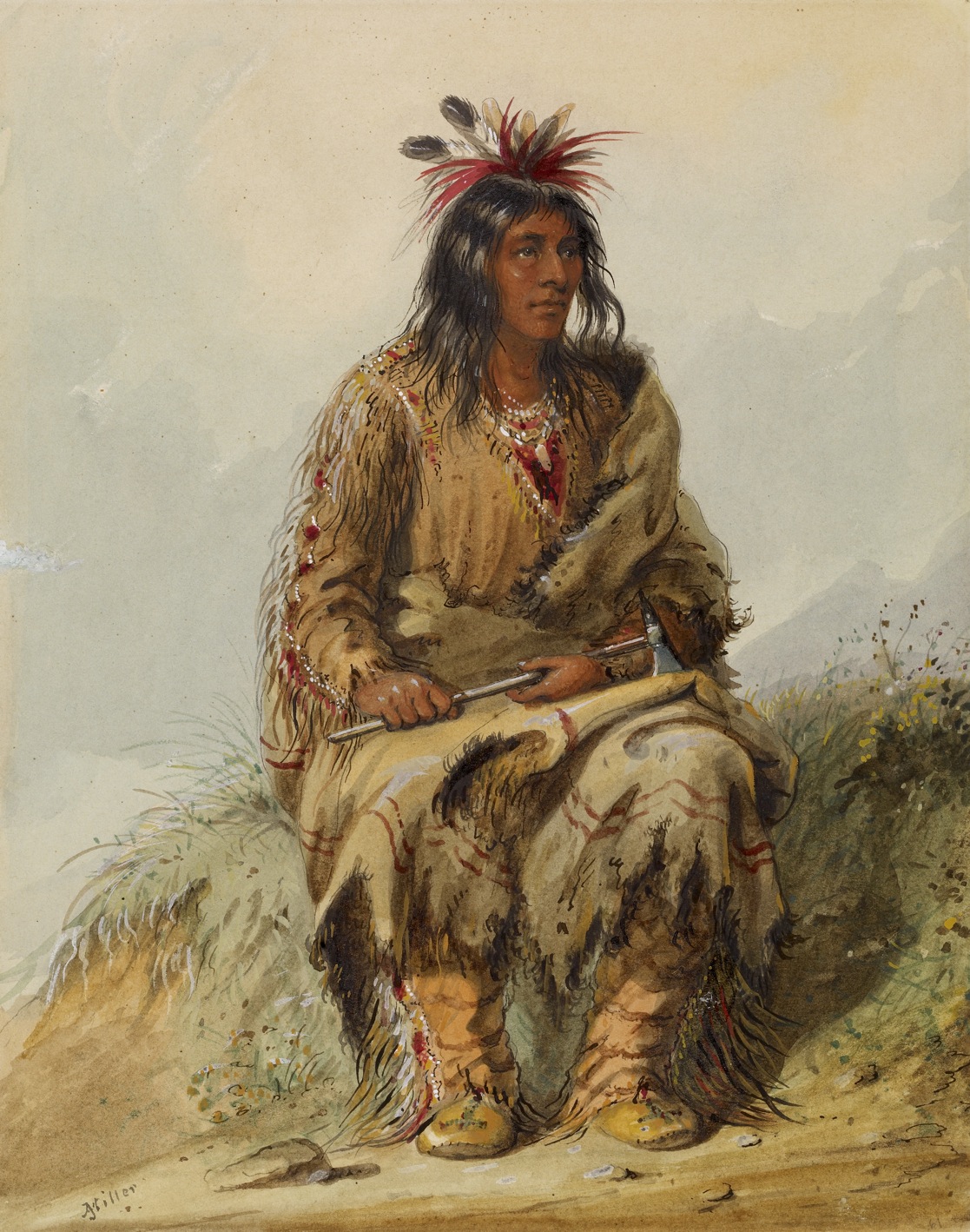 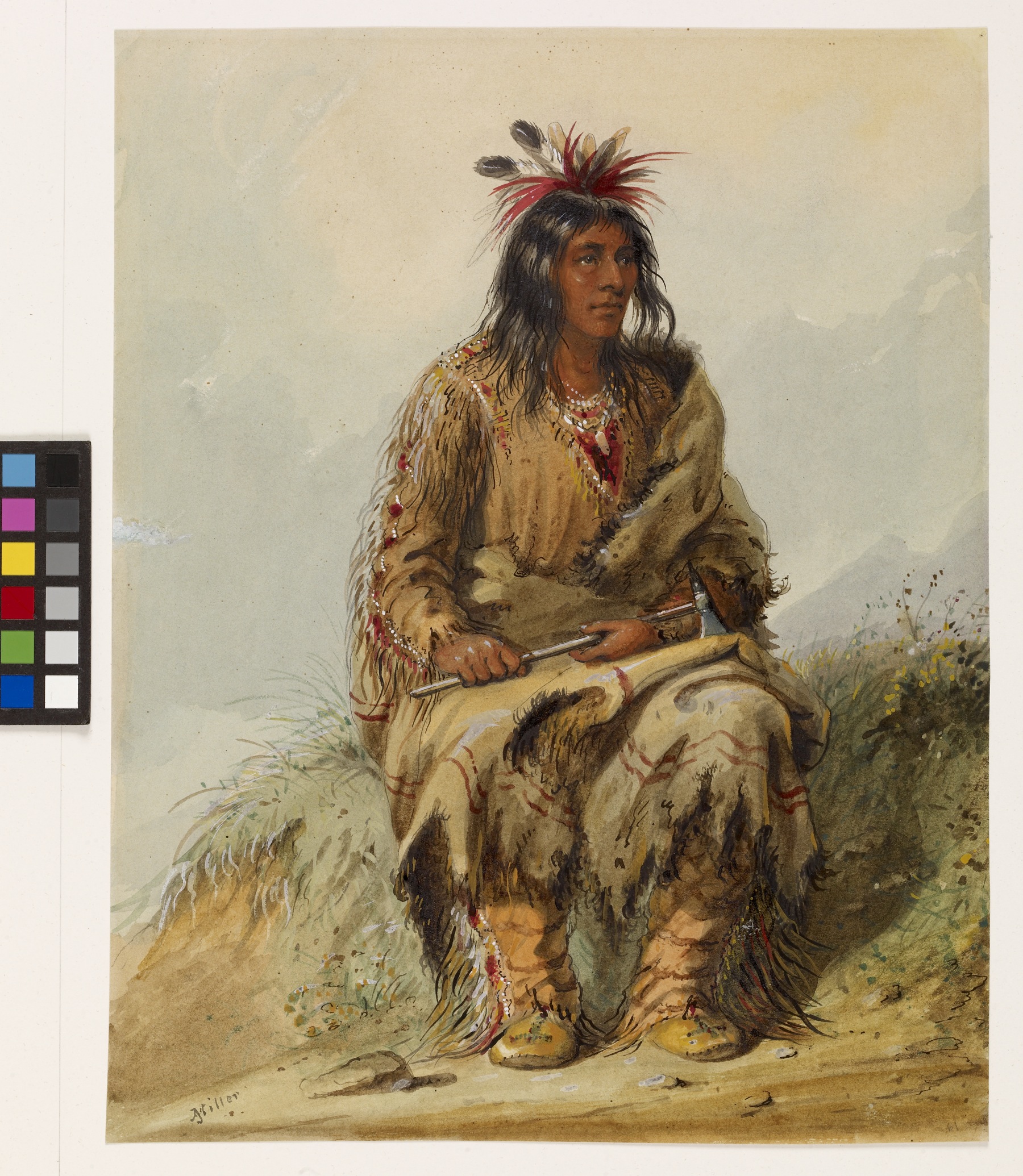 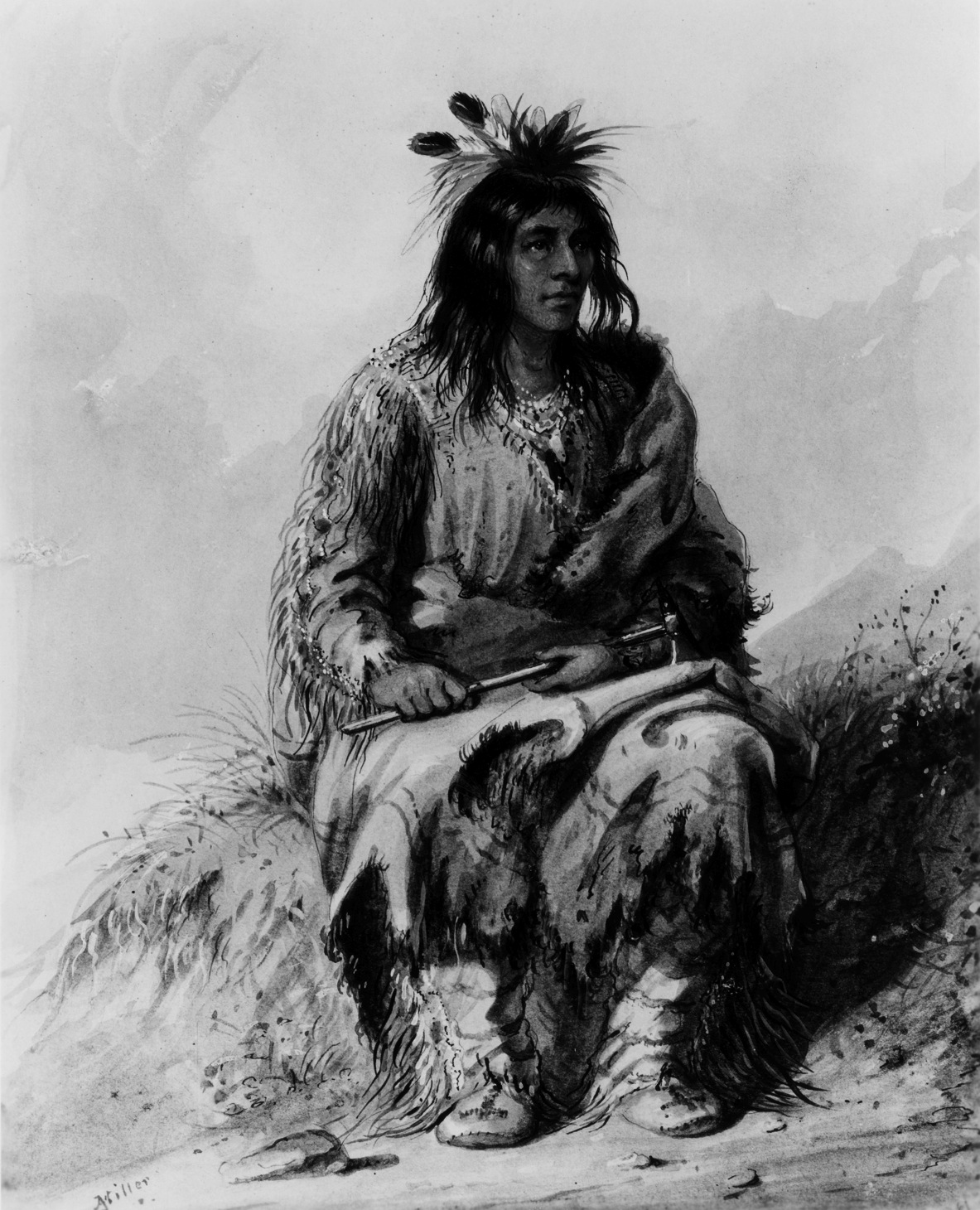 "This once powerful and ambitious tribe has dwindled away to a mere shadow of what it was at the time of the Revolution. During the war between the French & English for predominance in America, each of these parties made every effort to engage this tribe as an ally." A.J. Miller, extracted from "The West of Alfred Jacob Miller" (1837).