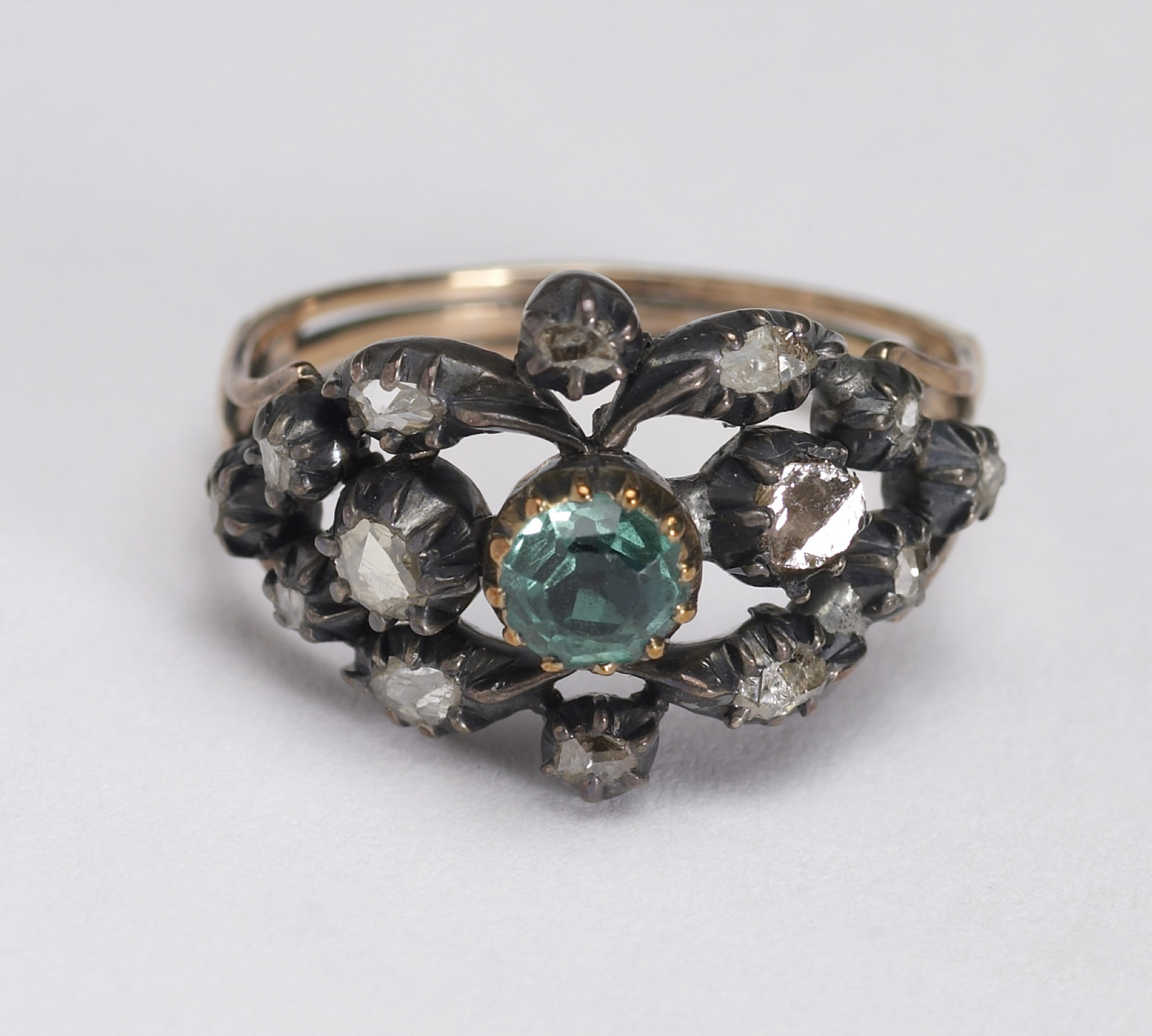 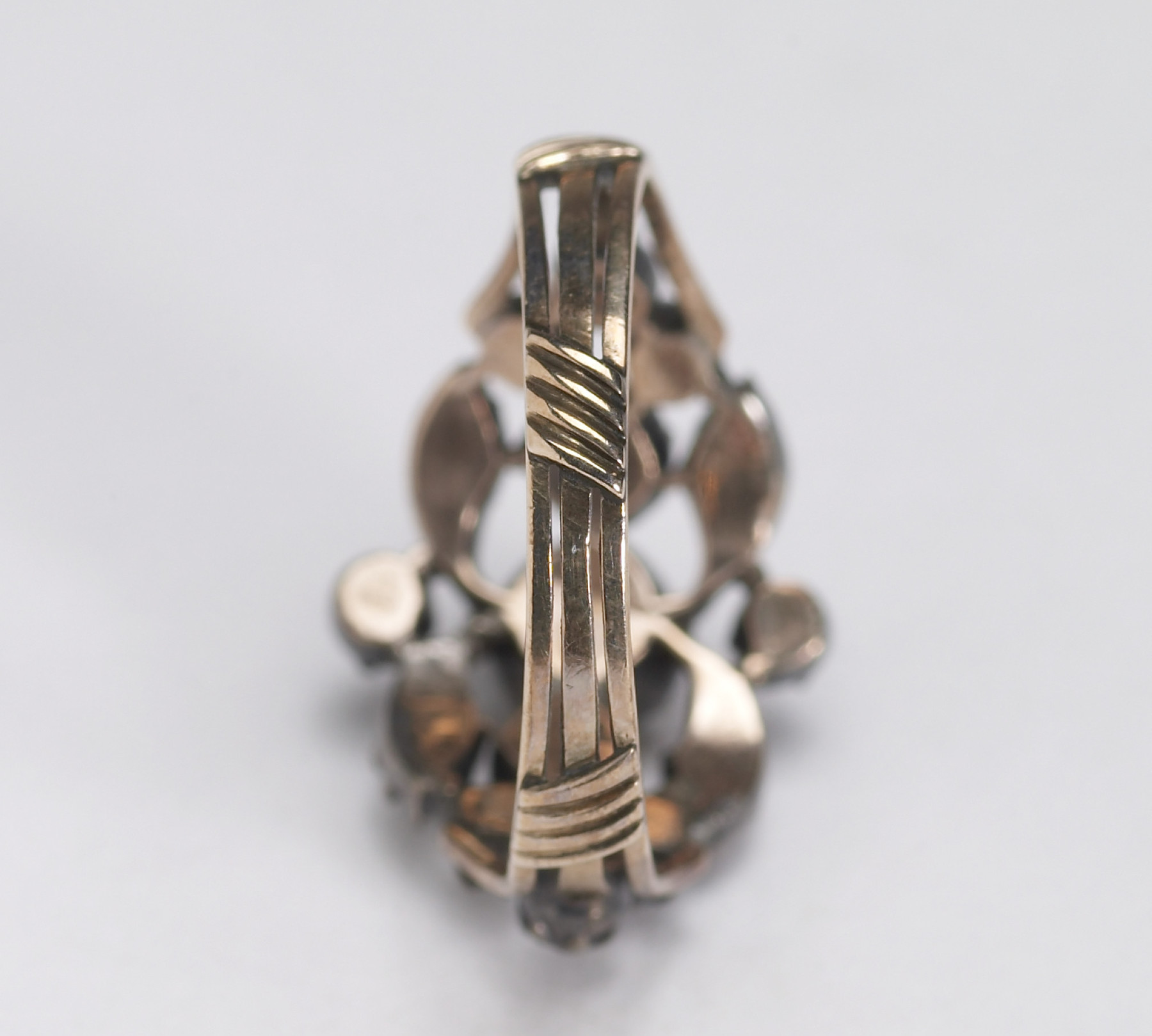 This ring has an openwork cluster bezel with foliate scrolls set with diamonds centered on a tourmaline.